In short, 2014 was a roller coaster ride. There were plenty of ups and plenty of downs. As I’ve been thinking back on this past year, I find it interesting that my crowning moment of the entire year came just 12 days into it…

Yep, on January 12, 2014, I joined the 1 percent who will ever finish a full marathon. On this day, I became a proud marathon finisher at the Walt Disney World Marathon. You can read the recaps here and here. It was a day I don’t think I’ll forget for some time. Even as I remember that day, I still can’t believe how well it all went! All the hard training lead to a glorious finish! No one will ever be able to take that moment away from me!

On the low side was the OC Half Marathon. While I would eventually finish about 30 seconds slower at the Disneyland Half Marathon, this was my slowest half marathon to that point. In all the races I’ve finished, this was the one that was the hardest. By mile 8 I was done and felt so defeated. I kept going and eventually finished. However, it was a low point in my running for the year. You can read that race recap here.

By year’s end, I had accumulated all of this runDisney bling! That’s 7 runDisney medals earned… 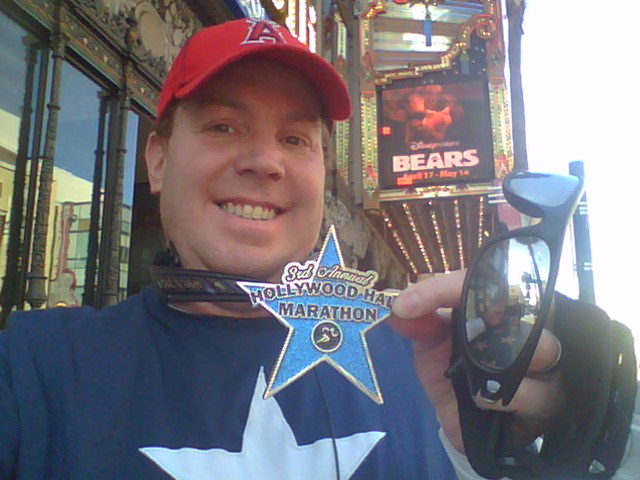 I also finished the Hollywood Half Marathon…. 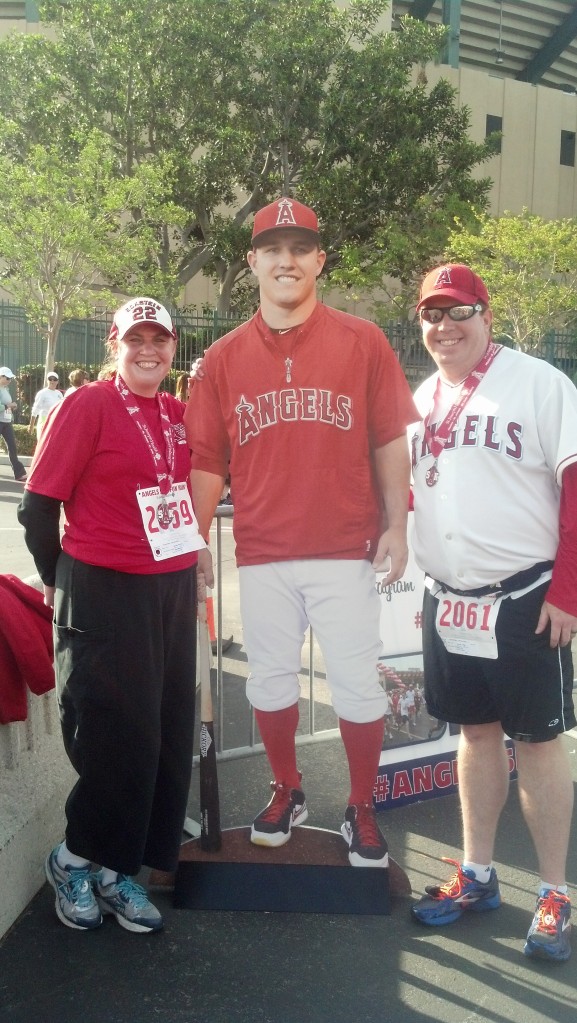 And the Angels Baseball Foundation 5K! For a total of 13 medals earned over 2014! That’s… My favorite new addition to the blog are the Virtual Disney Trips. These started with a time in life where I was very stressed out. A friend suggested that I needed a day at Disneyland. Since that wasn’t possible at the moment, I took to You Tube and a new idea sprung to life. To see all the Virtual Disney Trips, click on the tab above, or click here. Each week, these posts take some time to finish. However, they are a complete labor of love.

Outside of running, there some pretty cool things that happened this year. The coolest experience for me was getting to sing on Good Morning America with the Disney Employee Choir for the 50th Anniversary of It’s A Small World! I was up earlier than a runDisney race and it was totally worth it! So much fun!

On August 8th, Brooke and I celebrated our 5 Year wedding anniversary with a weekend get away trip to Carlsbad Beach. Carlsbad has quickly become one of our favorite get away spots. So, staying at a hotel right across the street from the beach was wonderful.

On August 4th, I took a leap of faith and said “yes” to moving from the Corporate Legal Rights Administration Secretary to the Corporate Legal Copyright Secretary at the Walt Disney Company. That move has forever altered my life. I’m still trying to figure out some things away from work. However, my work life went from a job with a lot of down time to a job with no down time. So, my blogging habits had to change and so did my exercising. I switched from being a mostly night-time runner to a morning runner out of necessity.

So, now, I wake up early and hit the streets. The other cool thing that this job switch lead to was a promotion! On November 17th, I started working as the Copyright Coordinator! I love my new job! I also love having a Main Gate Pass to the Disney theme parks!

So, with all that good, why would I say it’s been a roller coaster of a year? Brooke and I are still waiting to be a family of 3. The wait for someone to choose us to raise their child continues. Year 2 of waiting was much more difficult than year 1. While we keep getting told that an end will come, it’s still oh so hard to wait. More than anything, I hope this is the last year that ends without a child in our home.