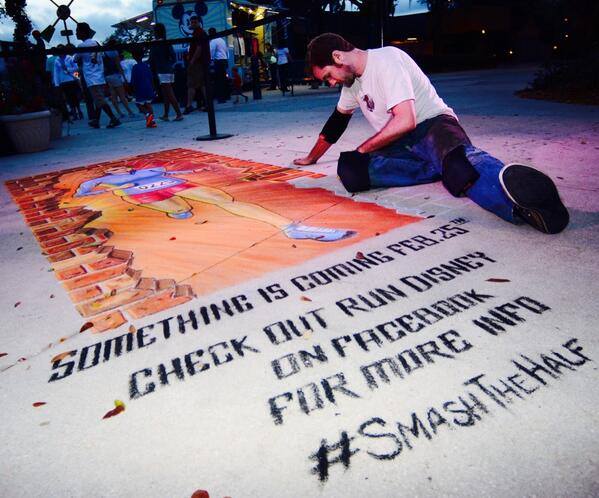 So, on Tuesday, runDisney announces their newest race weekend and the runDisney fans go nuts on social media. All runDisney had to do was send out this photo via Twitter and the hype began to build. All of the people I read were talking about what this announcement could be. We discussed it on the various forms social media with guesses of what we wanted it to be. We analysed what it could be. Then, on Tuesday, runDisney made their announcement. For people like myself, who live out on the West Coast near Disneyland, this was awesome news! We got our third runDisney event at the Disney theme park closest to us. To many on the East Coast, this news bummed them out. The Avengers Super Hero Half Marathon weekend is just one week after the Wine and Dine Half Marathon Weekend at Walt Disney World. Many people lamented on what to do. Do you run both races? Just one? Or wait until next year? Others took notice that this race weekend was not happening in January. I think a lot of us assumed that news of an Avengers themed half marathon would take place in January to fill the vacated date formerly held by the Tinker Bell Half Marathon (to be held in May beginning 2015). So, a new debate raged on. 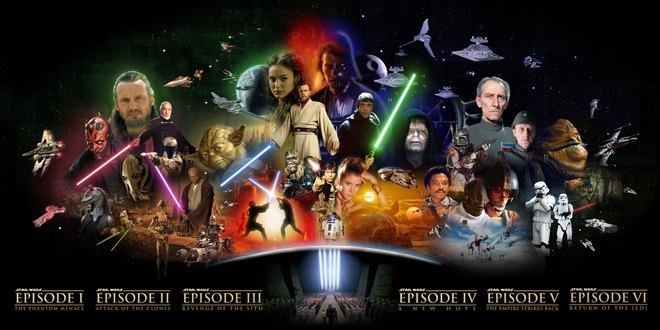 The weekend after the Walt Disney World Marathon, runDisney staged the Tinker Bell Half Marathon at Disneyland. Even though I was back in town, I did not race in this race. Gasp! I know. What was I thinking? Well, when time came to register for this race, I simply needed to put my money somewhere else. So, after running in the first 2 Neverland 5K’s and in the 2013 Tinker Bell Half Marathon, I opted to skip this wonderful event. It was hard as I observed through social media other runners experiencing the joy of running a runDisney race. It tugged at my heartstrings a bit and made me wish that I was there as well. But, guess what? I survived and have lived to tell the tale of missing a runDisney event.

Last weekend, a bunch of other runners got to participate in the Princess Half Marathon Weekend at Walt Disney World. I followed along with various runners as they completed the first Glass Slipper Challenge… 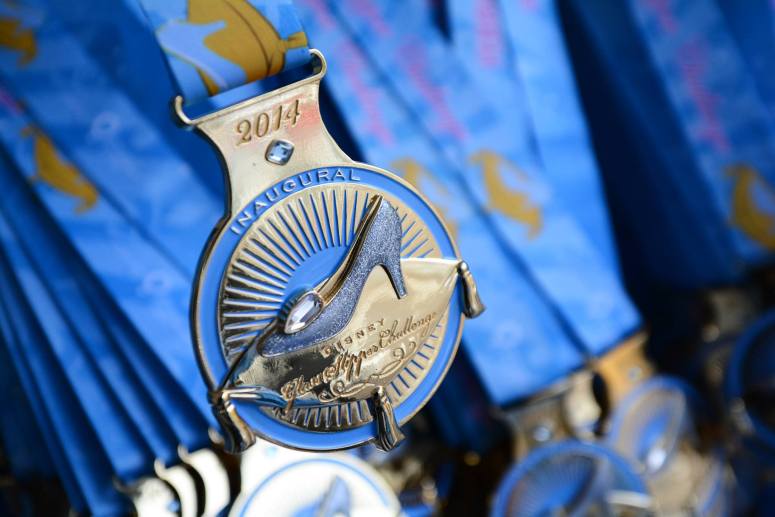 They earned more medals and had fun running through EPCOT and the Magic Kingdom. Again, as I watched, I wished I were there. But, much like the Tinker Bell Half Marathon, I survived and lived to tell the tale of missing another runDisney event. I even felt happiness for those I was following. Let’s face it, the runDisney events are fun. That’s why we run in them. The finisher medals are high quality. 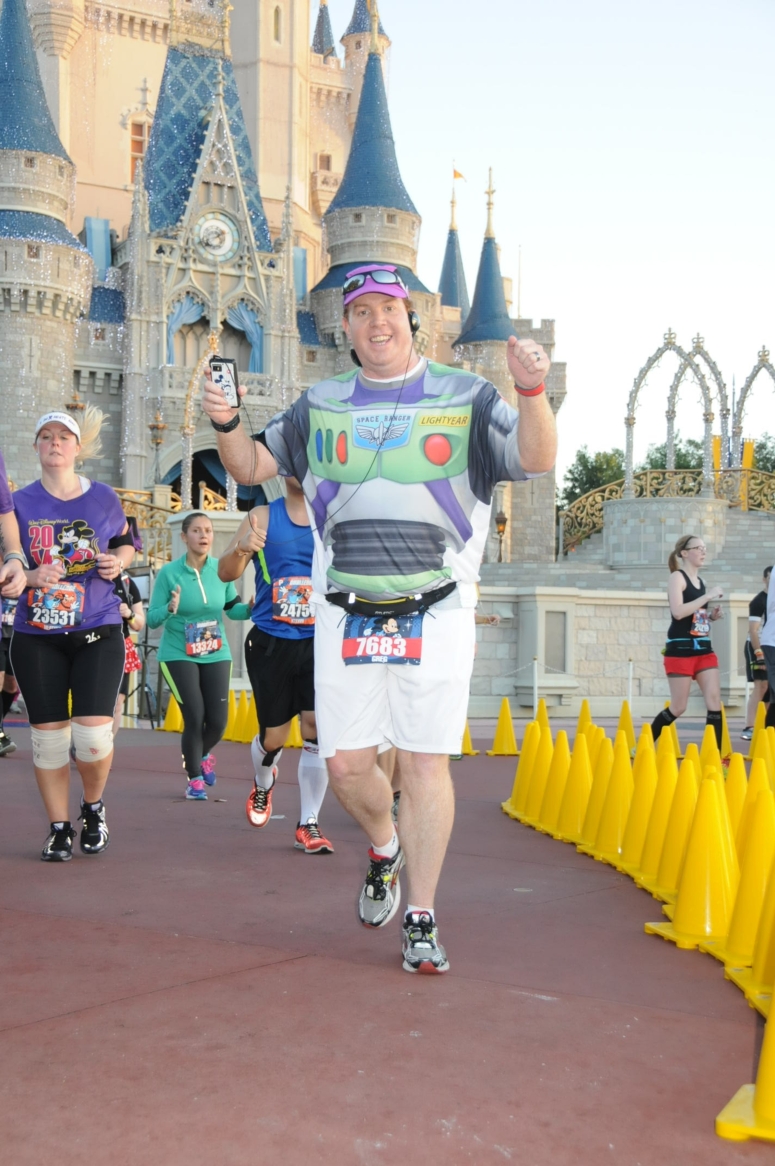 and we all love the opportunity to have unique photos like the above of us running through the Disney theme parks. The cost of running in these events is really high. Like so expensive you could run in 2 or 3 non runDisney half marathons for the price of 1 runDisney half marathon. I know that running in the runDisney races is still a magical experience for me. However, the reality that the races cost so much weighs heavily as well. I have to realize that I simply cannot run all the races. That’s where I’m at in life and that’s okay. Others have the funds available to them and choose to run all of the runDisney races. I say…good for them. If I had the money and vacation days available to fly to Orlando a few times a year, I might do the same. I can’t. There are plenty of other races that are awesome other than the runDisney ones.. 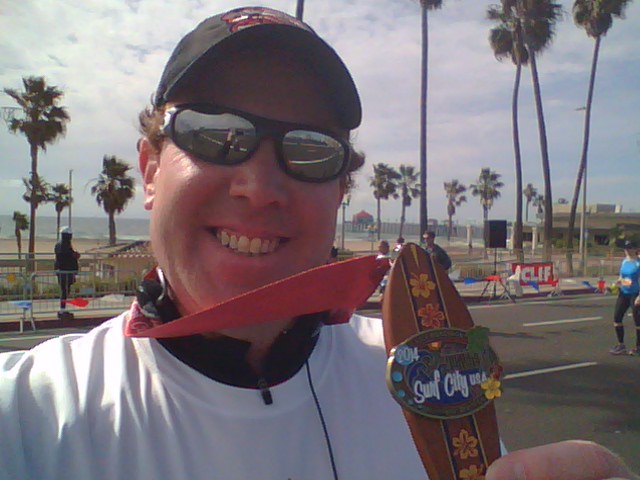 They have cool medals as well. I loved running in the Surf City USA Half Marathon and plan on doing so again next year! So, if you can’t run in any of the runDisney races, don’t worry. Life will continue and there’s always next year. If runDisney decides that staging a Star Wars themed half marathon in January 2015 at Disneyland is what they want to do, it’s okay. If they decide to follow the “brilliant” advice of us fans and stage it in conjunction with the Star Wars Weekends at Walt Disney World, that will be okay as well. Instead of focusing on the races we aren’t able to run in, let’s just be thankful for more opportunities to run and realize that more races means more people will get the opportunity to exprience the runDisney magic. Personally, I hope they do add another half marathon (or even a full marathon) at Disneyland. If they don’t, I’ll be thankful that we now have 3 to choose from. Choices are always good!