Last week was not good for my workouts in any way. I may have blown any chance of that half marathon PR I wanted. This past week, I didn’t get in any workouts at all. They say you need the taper time to recover. However, missing every run isn’t a good idea. The problem is over-scheduling. I’m trying to learn that, with a little one in the home, I don’t have the same opportunity to recover from a tiring day. It was a totally fun, but exhausting week. Let’s look at what got in the way of my runs…. 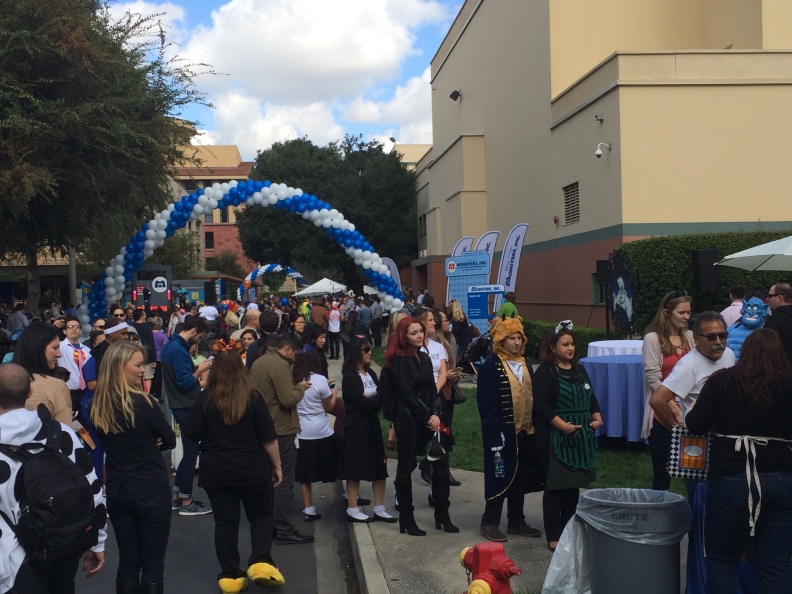 On Monday, it was Halloween. That meant it was time for the Halloween celebration at the Walt Disney Studios.

There was this guy making come cool pumpkins…

There was this cool set design from the upcoming Walt Disney Animation film “Moana.” 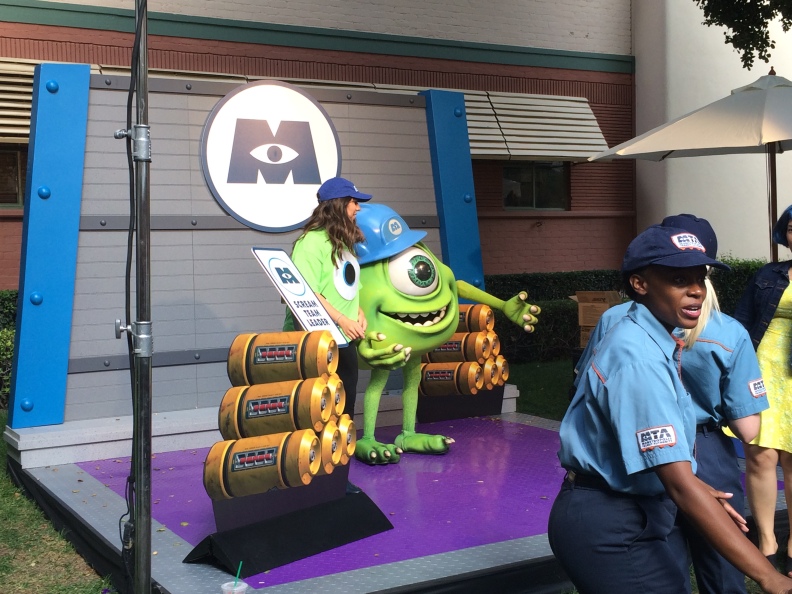 There was this photo op with Mike Wisowski… 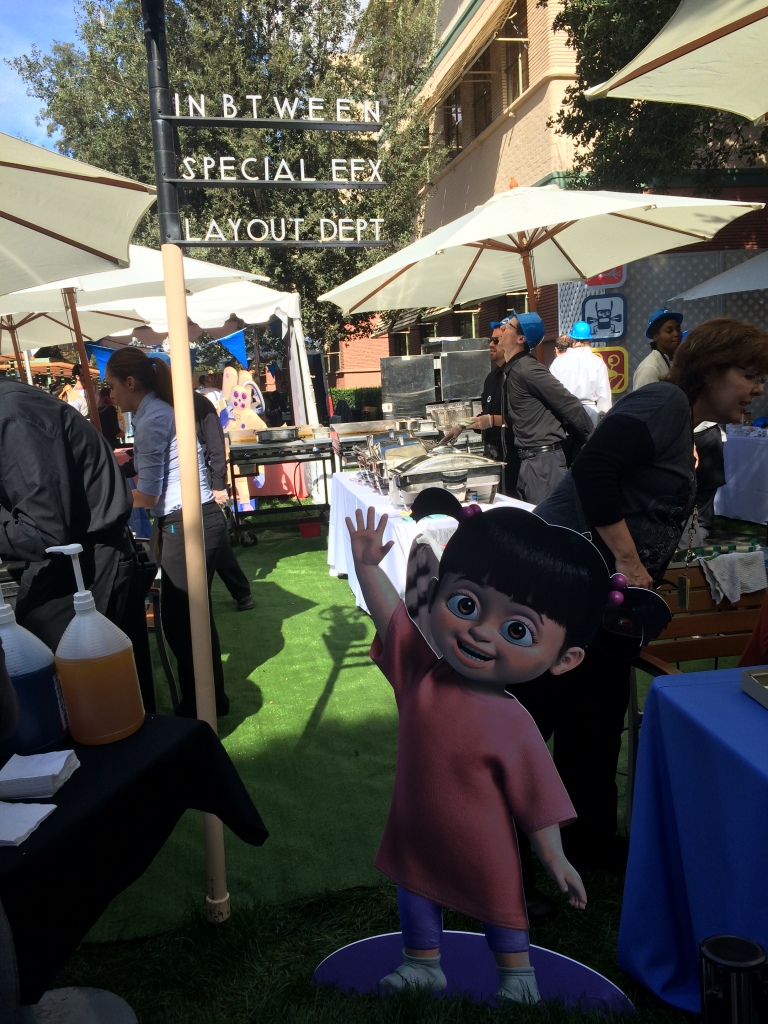 The theme for the celebration was the 15th Anniversary of Monsters, Inc.

The popular event is the costume contest. This tie-fighter was my favorite of the whole contest. 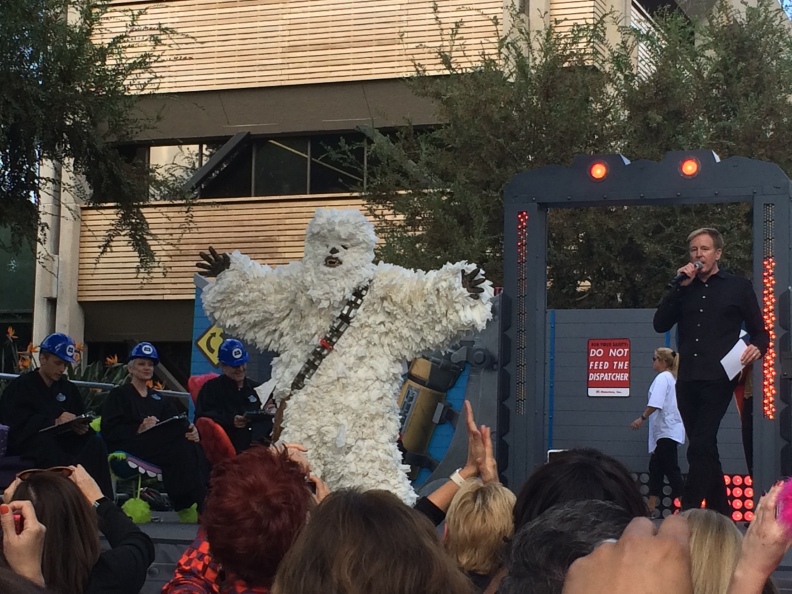 and this Trade Sam’s bartender! It was such a fun lunch time event! 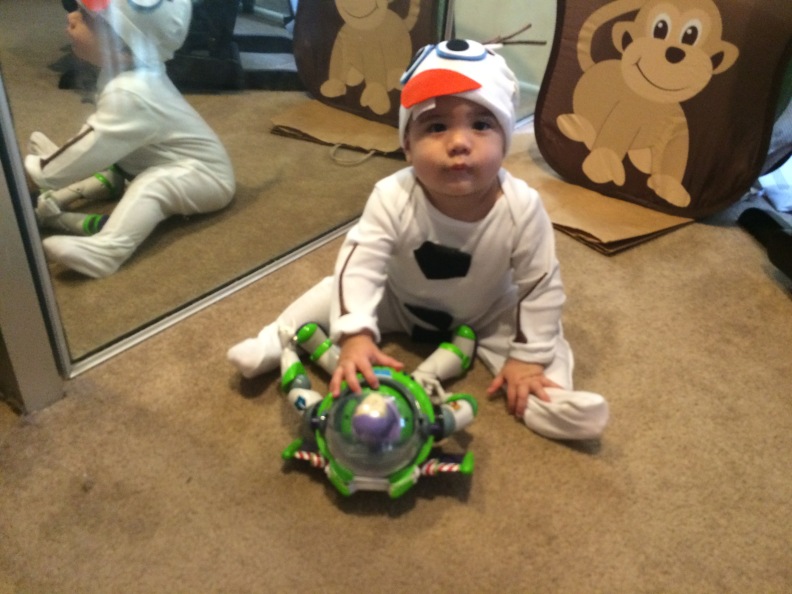 For those that might be wondering, my boy was Olaf for his first Halloween. Love this kid so much!

On Tuesday, the Disney Employee Choir got to sing at a fundraiser for the Walt Disney Family Museum! It was so much fun, but a very long day. We had a 2pm call time and I didn’t leave until just after 11pm. This event was super cool! We were there as a secret surprise for Marty Skalar. Our involvement in the evening was to back up Disney Legend Richard Sherman in singing “One Little Spark.”

The song is the main song of this attraction. For the reprise, Neil Patrick Harris joined us in singing! Neil Patrick Harris was the evening’s MC. Larry the Cable Guy was also part of the entertainment. The Walt Disney Family Museum hosts one fundraising event per year. I’m not sure how much they raised. However, the last item up for auction went for $60,000! I wish I had that much money to spend.

On Wednesday, I was supposed to do my first mid-week run of this week. However, the Chicago Cubs won their first World Series since 1908! With such a historic (and turned out to be epic) game 7, I had to watch. Sometimes, you’ve got to give up your plans when you can watch history happen. My wife’s family is from Chicago. So, I have a soft spot for the Cubs. I’ve even been to Wrigley Field. As a kid, when I was home sick during baseball season, I’d watch the Cubs on WGN and listen to Harry Cary call the game. So, it was really cool to watch them finally win a World Series Championship. What a game it was!

By the time Thursday rolled around, I was wiped out. I was up late on Tuesday and Wednesday and was paying the price for it on Thursday. So, it all added up to no run.

Okay. So, this photo is from Halloween. However, on Saturday, we took our photos for a Christmas card. Even though I have digital copies of the photos, none will be posted here until we send them out. So, this Halloween Holiday photo will have to do for now. The photo session went amazingly well. Honestly, some of the photos nearly brought me to tears. I mean, we’ve been waiting so long to be a family of 3. Now, here we were, a family of 3 taking photos for a Christmas card. Seeing that image in those photos was everything. We’re a family of 3 now! God is so good!

So, the week ended with no runs and no workouts. I over scheduled myself and paid the price. When I head into Los Angeles Marathon training, I’ll need to keep better control over my schedule.