On the day after the TCS NYC Marathon there is this thing called “Marathon Monday.” At the Marathon Pavilion, there is discounted merchandise and finisher’s gear. You can also get your pic taken at the finish line! Also, you can get your medal engraved for free!

By the time I arrived, the line was insane and too long for me to wait in. After all, I really wanted to get the boat cruise that took me to the Statue of Liberty.

So, after checking out the craziness at Marathon Monday, I headed off to the subway to get to my cruise. I loved some of the artwork around various subway stations. This one was no exception.

I arrived earlier than expected to the Circle Line Sight Seeing cruise. In retrospect, I could have arrived 5 minutes before the cruise left and still made it as the cruise was nowhere near capacity. The top deck (where I was) had a lot of empty seats. That made for a cruise where I could walk around to get the best pics possible.

We backed out and I got a couple of good pics of the USS Intrepid (where I would go next). They even had a Concorde Airliner jet by the Intrepid! 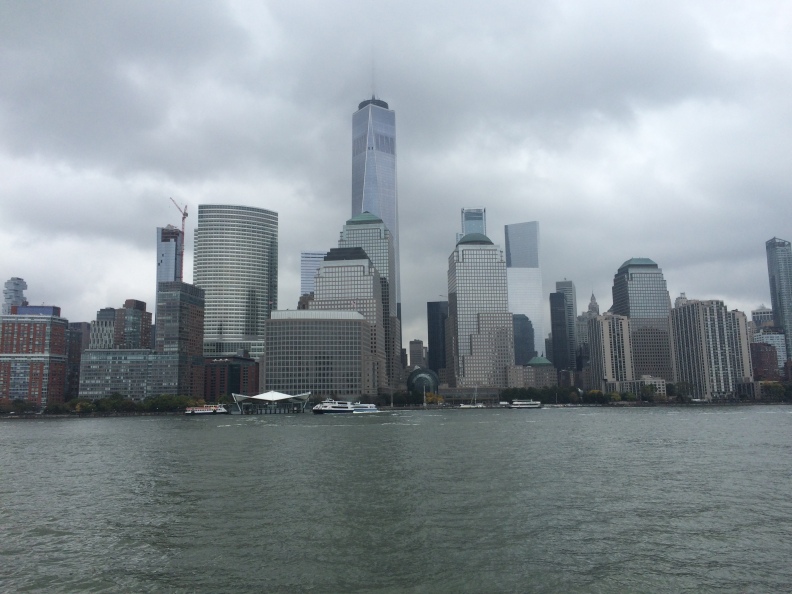 It’s a bummer that the day was so cloudy. Even with that, I got some great views of the New York City skyline. In the center is the One World Trade Center. It’s the skyscraper that was built following the tragedy of the attacks on the two towers that used to stand at the World Trade Center.

Of course, I had to take the opportunity to get some medal pics. It was also #MedalMonday after all.

On the New Jersey side of the cruise, we passed by one of the largest clocks in the world…at least that’s what I think our tour guide said.

We also passed by Ellis Island. This is where so many immigrants passed through on their way to the United States. 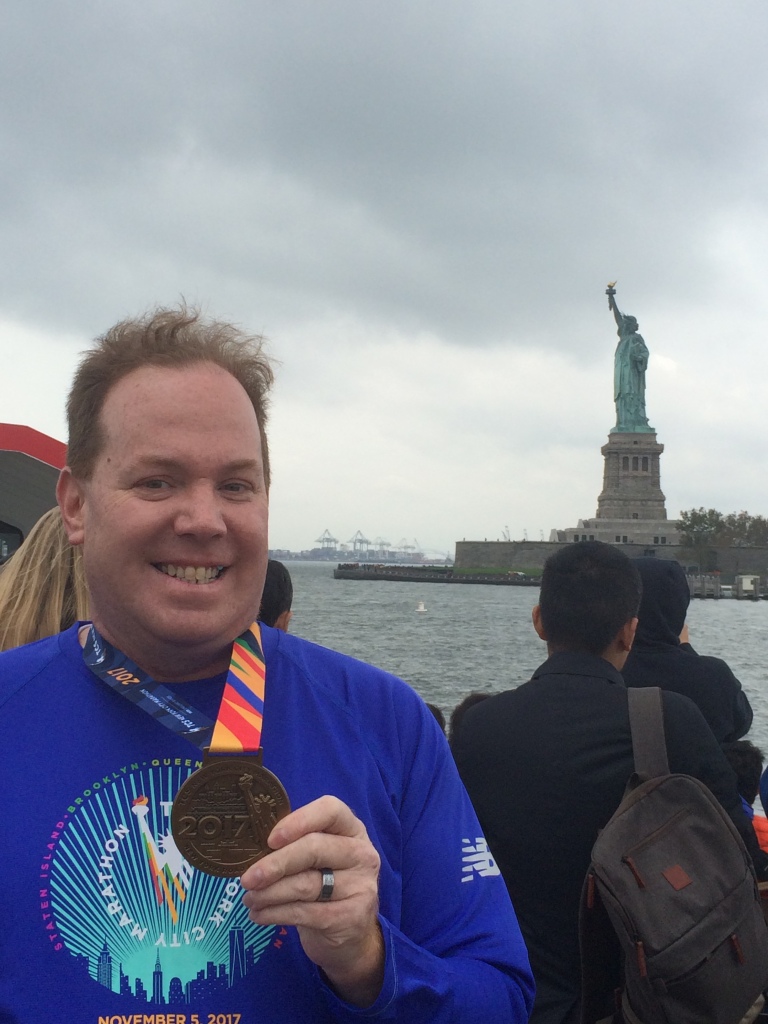 Not far from Ellis Island, was Lady Liberty herself! 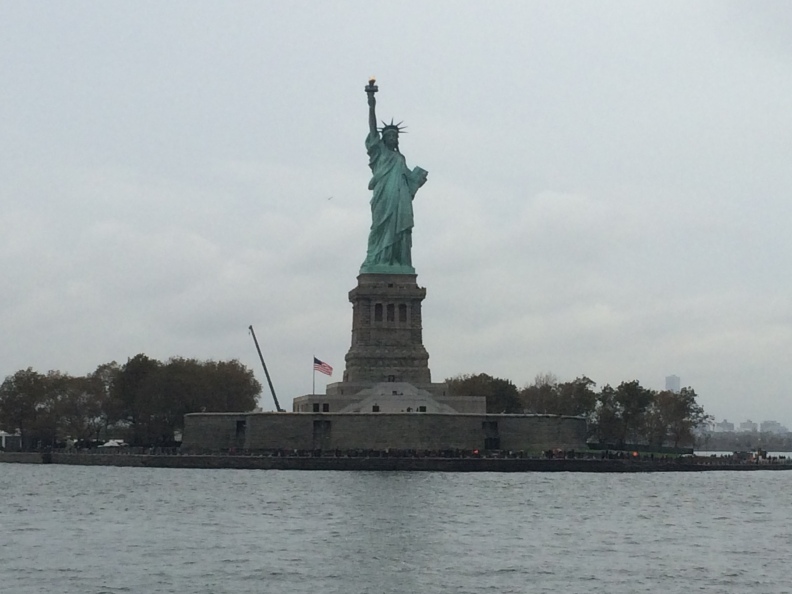 This is the very first time I’ve seen the Statue of Liberty up close and in person. On my first trip to New York, she was in the process of being renovated and under scaffolding. So, I didn’t get to see her. 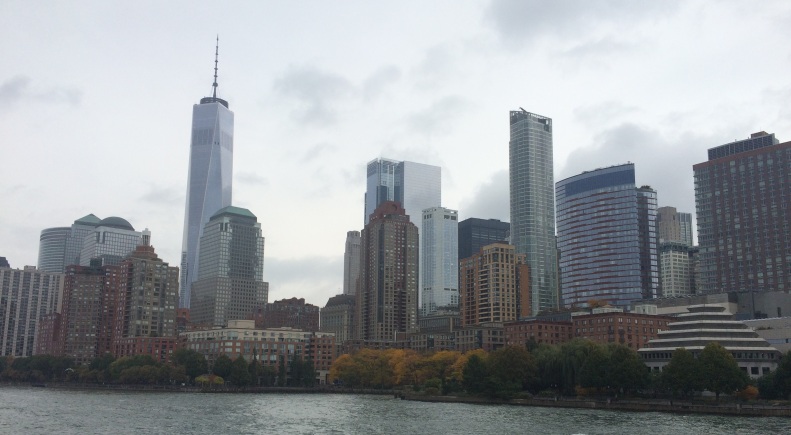 The New York City skyline is pretty spectacular if you ask me.

Look! The Empire State Building! The cruise was every bit as awesome as advertised and I’m so glad I made it to this item on my agenda!

The cruise ship docking point was a hop, skip and a jump from the USS Intrepid Air, Sea, and Space Museum. So, you know I had to go and check it out.

I quickly made my way to the top deck because…. 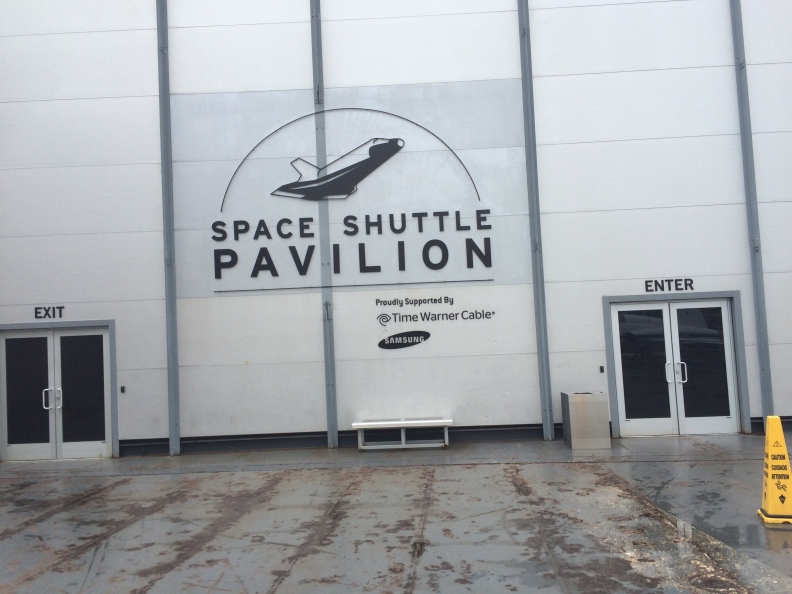 At the end was my main purpose for visiting.

Earlier this year, I finally made it out the the California Science Center to see the Space Shuttle Endeavour.

So, when I found out that there was another space shuttle in the NYC, I had to go. 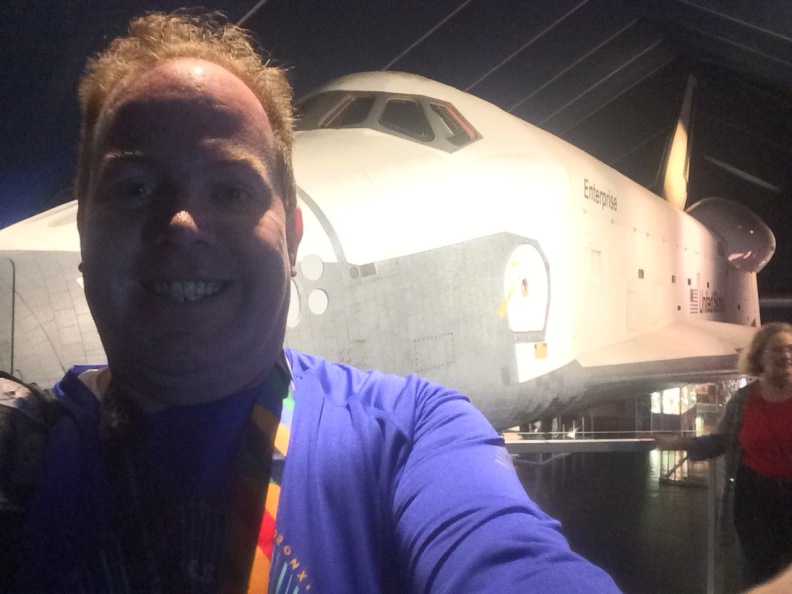 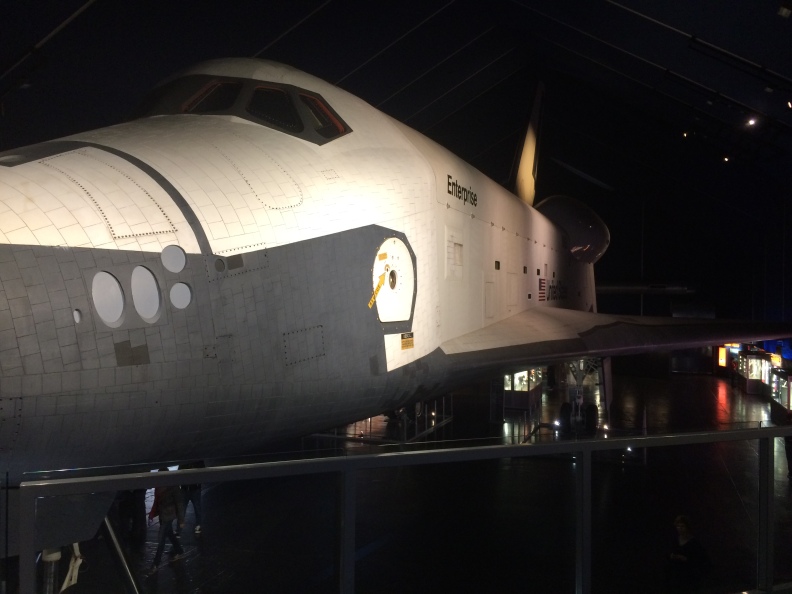 One thing I liked about the exhibit for the Space Shuttle Enterprise is that they had a platform by the nose of the shuttle for you to go up on and grab a pretty spectacular pic of the entire shuttle. In LA, you’re under the shuttle the whole time. 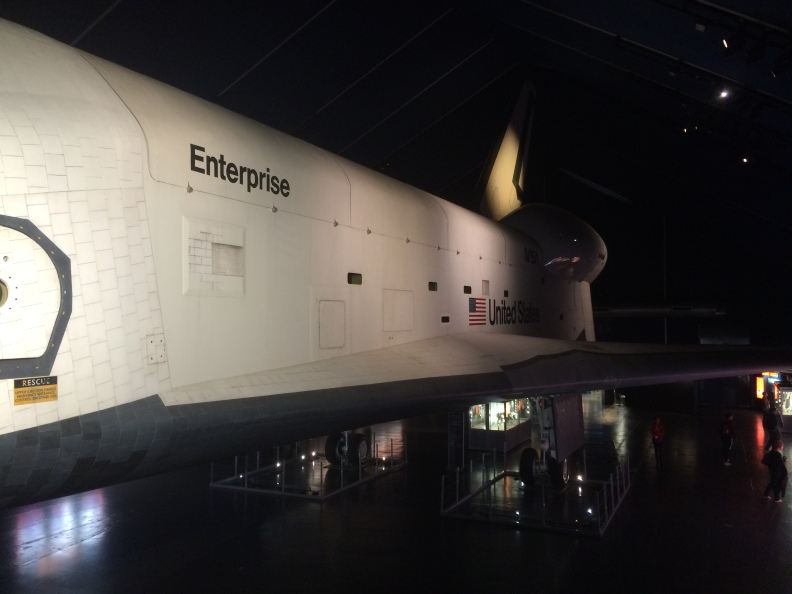 I loved being on the level with this shuttle! For those unfamiliar, the Space Shuttle Enterprise was a shuttle that never did an official mission. This was the test shuttle to make sure space travel through shuttles would be safe. As for the pavilion itself, I wasn’t as impressed as I was with the one at the California Science Center. Plus, it didn’t look like there were plans for expanding the pavilion like we have out here in LA. That being said, I’m so happy I got to see my second space shuttle in one year!

After taking my time with the shuttle, I went out to check out the rest of the USS Intrepid.

I’ve always been a fan of the Blue Angels. So, seeing one of the jets up close was super cool! As for the rest of the Intrepid, I had lukewarm feelings about it. Without the shuttle, I don’t think I would have gone here. The areas you can walk around are really limited. I had hoped this would be like…. 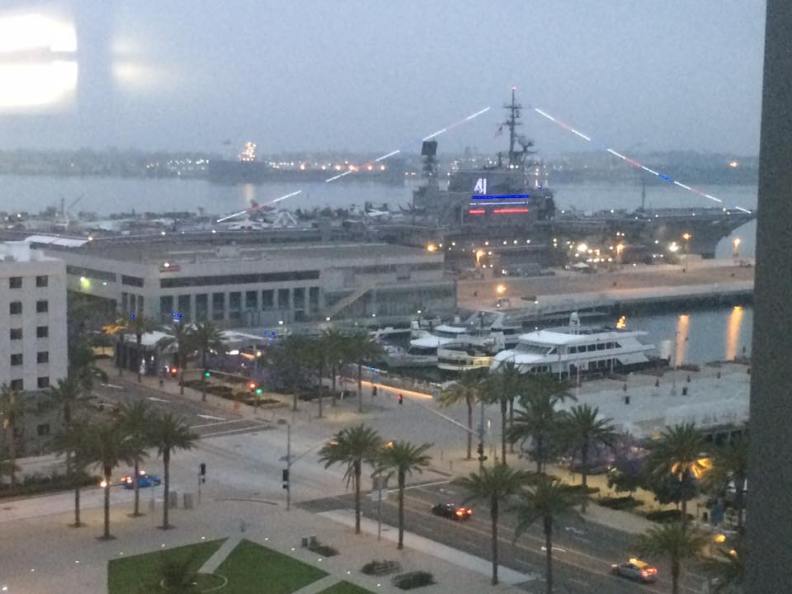 when I visited the USS Midway during my Rock n Roll San Diego Half Marathon Weekend. However, the Midway is way more fun and interesting. 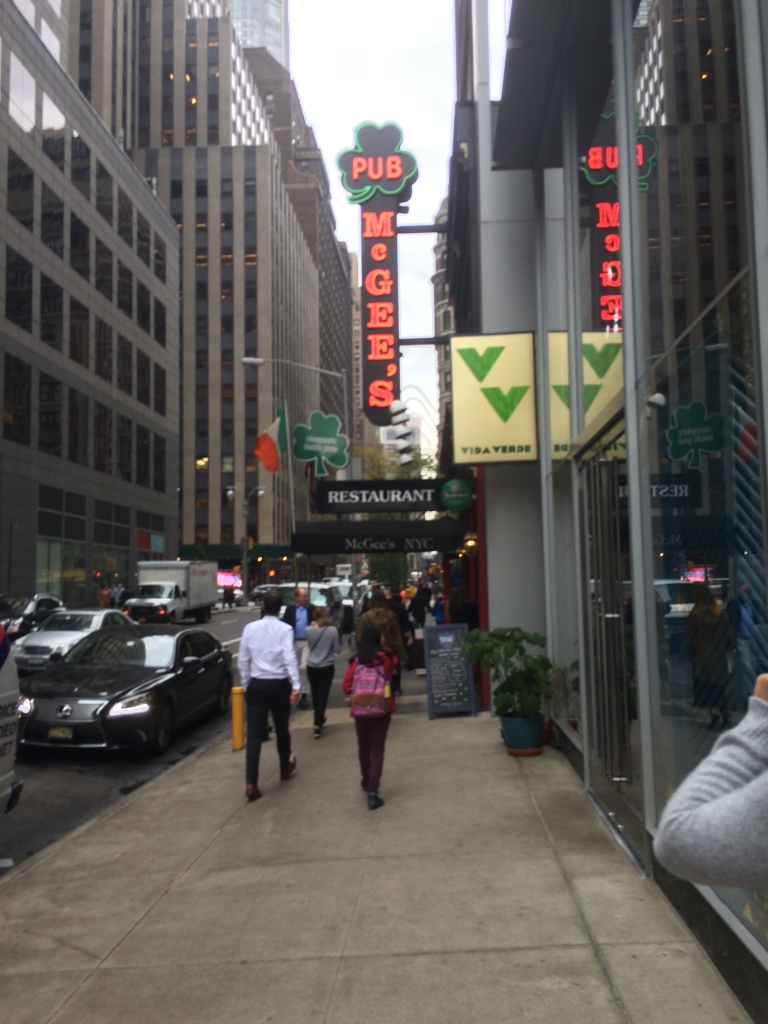 After visiting the Intrepid, I made my way to McGee’s Pub for a lunch off their “How I Met Your Mother Monday’s” menu. This pub is the one that inspired the creation of McClaren’s Pub on the show “How I Met Your Mother.” The writers of that show went here often while they worked on the “Tonight Show” with David Letterman.

Inside, there were lots of “How I Met Your Mother” pics! 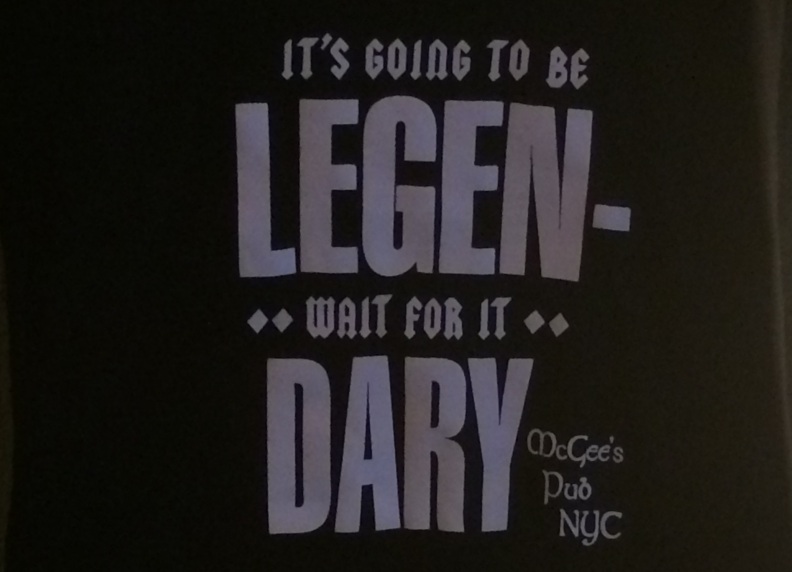 They even sold this shirt!

If you were wondering, the cast of “How I Met Your Mother” did visit this location from time to time.

Yep. It was good to be dining at the place that inspired McClaren’s! The food itself was just okay. 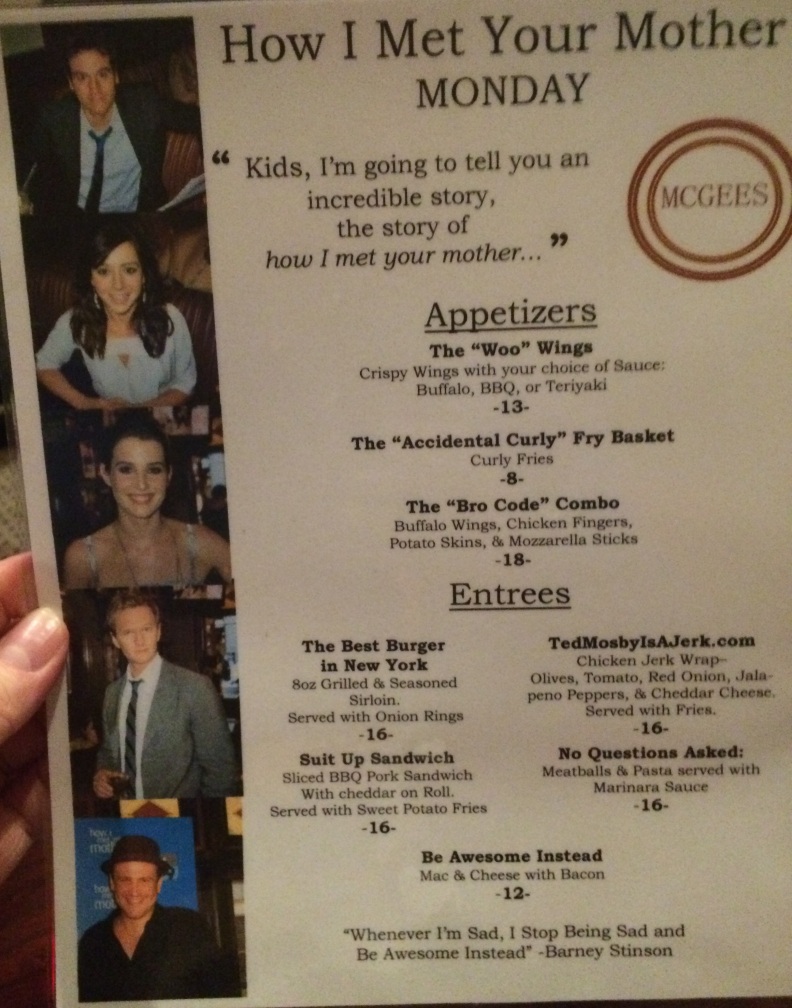 I think I should have ordered something different. The food was edible, but not great. However, I was there because of its connection to “How I Met Your Mother.” 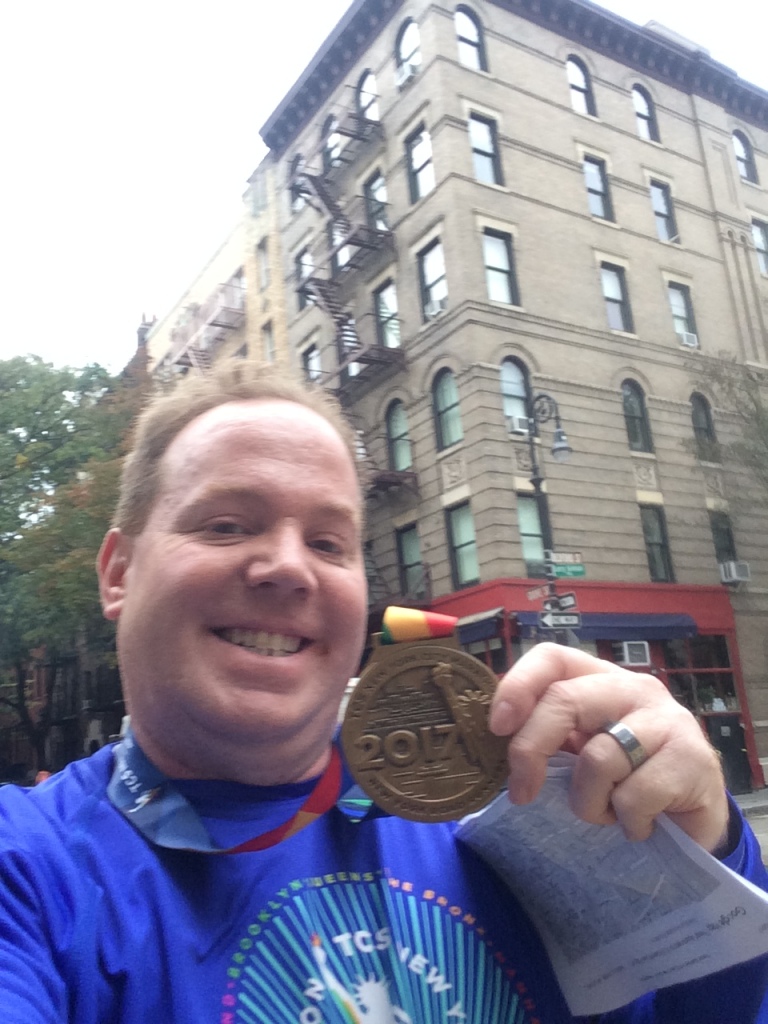 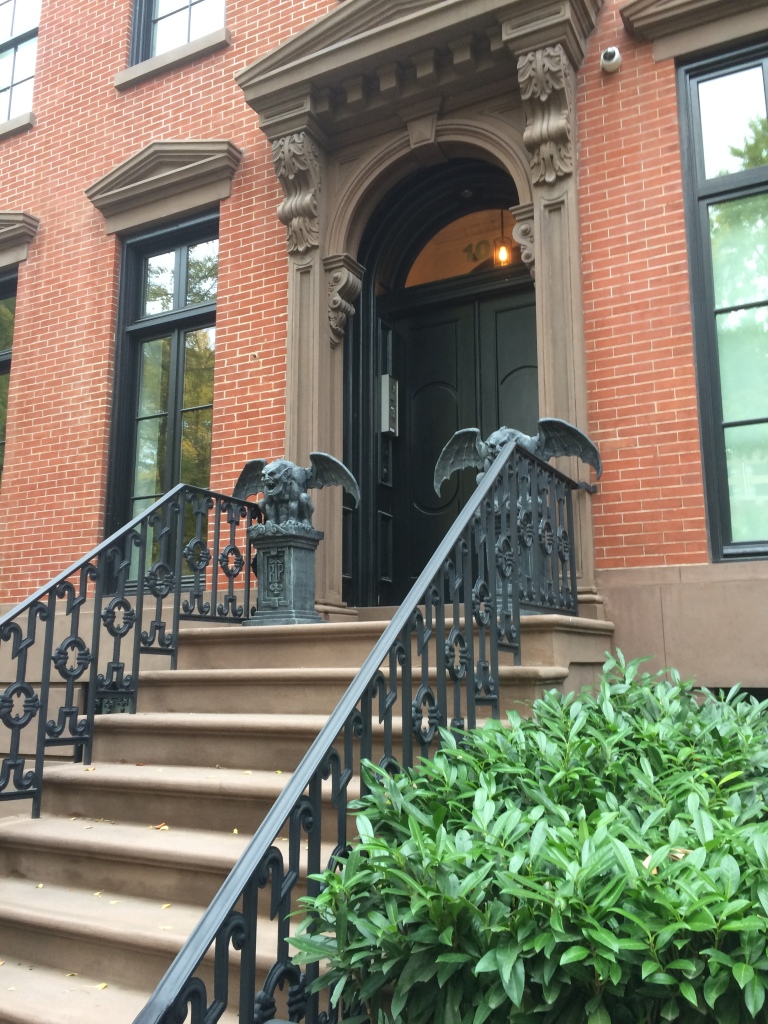 A short walk from there was the facade of the Huxtable residence for “The Cosby Show.” 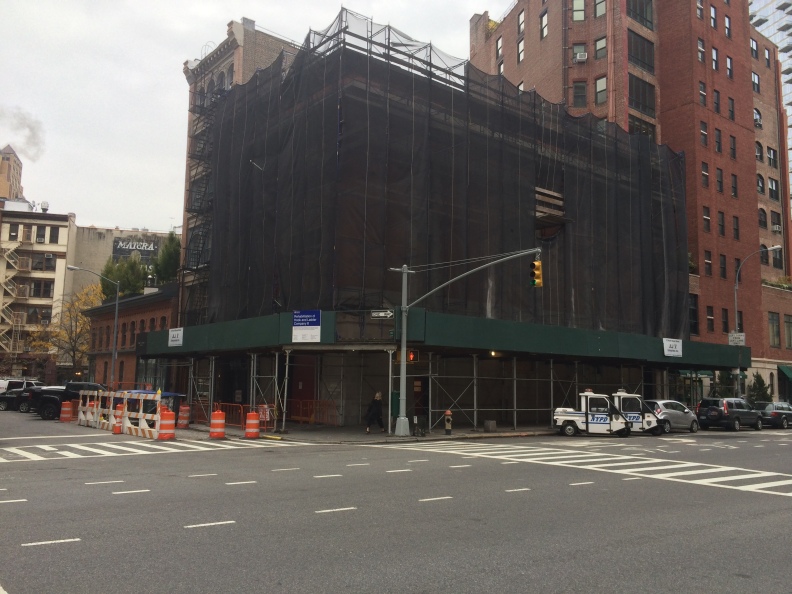 Also, close by was the firehouse used in the original “Ghostbusters.” It was under construction. So, this pic doesn’t make it recognizable. When I first got there, I thought I had the wrong place.

However, I saw this on the pavement outside the firehouse and knew I was in the right location. I wasn’t able to get on the tour of the film locations in NYC. So, I went the freebie route and found the places I wanted to visit and got there. I didn’t get to see the apartment building that Phoebe Buffay would have lived in on “Friends.” That’s because I forgot to write that address down. It’s okay, though. They never filmed that location. So, of all the film places I wanted to visit on this trip, that was one I was most okay with missing.

This seems like a good spot to end this blog post. I’ve got one more to write up about how the rest of the day went. Included will be visiting the 9/11 Memorial and Museum, The New York Stock Exchange, the Charging Bull statue, and Empire State Building. Yep. I had quite a finish to this whirlwind NYC Marathon trip!

One Reply to “Marathon Monday!”