This picture is what I’ll remember about 2016 the most. This is the year I became a daddy and life has not been the same. After years of dealing with infertility issues, getting certified to adopt, waiting, and finally being chosen to adopt this amazing little guy….

Brooke and I are now in a family of 3! Becoming a family of 3 meant adjusting my goals that were set one year ago. The cool thing is that I was already planning on running less races and that held true.

I started the year by running the Star Wars 10K…

By the way..how awesome was BB-8 on the course for all the Star Wars races?

Valentine’s Weekend, I watched the US Olympic Marathon Trials…

and spectated the Los Angeles Marathon. 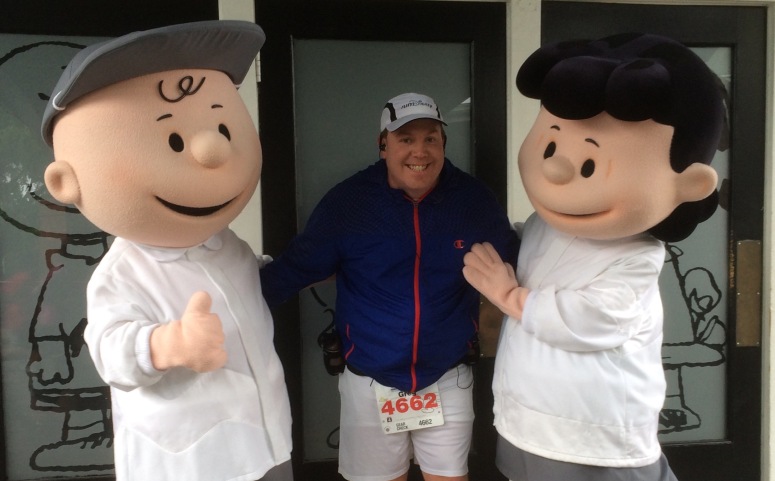 and became a dad!

My first race as a dad was the Angels Baseball Foundation 5K in April.

I wouldn’t run another race until September when I ran the Disneyland 5K (for the very first time!)…

and the Disneyland 10K. Not exactly the Dumbo Double Dare, but fun none the less. 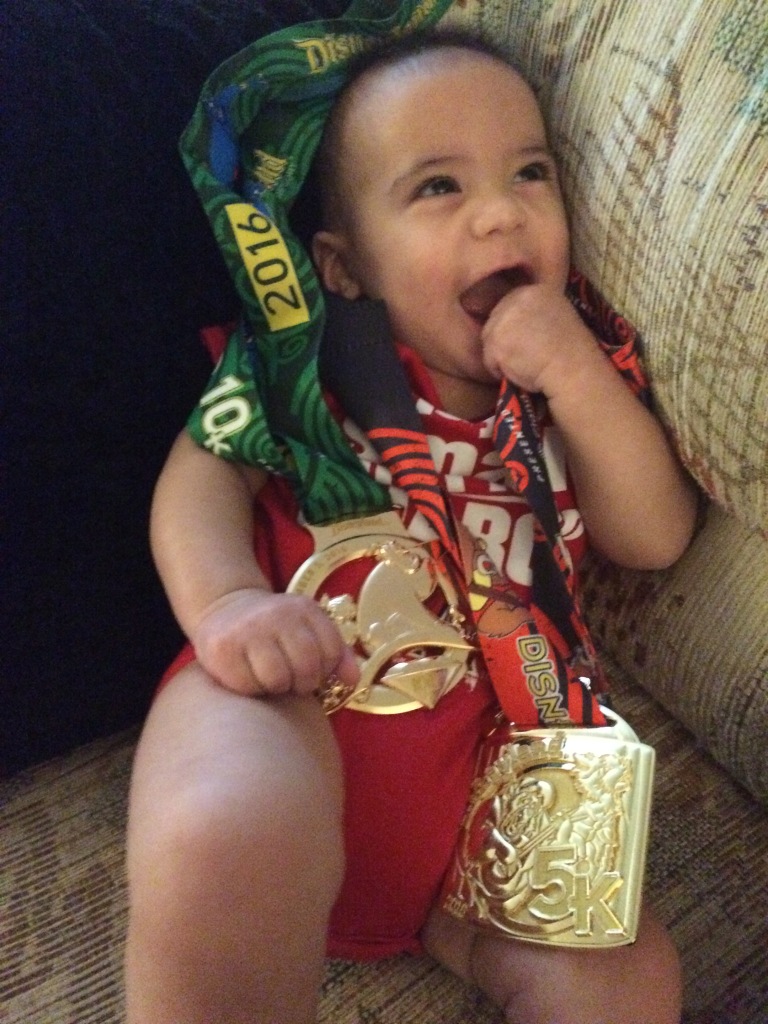 In October, I ran the Aquarium of the Pacific 5K.

In November, I ran my last race of the year…the Avengers Super Heroes Half Marathon. So, my race total for 2016 included 2 half marathons, 3 10K’s, 3 5K’s and 1 Challenge completed…9 medals overall.

The drop off in races and becoming a new daddy produced my lowest running mileage since I started running.  I totaled approximately 380 miles this year. December and April were my low mileage months for the year. In January, I logged the most miles with 61 miles for the month. In second place was August with 51 miles. I averaged only around 31 miles per month for the year.

In July, I switched to the Garmin Vivo Fit HR GPS watch to track my runs…

Since the Garmin watch does not light up for my night runs, I was left with running with the Garmin tracking my runs and using the Nike Plus App on my phone to help me keep track of my time for the sake of intervals. It was an interesting transition where the Nike Plus App and Garmin watch never totally synced up. As the year went along, I got used to running this way.

2016 was a down year for my training and running journey for sure. Some of this was expected when we were chosen to adopt Colton. I’m having to re-learn how to train. Training with a little one at home is different than training with just myself and Brooke at home. As I enter into 2017, I have something going for me that I didn’t have one year ago…I’m already a daddy. I don’t enter this year the way I’ve entered the past 4-5 years…hoping and praying that I could become a daddy. The goals I make for 2017 will come with full knowledge of my new life as a running daddy. I’m still working those goals out. Hopefully, by the week of the Star Wars Half Marathon races, I’ll have some goals to share. One thing that is for sure, I’m not going to let this down year become a trend. I will bounce back in 2017. There will likely be fewer races in 2017. However, I do plan on keeping the training going strong and hope to find myself in better shape at the end of 2017 than I am today. 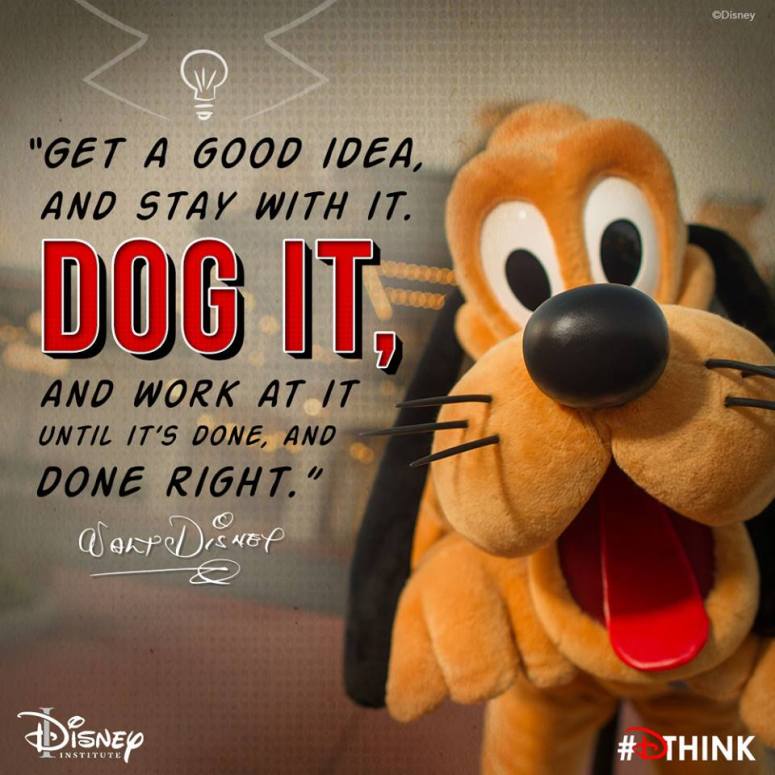 I can’t think of a better quote to end 2016 and start 2017. The best part of the end of one year is you get a fresh start the very next day. 2016 was a down year for workouts, but an amazing, life changing year in every other way! 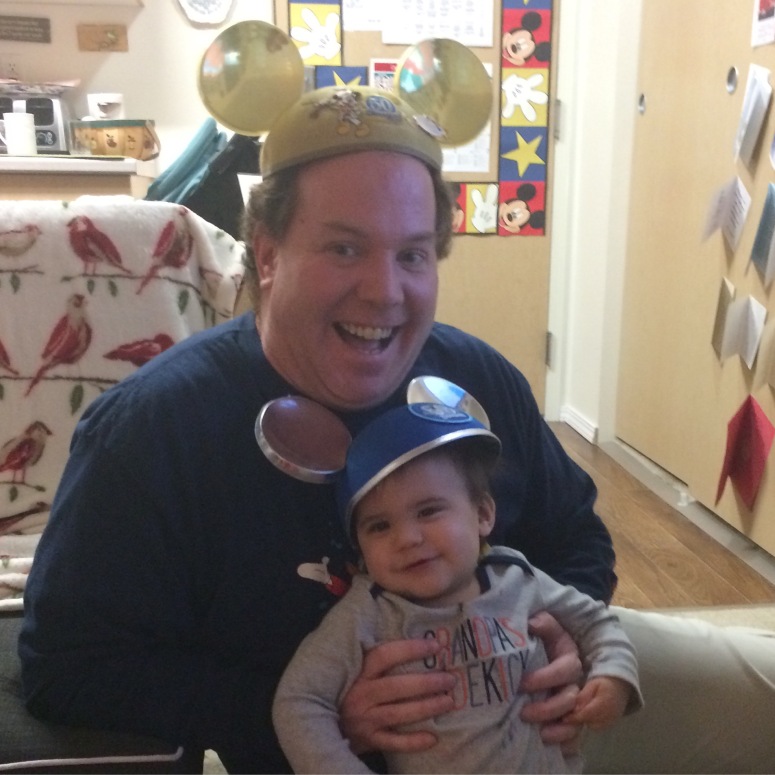 Thank you God for bringing this little bundle of joy into my life! I love being a dad! Happy New Year everyone!