Y’all, week 9 was the craziest week I think I’ve encountered in my training history. I don’t think I’ve ever come across a week where so many things went wrong all at once to torpedo the plan for my exercise

It all started on Tuesday. Apparently, I forgot to set my alarm on Monday night. So, I had opened my eyes at around 3am. I thought to myself…Okay, about an hour and a half to go. The next time I opened my eyes, it was 5am. Here’s the thing. I have a very limited time to get my workouts in on any given day. In the mid-week, I need to leave my apartment just before 5am or sacrifices will have to be made in order to arrive back at the apartment in time to wake my wife and boy for the day. It usually takes around 20-30 minutes to get ready. So, waking up at the moment I need to be leaving meant no workout for Tuesday. I thought, it’s okay. I can make up for it on Wednesday.

Well, I didn’t realize I forgot my headphones at the gym. I realized it right as I was gathering my things to head to the gym. I was a little upset at this. After all, I had been pushing myself to get ready that morning. I was set to go. Then, I couldn’t find my headphones. Here’s the thing, not only are my headphones in this pouch I take with me to the gym, but my gym card is also there. So, not only did I not have a way of accessing my music, but I couldn’t get into the gym. At nearly 5am, I didn’t think that the gym might have let me in without the card. What had happened is that I left my headphones at work on Tuesday night. Ugh! 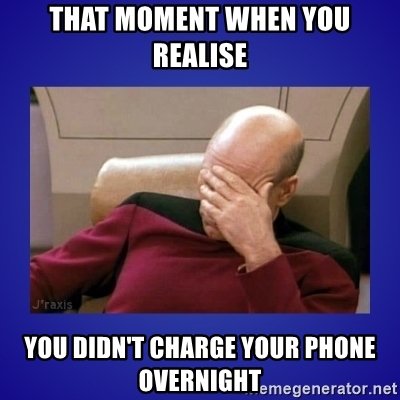 So, now the possibility of getting 3 workouts in for the week was over. I was determined to make it to the gym on Thursday. I mean, 2 workouts isn’t a horrible week. Right? So, before leaving work, I made sure I had my headphones (and gym card). Before going to bed, I made sure to set my alarm. I had noticed my battery was sitting at 37%. So, even though I might have been able to survive, I wasn’t taking chances I plugged the phone in overnight. Imagine my surprise the next morning to see that the phone was at 17%! Then, to make things worse, a couple minutes after unplugging the phone, it dropped to 10%. Ugh! I was kind of pissed off. So, I tried plugging in the phone to charge while I got ready. Unfortunately, the phone did not start charging. This was not my week. You want to hear something that made this whole week even more frustrating? After waking up at 6am, I tried charging the phone again and it started charging. Can you believe it? The phone wouldn’t charge when I needed it to charge and then it all worked out when it was too late. Yikes! 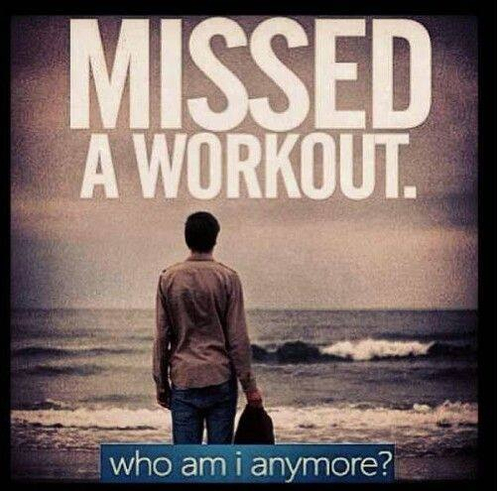 I’ve seen memes like this before. However, there isn’t one for missing an entire week of workouts. I’ve had weeks where I’ve missed workouts before. However, those weeks were due to sickness or laziness. This week could be chalked up to laziness or just not being prepared. The lone exception is the phone not charging. Since I switched to an iPhone, that has never happened to me. So, I’m at a loss for words. All I can do is rebound in week 10 and start moving forward with plan B.

One thought on “Not Meant to Workout in Week 9 Apparently”