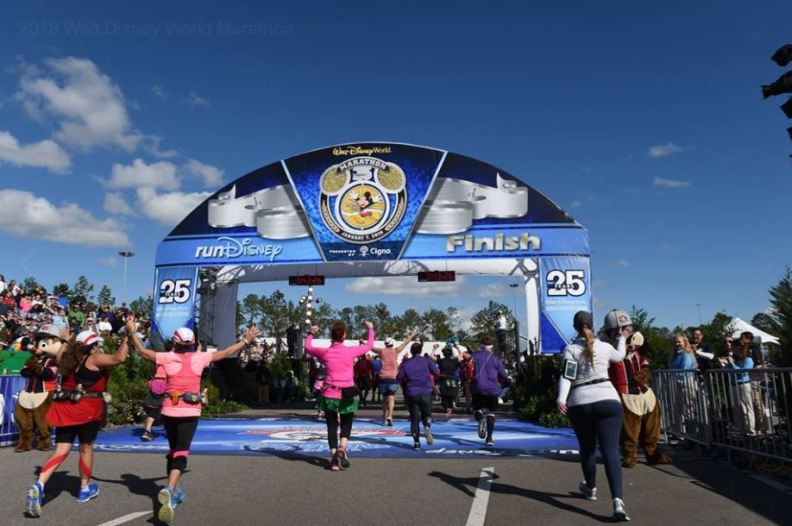 Well, this past weekend was the Walt Disney World Marathon Weekend. It was pretty fun following along with my many running friends who took on the Marathon, Goofy’s Race and a Half Challenge, Dopey Challenge, or any of the other races. It also made me really want to be among them. However, I was back in Cali starting my year off right!

My first workout didn’t come until Thursday. Why? I learned on Tuesday is that the decision I made to do my mid-week workouts in the evening is a bad idea. It just doesn’t work. So, on Thursday, I was up before the sun and headed off to the gym. I arrived at 5:10am. It’s the earliest I’ve ever done a gym workout. One of the things that’s not so fun about going to the gym in January is that you’re sharing the equipment with many resolutioners who will soon end their attempt at getting healthy this year. The way to beat that? Go to the gym early. I got to park really close to the gym and had to deal with very few people at the gym. It was awesome!

I started my Couch to 5K program with this very first workout. I ran 30 seconds, walked 3 minutes and repeated this 6 times. I’ve got to admit, this wasn’t too difficult. While I haven’t run on a treadmill in a while, I had no problems adjusting. I knew that this would be the easy week for running…and it was. In addition to my time on the ‘mill, I did crunches, the leg press machine, and elliptical machine. Let me tell you…the elliptical machine was my hard thing all week long. Welcome back to my old nemesis.

Saturday morning, I was back at it. This time a little later because it was the weekend. I continued to have an easy time with the first week on the treadmill. The elliptical machine continued to challenge me. I also upped my weights on the ab crunch machine and leg press machine. After that first workout, I felt like to I could do more with the weights. Overall, I was very pleased with the results from everything. I had almost identical numbers on the treadmill and elliptical machines as I had on Thursday! Consistency is awesome!

Since I missed Tuesday, I made up for it on Sunday. I felt like going back to the gym would benefit me more than heading to the track. After all, the intervals were pretty easy this week. So, time with the elliptical and other machines seemed to benefit me more for this week. My results on the treadmill were the same as the other two times this week. Consistency was my focus this week and I got it. I even improved a little bit on the elliptical machine!

The good vibes continued all the way to the scale. I beat my goal of losing 1 pound per week I lost 1.8 pounds in week 1! Score! I’ll come up with some sort of graphic that I can update every week on this weight loss journey. I know that nearly 2 pounds isn’t much. But, it’s a really good start. If I were to loose the same each and every week, I will shed around 100 pounds by the end of the year. Wouldn’t that be something? I know from experience that each week is a new adventure with weight loss. Some weeks, you feel like you did everything right and gained weight or lost nothing. Other weeks, you expect to see the scale go up, but it went down. So, I’m really stoked at how this week went. However, the war with my weight will continue until I hit my overall goal of 100 pounds lost. The 50 pounds is merely my goal for this year. I won’t shed any tears if I beat that goal. After all, the goal is to be 50 pounds lighter on January 1, 2019 than I was on January 1, 2018. So, even if I lose 50 pounds before the end of the year, I won’t have truly hit the goal until I get to January 1, 2019 and remain 50 pounds (or more) lighter than January 1, 2018.

This new year is off to a fantastic start. But, it’s only week 1. I’ve got 51 more weeks of awesome to work towards! Bring on week 2!