I can’t believe that this trip began almost 2 weeks ago! In the vein of keeping it real, this trip almost didn’t happen. On the day I was supposed to fly, my irrational fear of getting airsick almost kept me from even driving to LAX. Thankfully, my wife stepped in and told me to get out the door. I didn’t need to let some jitters derail me from this trip I have been dreaming of for almost 2 years. Boy, was she right. I’m glad I stepped out the door and made it to LAX. From there, this trip was pure awesomeness!

By the time I got on the Virgin America airplane, the jitters were completely gone and I was in full blown excitement mode! I was heading to New York City to run in the TCS NYC Marathon! As you all know, I had a lot planned for while I was in town. This trip was bound to be LEGENDARY before it even began.

After a long plane flight with mostly clouds to look at, I was happy to get beyond the clouds! 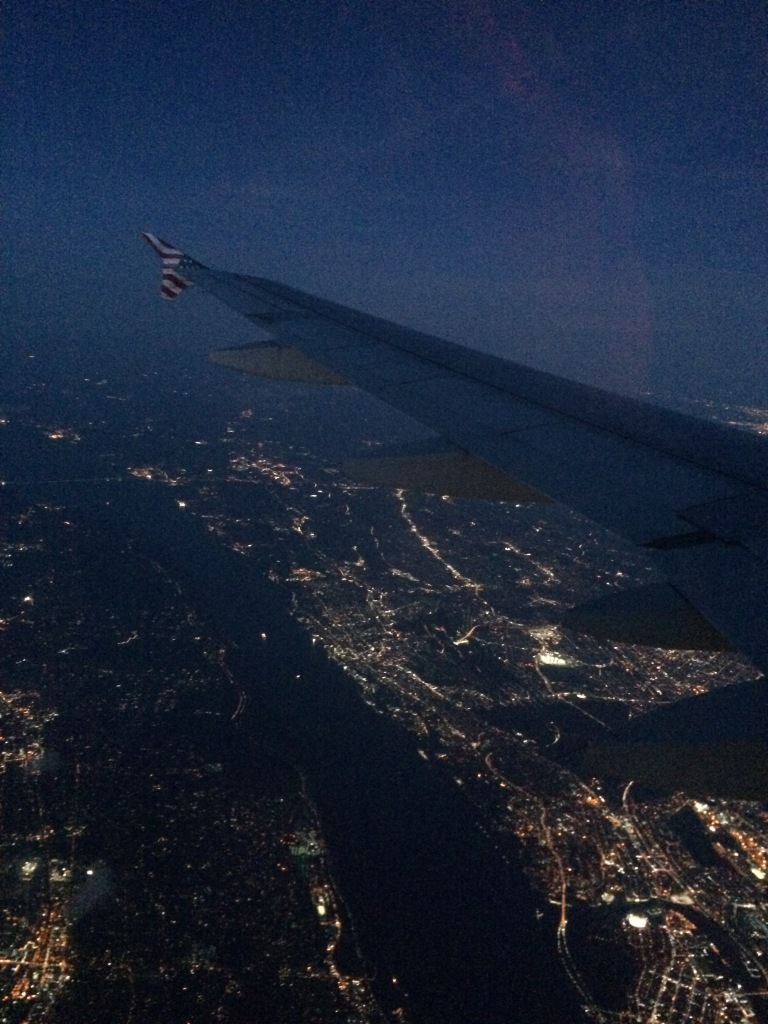 We had to fly out over the Atlantic and make our way back to get to JFK. The view captured in this photo doesn’t really do it justice. We got a spectacular view as we were almost level with the moon.

Once I arrived, I got my bags and found the Super Shuttle check in. I chose Super Shuttle because they were cheap and took me to and picked me up from my hotel. However, taking the cheap option meant that I shared my ride with others. Our first drop off was at a hotel right across from Madison Square Garden! I was the second stop!

After getting checked in, I was hungry. So, I headed off to Junior’s Cheesecake. However, on the way, I had to get that first pic in Times Square!

Also, on the way, I passed by the theater where The Lion King was playing. It’s amazing to me how many shows are playing in such a small area geographically. 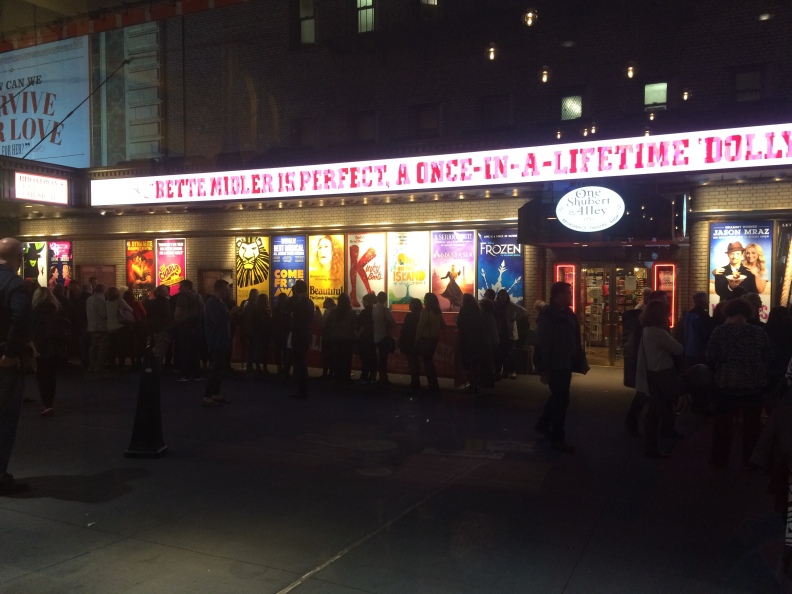 As I ate in Junior’s, I had this view of Shubert Alley. Fans were lined up to catch a glimpse of Bette Middler who was starring in Hello Dolly! 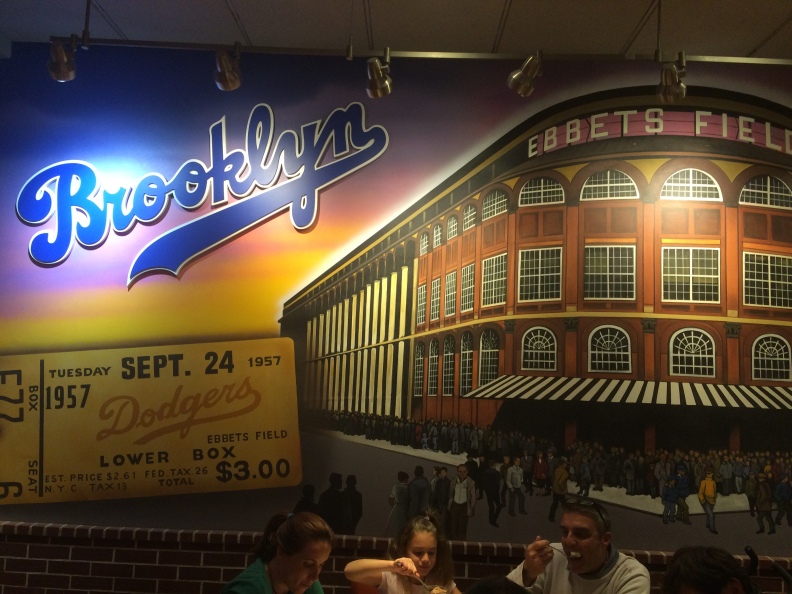 Junior’s Cheesecake is a chain that originated in Brooklyn. I love the mural of Ebbets Field! 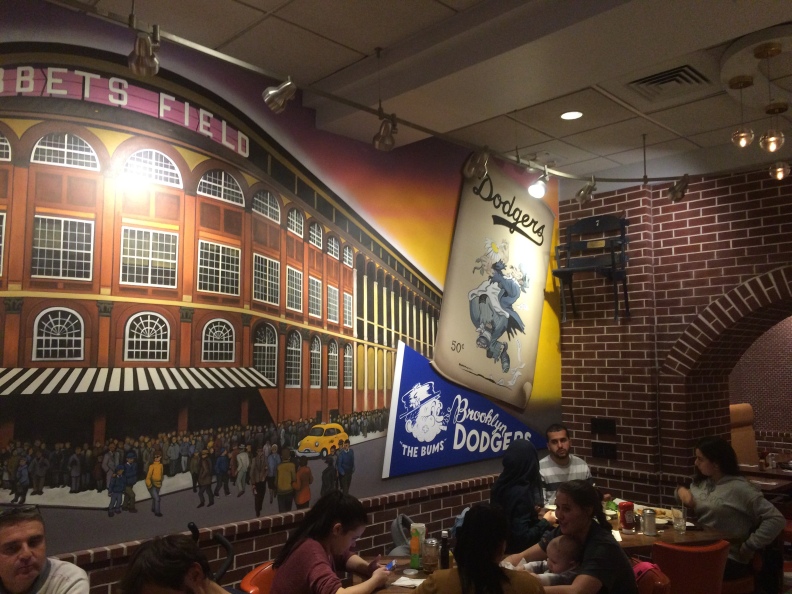 As I mentioned in my planning posts, I was staying near the Disney Store in Times Square. Here’s the outside. 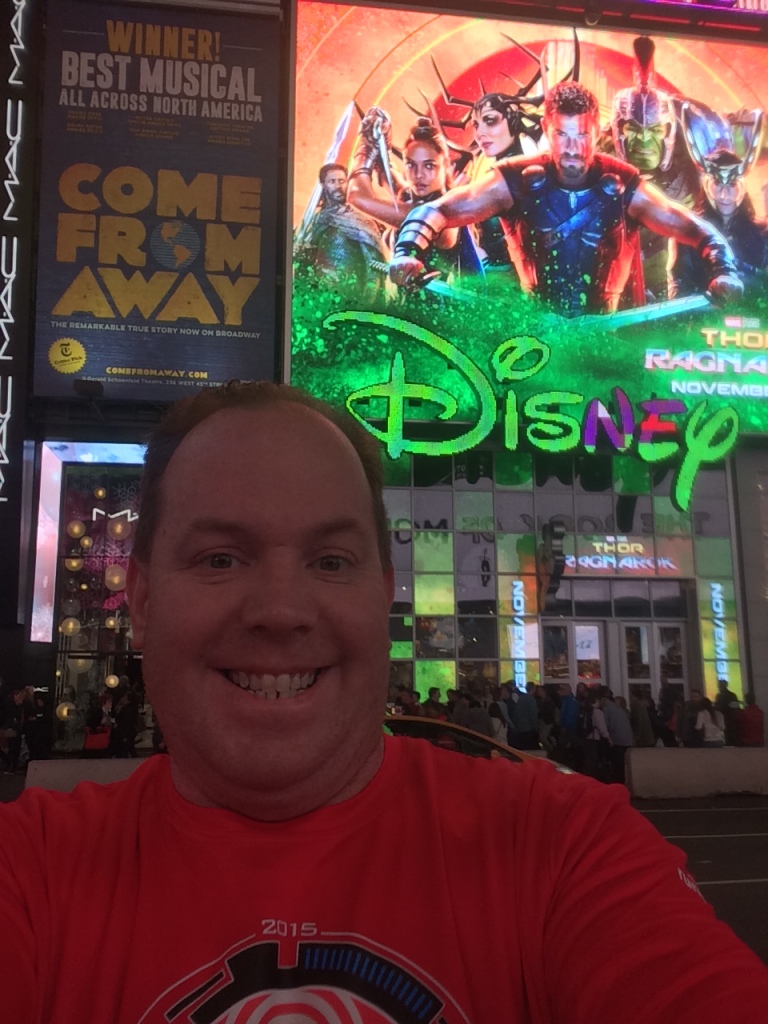 Yep. The Mothership was Calling Me Home!

Let’s check this store out!

The Disney Store in Times Square has 2 floors! 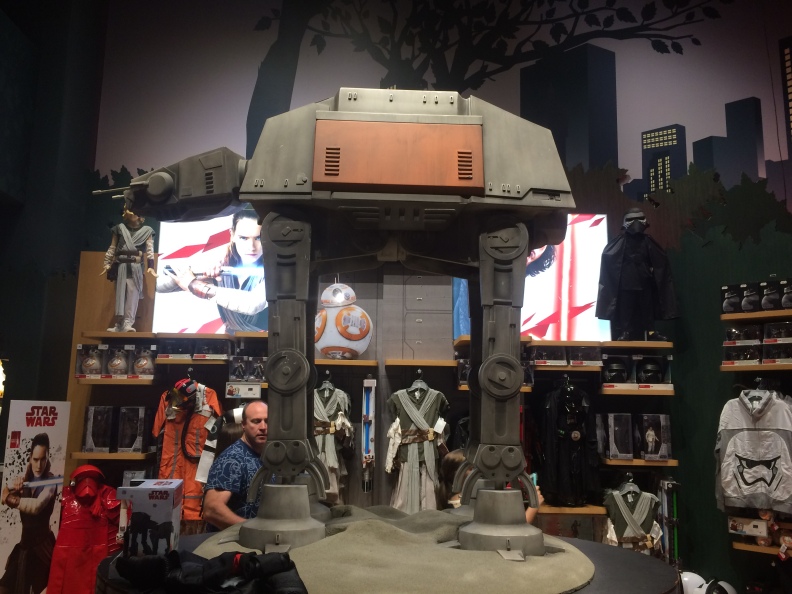 In keeping with the Times Square vibe, everything in this store is larger than life!

Ahhhhhh! My mantra for the marathon….except my shirt read “to the finish line, and beyond! 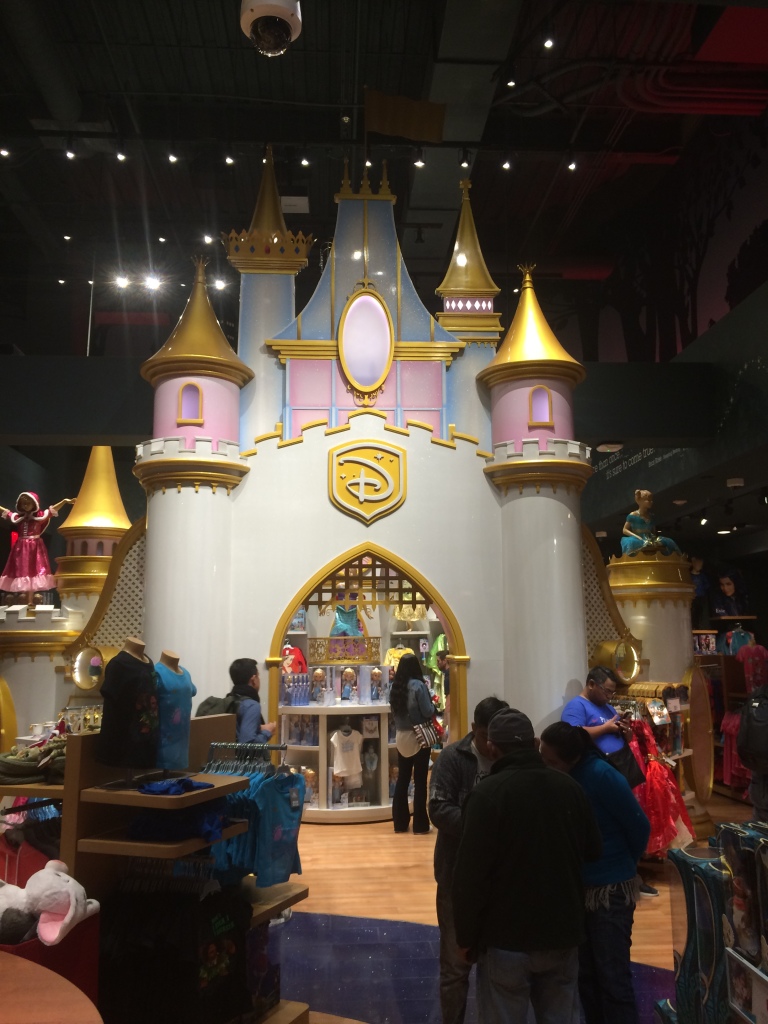 Mickey and Minnie balloons for the Macy’s Thanksgiving Parade? 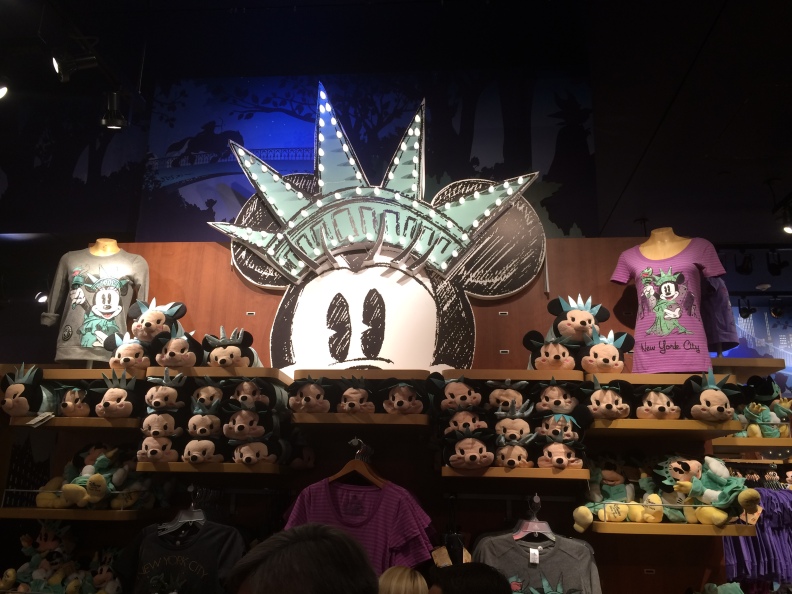 Loved all the New York themed Disney merchandise. It was hard to be good and not buy this merch.

On the way out (or in) was this fun Lightning McQueen display.

After walking through the Disney Store, I ventured back a little bit for some more pics of Times Square.

On the way back to my hotel, I saw the ball that drops each New Year’s Eve! When I see that on TV this year, it might be cooler to me now that I’ve seen it in person. Anyways, with that, I walked back to my hotel and called it a night. Day 1 didn’t have too much to report on. I was thrilled to be in the NYC! The energy of the city is contagious. This was just the start of an amazing trip! Can’t wait to share more!