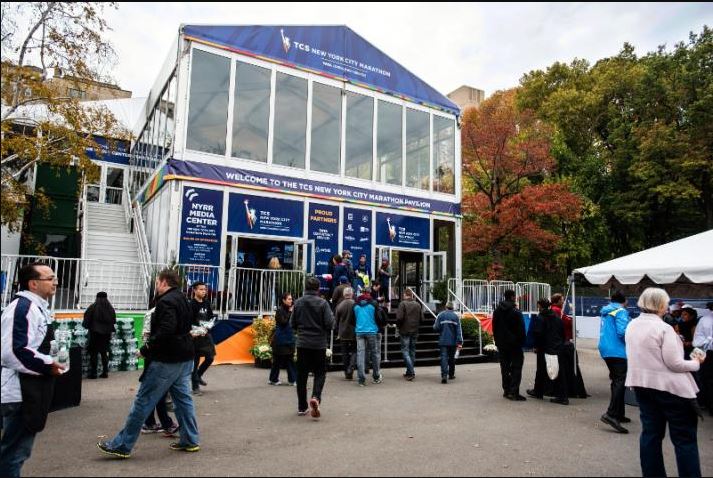 The day after the NYC Marathon is a thing called Marathon Monday held in this building really close to the finish line. It’s here that they will be selling finisher gear and discounted official merchandise. They open a 7am and I’m hoping to be there when it opens. Of course, things could change depending on how I feel that morning. But, this is where my day of celebrating the finishing of my 4th marathon will begin. Depending on how the crowds are first thing in the morning, I might have time to stroll around Central Park.

If there is time to stroll around Central Park, I’ll check out the Bethesda Fountain. This fountain has been featured in too many movies and television shows to name. It’s iconic and I’d love to get to see it. 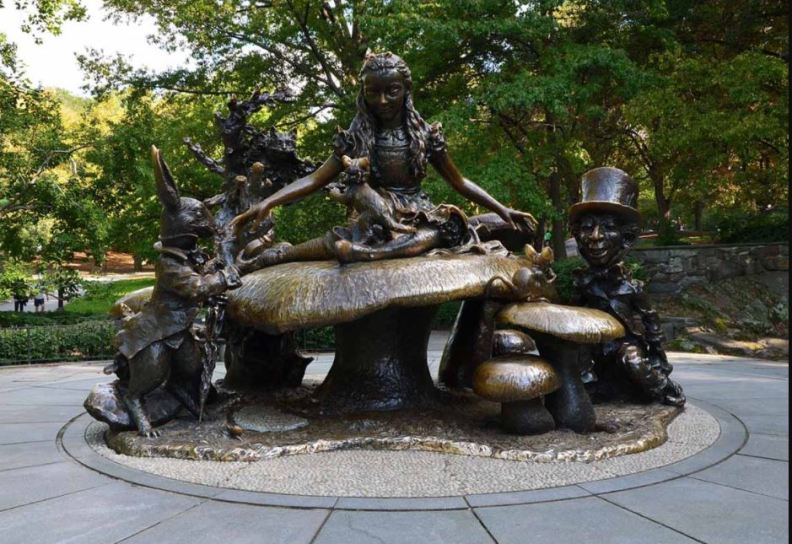 Not too far from the fountain is the Alice in Wonderland Statue that I’d love to get to see as well. I know how far away each is from the Marathon Monday area. So, I’ll play it by ear.

I need to get to the Circle Line Sightseeing Tours dock by 9:30am. I think that will give me enough time to get on their one and only harbor cruise that takes you out by the Statue of Liberty. It’s an hour cruise that offers some great views of the New York skyline. I’ve also read that this cruise in particular offers the best views of Lady Liberty.

Almost a hop, skip and a jump from the Circle Line Sightseeing Tours is the Intrepid Air and Space Museum. This is home to the Space Shuttle Enterprise. 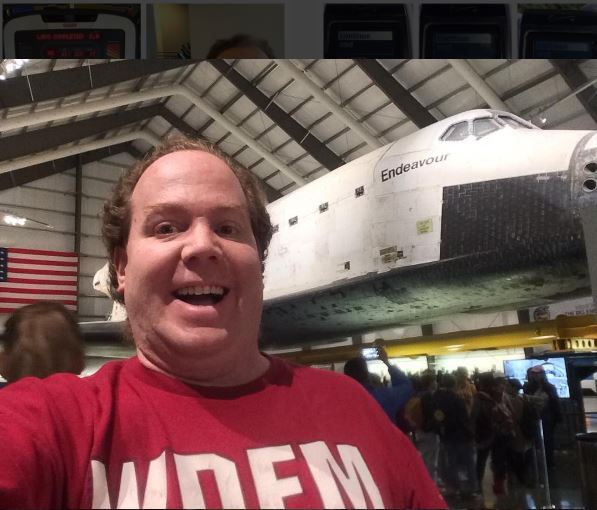 If you remember, earlier this year, I finally made it out to the California Science Center to see the Space Shuttle Enterprise. How cool would it be to see TWO Space Shuttles in ONE year?????

After hanging out at the Intrepid for a bit, I’ll head over to McGee’s Pub and Restaurant for lunch. This is the pub that inspired McClaren’s Pub on the show “How I Met Your Mother.” As a matter of fact, on Mondays, they have a special menu for the day called “How I Met Your Mother Mondays!” How cool is that? Lunch at McClaren’s. The specials are so much fun that I have to go for lunch!

After lunch, I’ll start to make my way down to the 9/11 Memorial. On the way, I’ll stop off to see the building that was used as the facade for Monica and Chandler’s apartment on the show “Friends.” 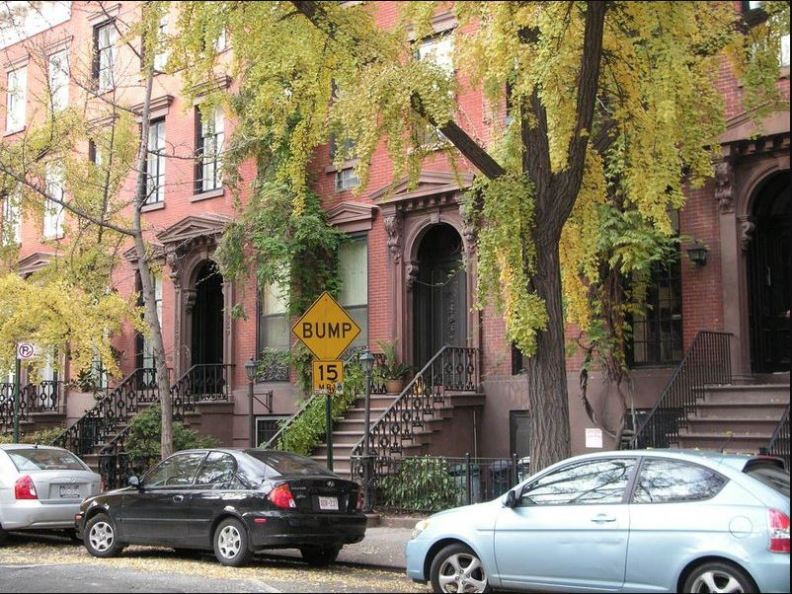 About a 4 minute walk from that building is the facade used as the Huxtable residence on “The Cosby Show.” Also, a 4 minute walk is the apartment building whose address is the one we have as Phoebe Buffay’s apartment in “Friends.” So, I plan on seeing all three.

Then, I’ll make my way to the 9/11 Memorial and Museum. This is the “must do” activity of the day. I saved this to the last day because it’s a pretty sobering place to be. I don’t know if such a somber place would be a good idea BEFORE the marathon. But, it’s a place I absolutely need to see while I’m in town. 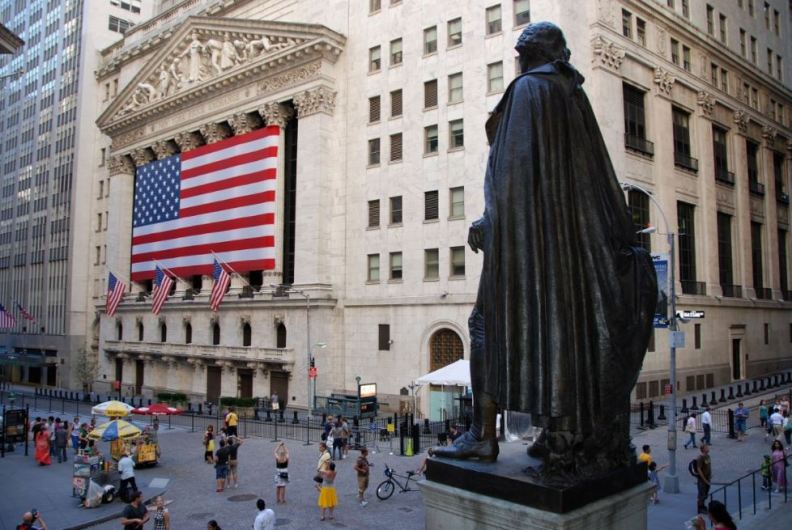 After an early dinner, I’ll head to see Wall Street and the George Washington Statue at Federal Hall.

Then, make my way to see the famous Wall Street Bull statue and Fearless Girl. I’ve got to get some sort of medal pic with the bull. Don’t you think?

Another place I want to check out while I’m in this part of town is the Butter Cup Bake Shop. This is another “How I Met Your Mother” location. In Season 1 of the show, Ted falls in love with this girl named Victoria who worked for the Buttercup Bakery. I’ve been told that the Butter Cup Bake Shop is what was the inspiration for this. So, I’m totally stopping before heading back to the hotel. 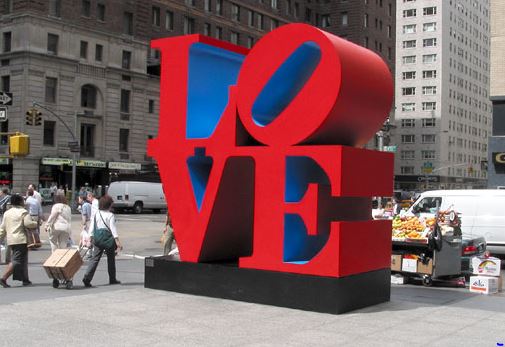 The route back home takes me close to the Love Sculpture…

and the Hope Sculpture. I’m thinking pics with my new medal will be a must in these spots as I make my way back to the hotel.

After a little time in the hotel, I’ll be off to Julliard to see the American Brass Quintet. I’m really excited about this! Why?

When I was younger, I dreamed of gong to Julliard for grad school on my way to becoming an orchestral trumpet player. So, not only am I going to see this brass quintet made up of Julliard professors, but the concert is at Julliard! I’m going to be at the Julliard school! The concert was super cheap and it’s going to be an amazing way to finish this trip. 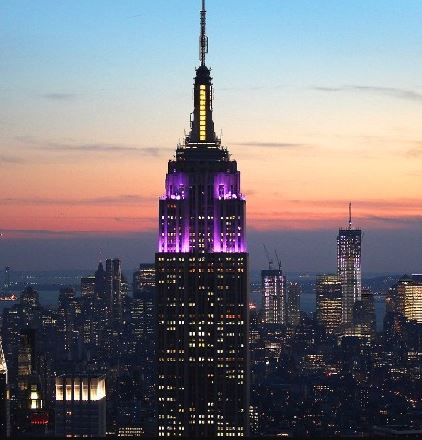