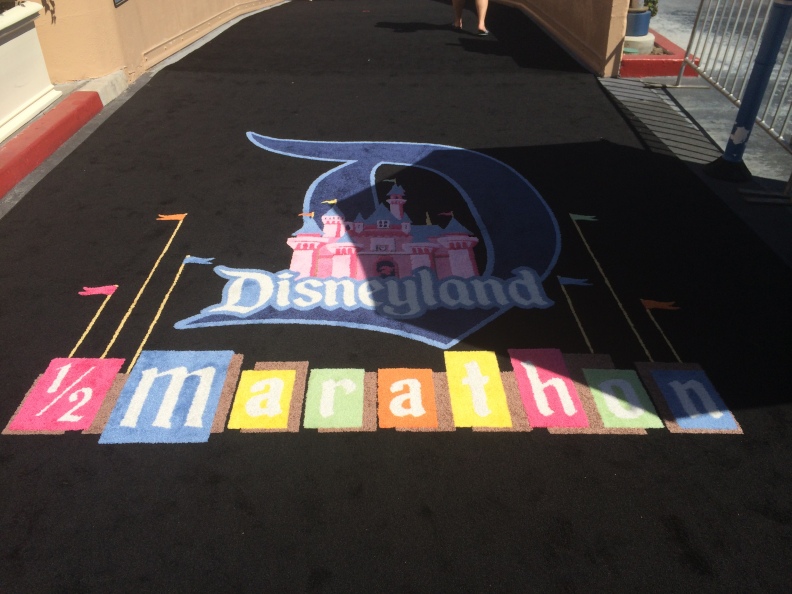 It’s finally here! Time for the festivities to begin for the 2017 Disneyland Half Marathon Weekend. This year, it’s going to be done Pixar Style! 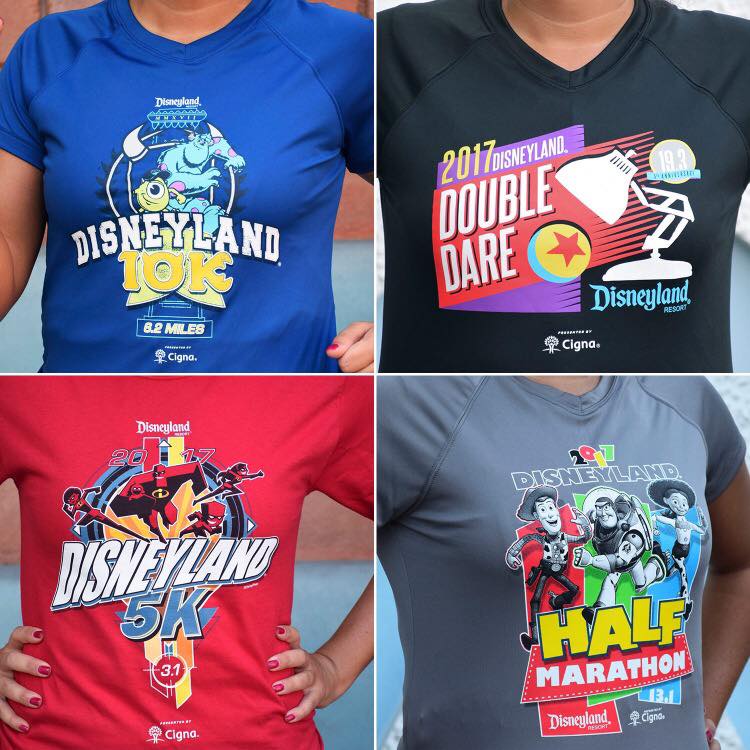 The race shirts were revealed on Wednesday. What do you guys think? I’m loving ALL of them! It makes me wish I had that money tree and could be running ALL the races. Ah, but alas, I will only get one of these…the Half Marathon shirt. Normally, I don’t like grey shirts. But, this one looks amazing! It may become part of my regular wardrobe and be too good to run in. Even though I love the Half Marathon shirt, I think that Incredibles 5K shirt might might be my favorite of the bunch.

The Pixar theme is going to be amazing! I really hope we see plenty of Pixar characters out on the course…even the races I’m not running. 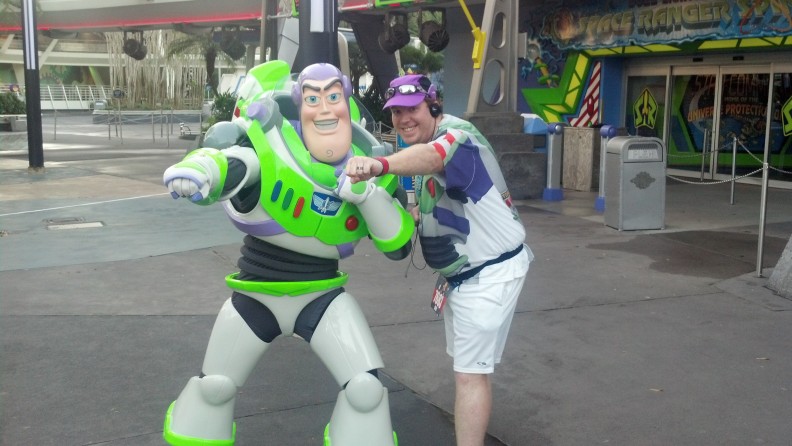 I’ll be running in the Buzz gear and need to get a pic with Buzz. So, runDisney don’t disappoint me. 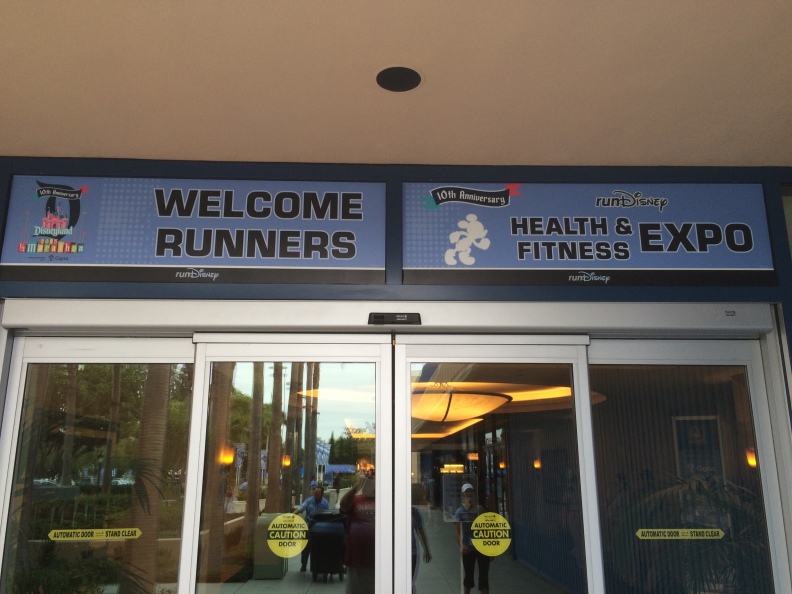 The Health and Fitness Expo starts today at 10am PDT. I plan on arriving as close to that time as the LA traffic will allow. 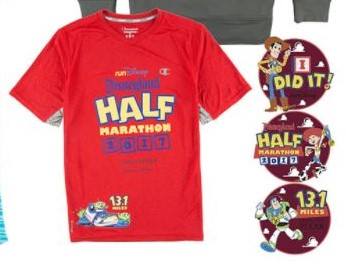 After all, I do have some merchandise I’d like to buy. 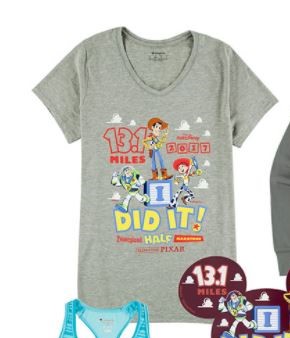 I’m still not wild about this “I Did It” Half Marathon shirt. However, it looks like its the women’s shirt. In the past, they have had different colors for the men and women styles. I’m hoping this is the case this year as well. 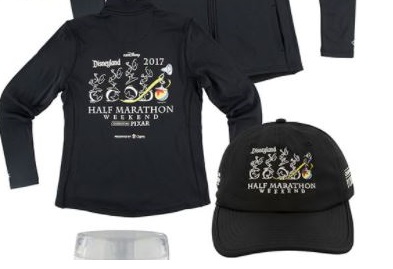 If not, this jacket might find its way to my house and/or the hat. 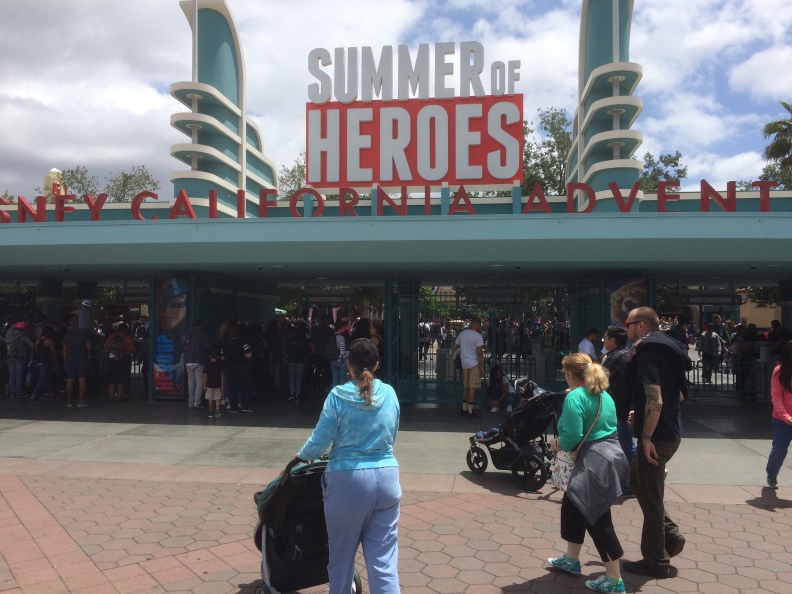 After some expo fun, I’ll be heading to Disneyland and/or DCA. My oldest niece and nephew are still in town due to Hurricane Havey. They were originally scheduled to head back the Houston area on the say the hurricane hit. So, with all the flooding and unsafe conditions, they stayed with my mother and father in law. Since I have the entire day off from work, I offered to take them to the parks. Of course, they will have to endure the expo first. But, they’ll be rewarded with theme park time for free! I think it’s a fair trade off. Don’t you? 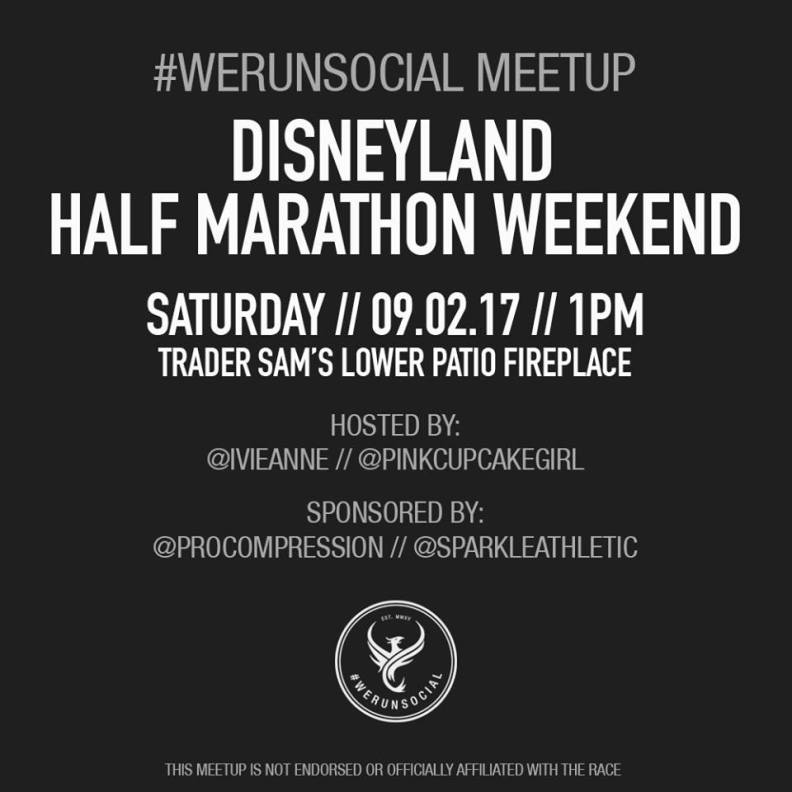 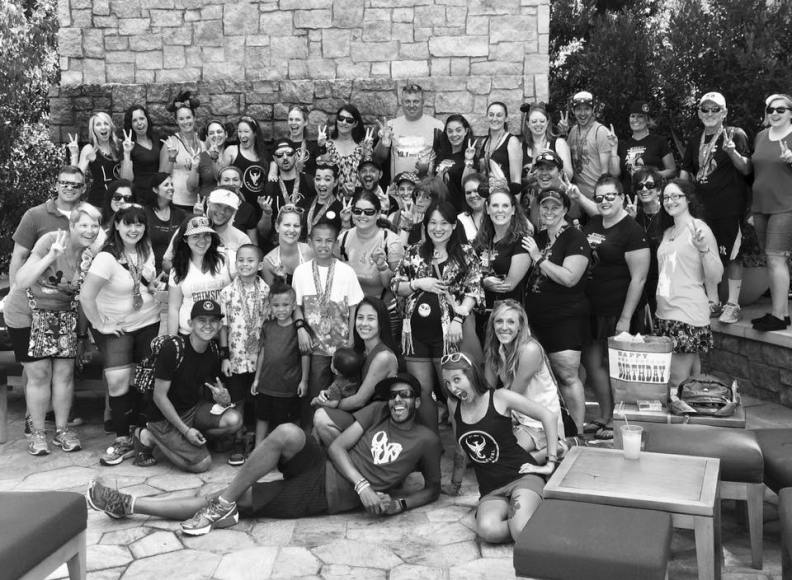 You can be apart of a photo like this one and get to meet some really fun runners in the process. Plus, there’s give aways! So, if you’re anywhere near Disneyland and want to come to the meet-up, you are more than welcome to join us. Even if you have no idea what We Run Social is, come by anyway. 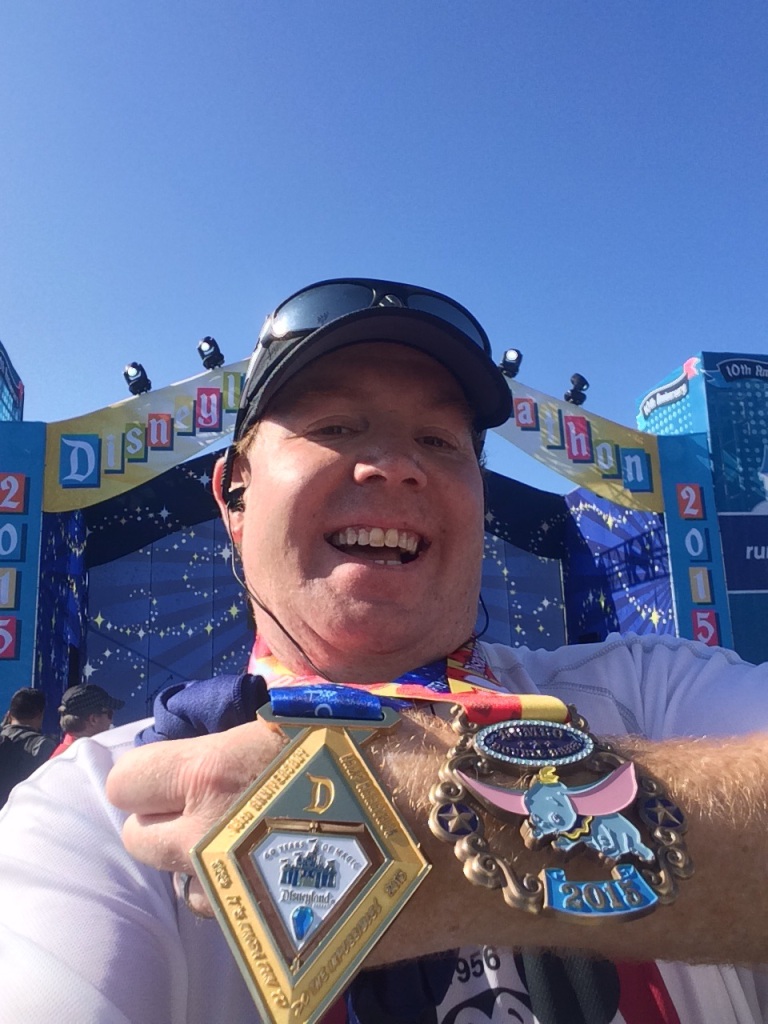 Of course, the big day for me will be Sunday. That’s the day of the Disneyland Half Marathon. I skipped this race last year because I wanted to experience the Disneyland 5K instead. This year, I’m thrilled to be running the half marathon. 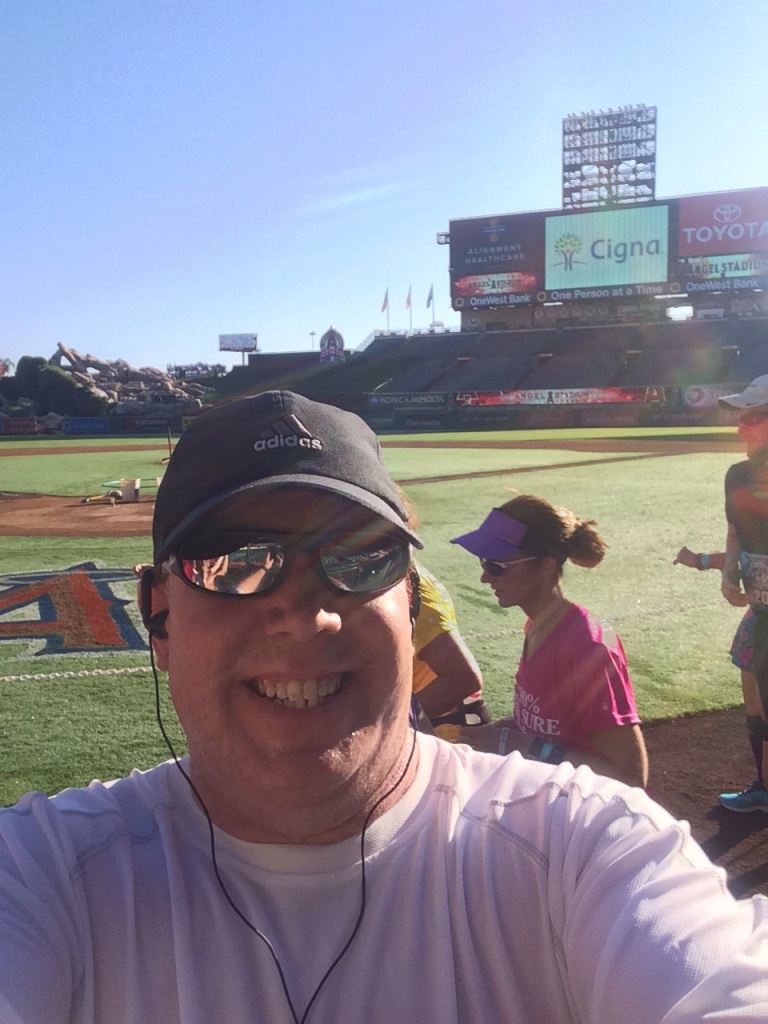 I mean, we get to run inside Angel Stadium!

Unfortunately, the weather has decided heat up just in time for the races. As the summer went along, I was sort of hoping to set a new runDisney half marathon PR on this course. That would involve a sub 3 hour half marathon. I set that mark in the 2013 Disneyland Half Marathon. With a high of 92 predicted and a low of 72, I’m not sure that a sub 3 hour half will happen. So, I want to have tons of fun and just see what happens. My plan for race day is to use the run 30 seconds, walk 90 seconds intervals for most of the route. At the start, I’ll go with a run a minute, walk a minute because it will be slow and go for most of that mile.

Here’s the half marathon route. Miles 2 and 3 will be perfect for the run 30, walk 90. I like this interval because it’s easy to remember when to run. I’ll be running on every even number minute. Once we get out of the parks in mile 4, I’ll try switching up to a run 30, walk 60 interval and see how it goes. I will listen to what my body is telling me. I’m treating this run like a training run. Eventually, I want to get to the run 30, walk 60 seconds as my intervals. I’d love it if I could hold the 60 second walk breaks until we get to Angel Stadium. Anything beyond that will be amazing. There are no overpasses to run until we are out of the stadium. So, I think I could switch to the 90 second walk breaks right at the 10 mile marker (or shortly thereafter). Then, finish the race out with the 90 second walk breaks. Of course, as the weather dictates, this could all change. I do believe I could hold the 90 second walk breaks throughout. We shall see. The time spent in the theme parks is unpredictable. 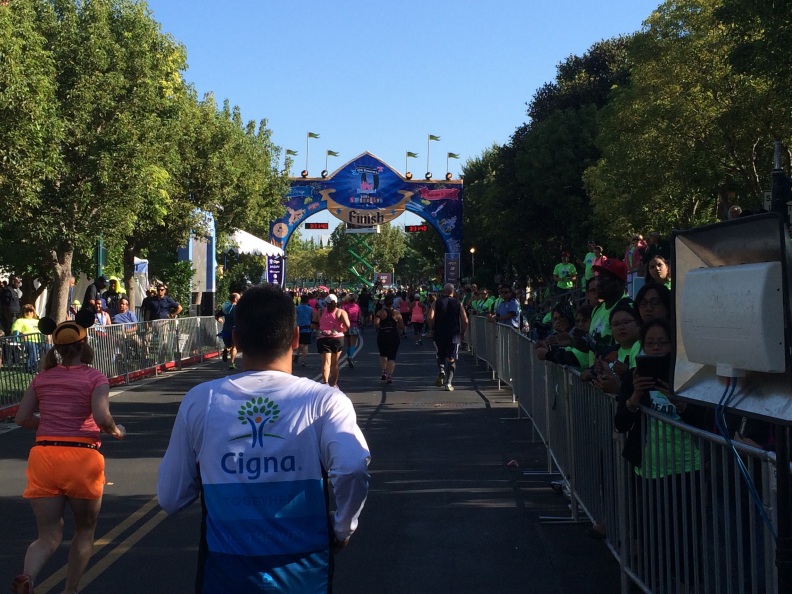 As always, I’m sure I’ll be super excited to see the finish line. Last weekend, I completed 15 miles. So, this shouldn’t be too bad. Right? Time will tell. I will be posting lots of pics on social media this weekend. So, feel to follow me at whyirundisney on Instagram. Can’t wait for all the fun to begin!