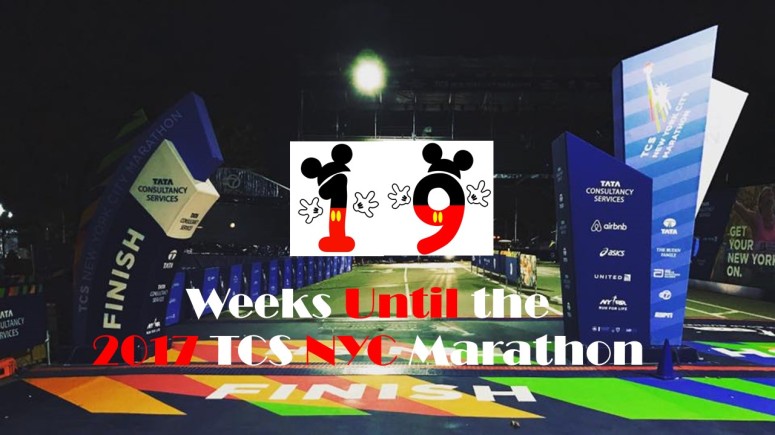 Time is continuing to move and the countdown is on. Less than 19 weeks until I run the NYC Marathon.  This cold that attacked me at the end of week 2 is still sticking around and had a similar effect on this week’s training. Here’s how it went..

On Tuesday, I got out for my 4 mile run. I kept the same intervals as the week before. Unfortunately, I was not running as well. The cold did have an effect on this run for sure.

Every run isn’t all bad. I actually got out to a quicker start than the week before. Even while I was running, however, I could tell that I went out too fast. Yes, I was happy with a quicker mile 1. But, I could tell right from the start of mile 2 that the rest of the run was going to be a struggle. At 24:07, I felt like I was right around where I was at on the previous 4 mile run. That wasn’t a good sign. After all, when you go quicker in mile 1 and end mile 2 around the same time as the week before, it means mile 2 was slower than the week before. I felt slower and felt my energy start to drain. The cold made this a much more difficult run. By the time I ended mile 3 (at over 36 minutes), I knew that this run wouldn’t be as good as the two from the week before. So, the last mile was where I crashed. It’s really interesting how that mental part of running can make a difference. This run could have been a little quicker. But, I sort of gave up in the last mile. By 3.5 miles, I was just trying to get through it and be done. Don’t get me wrong. If I needed more miles, I could have done them. However, my speed was way off. 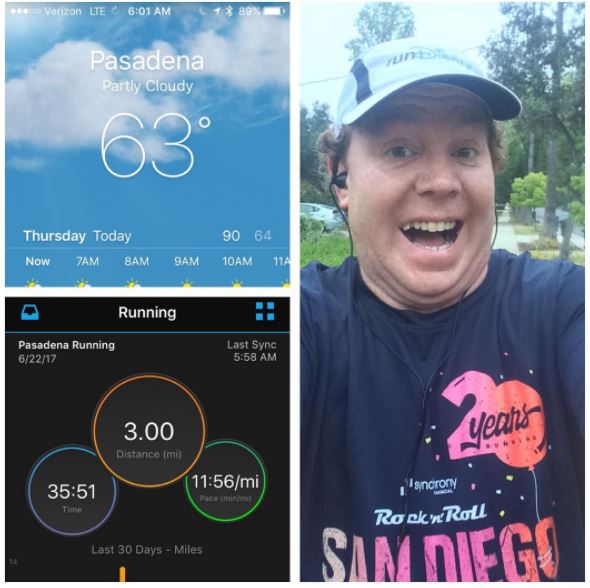 On Thursday, I really wanted redemption. Unfortunately, I didn’t get out the door in time to finish 4 miles. So, I went with the 3 mile route around my apartment instead. Hey…3 miles is better than no miles. Right? So, I went with the run 30, walk 90 seconds for mile 1 (just like my 4 mile runs). Then, switch to 60 second walk breaks for the last 2 miles.

As you can see by the splits, it was a much better run. Mile 1 of this route is slightly easier than mile 1 of my 4 mile route. So, I was a little bummed that my time was only 1 second faster. But, I made the transition to the 60 second walk breaks in mile 2 to see how it would go. On this route, mile 2 is the hard mile. See the difference in elevation gain? Yep. As I look at the difference, mile 2 of this route was the hardest in elevation gain for the week. So, that 12:17 for mile 2 is pretty good. As a matter of fact, when I saw that I was less than 30 seconds off that 12 minute per mile pace, I had to try and see if I could erase that in the last mile. Guess what? I did! Now, I did alter my run/walk in the last quarter-mile to make it happen. In the last quarter mile, I went with a run 1 minute, walk 1 minute (although it ended up run 55 seconds, walk 65 seconds, run 50 seconds to finish). 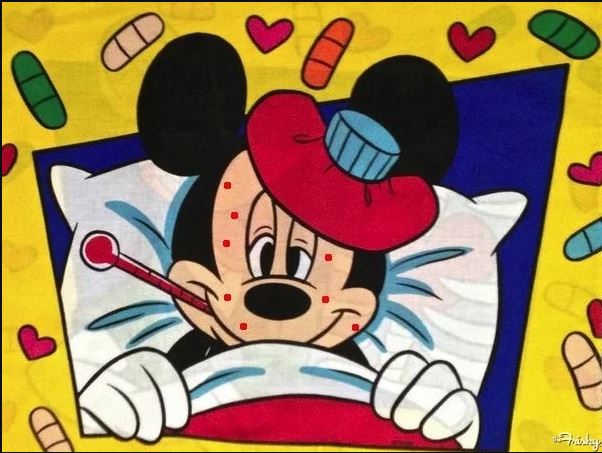 I really wanted to get my run in for Saturday. I truly did. However, I woke up feeling worse than the previous Saturday. Urgh! This cough needs to go! For most of the week, I was debating on how I wanted to approach this run. I had 6 miles and a 1 Magic Mile on the Calendar. But, I missed my 9 mile run the week before. So, what should I do? There was an event going on at the Rose Bowl. So, I had decided to get up early, head to the track, crank out the Magic Mile, come home, and hit my 6 mile route around the apartment. But, this cold had other ideas. All weekend long I was out for the count. The hard part of being a parent is when you get sick. You can’t get the proper rest. I got as much as I could over the weekend. But, I know it wasn’t what I needed. 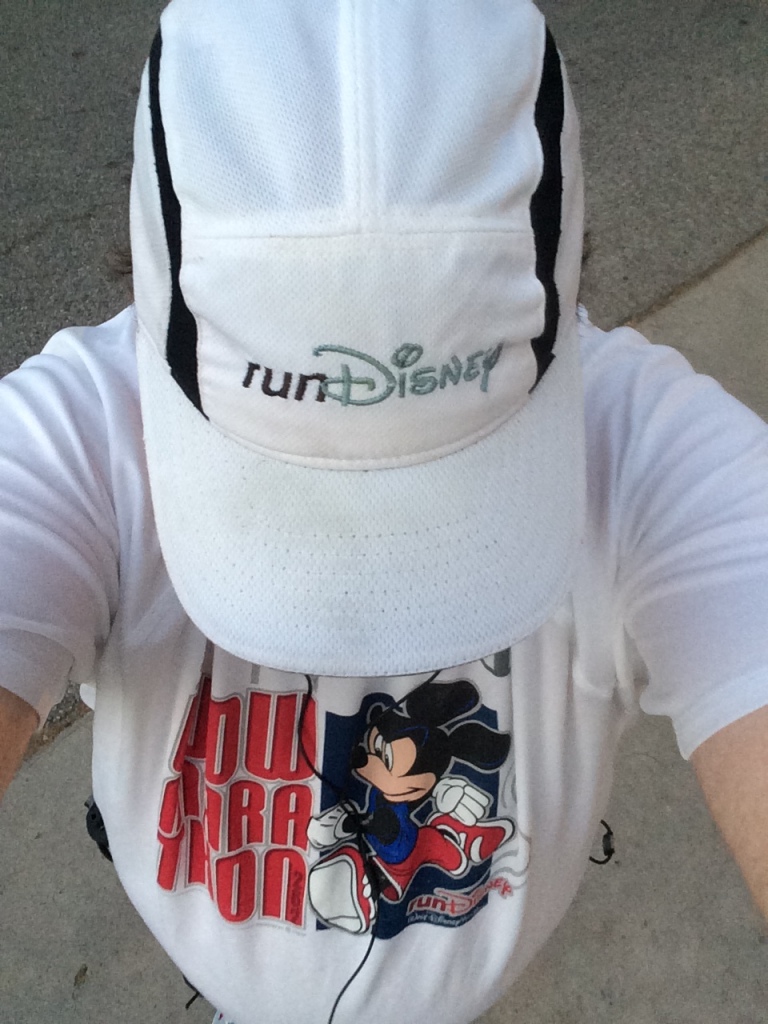 After two weekends wiped out fighting this cold, I made the decision to sit out week 4 of training. So, there will be no mid-week runs this week. I’m going to give myself some extra rest in the mornings and hope that the extra sleep on those days, plus medication, will see this cold become much more manageable. If I’m up for it, I’ll get out and run or hit up the gym over the weekend. If I’m still coughing this bad by the end of the week, I’ll head to the doctor to see what’s going on. I need the coughing to end ASAP. 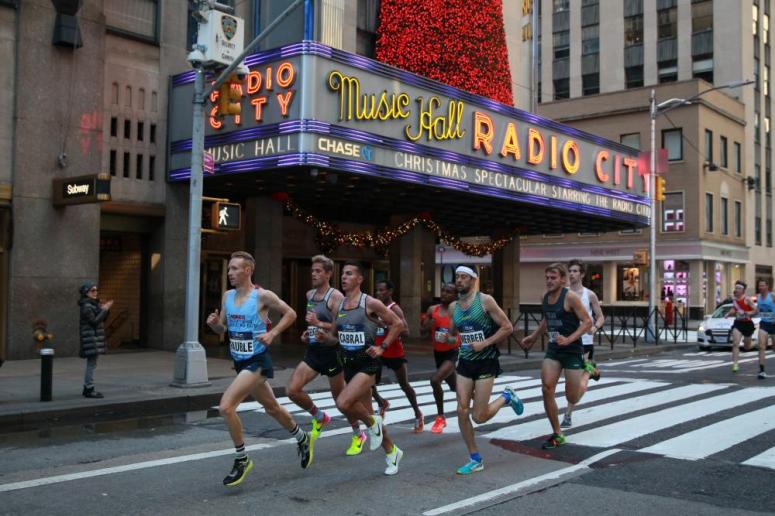 After all, in less than 19 weeks, I’ve got a marathon in New York City to run. It’s better to miss a week this early in the training than later. I figure that, even if I head to the doctor and he shuts me down another week, I should be up and going again by week 6. After 2 full weeks off, I should be raring to get going. Let’s just hope it doesn’t come to that.

One or two gym workouts this weekend would be amazing! Here’s hoping I have a workout or two to report on next week!