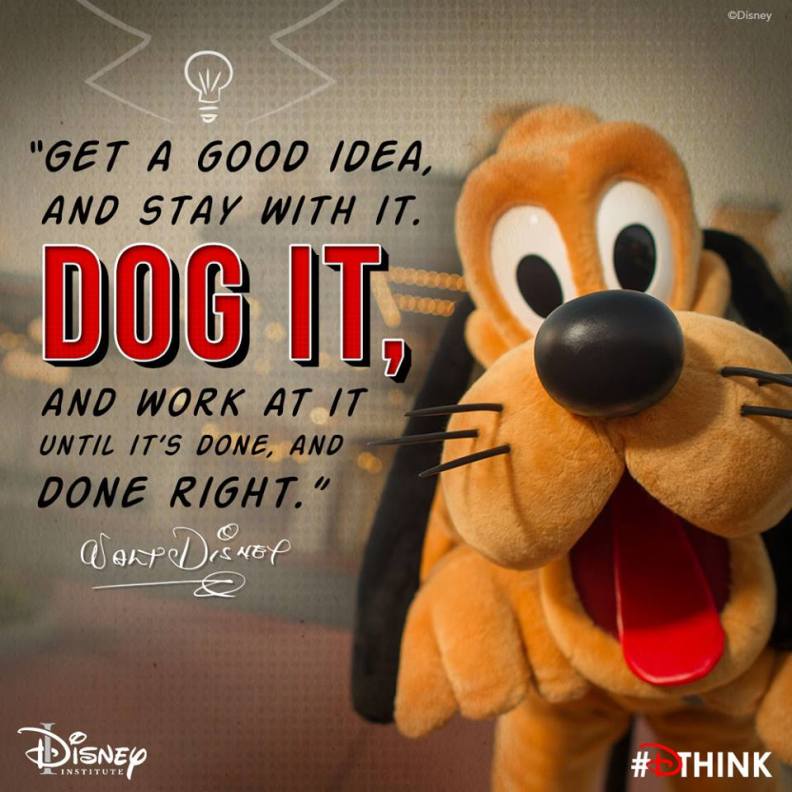 I haven’t had a lot of training runs for 11 miles over my running career. As this past weekend’s 11 miles came up, I looked back to see what kind of time expectation I should have. 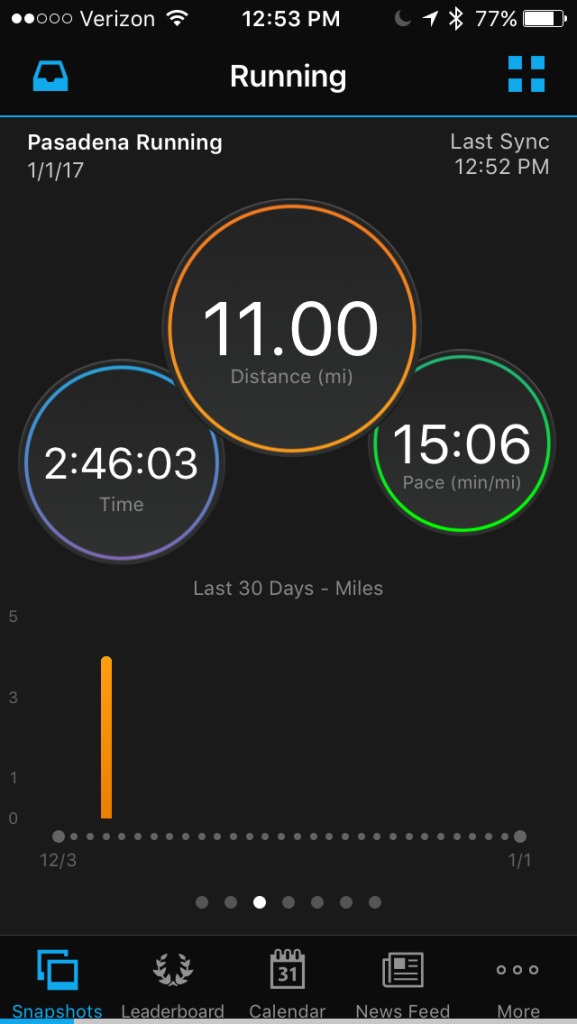 The last time I finished an 11 mile run, it was January 1st this year. As you can see, my time wasn’t the best. However, that was in large part because of that darn twinge in my calf during mile 10 which forced me to walk the last 2 miles. 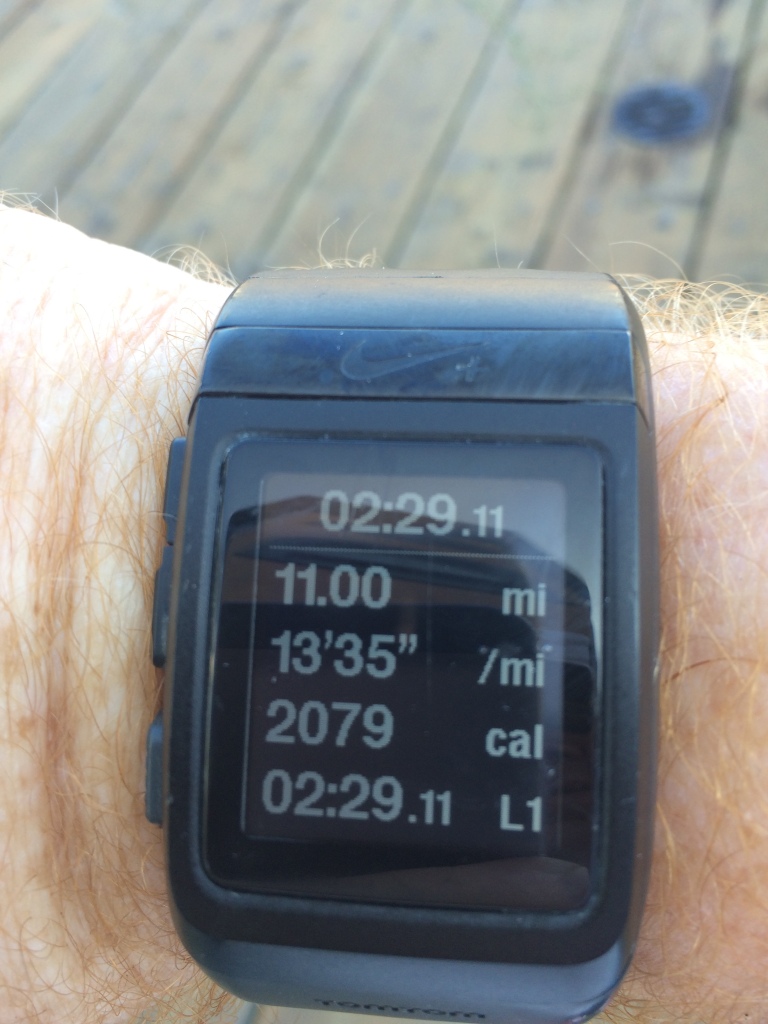 In 2016, I came across that 11 miles twice. The first time was in July while doing my preparations for training for the Avengers Super Heroes Half Marathon. This run was supposed to be a 13 mile run. However, I missed a long run a  month prior and 11 miles was the longest I’d end up with. This run was done at Santa Monica Beach (where I’ve done most of my 11 mile runs). 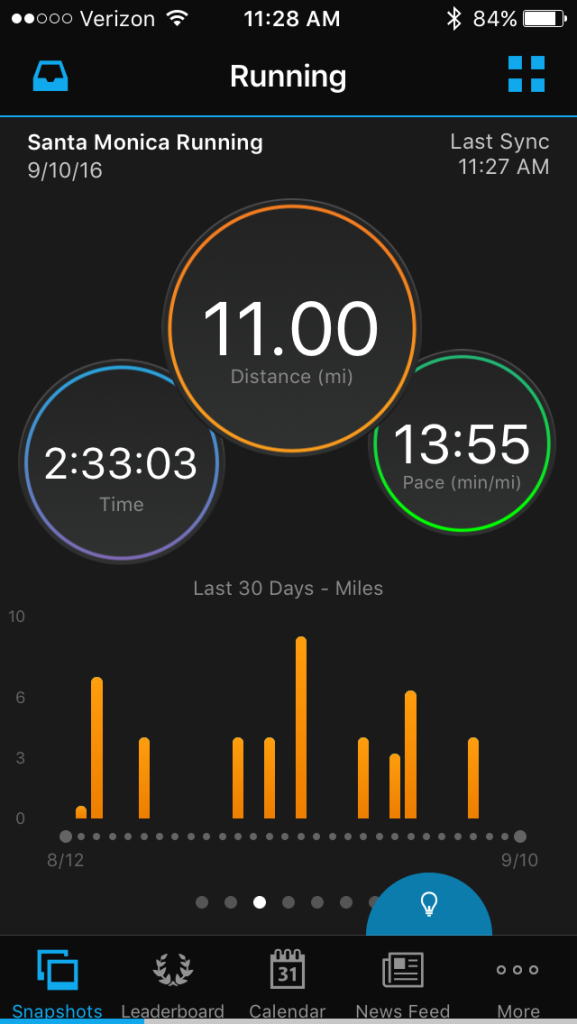 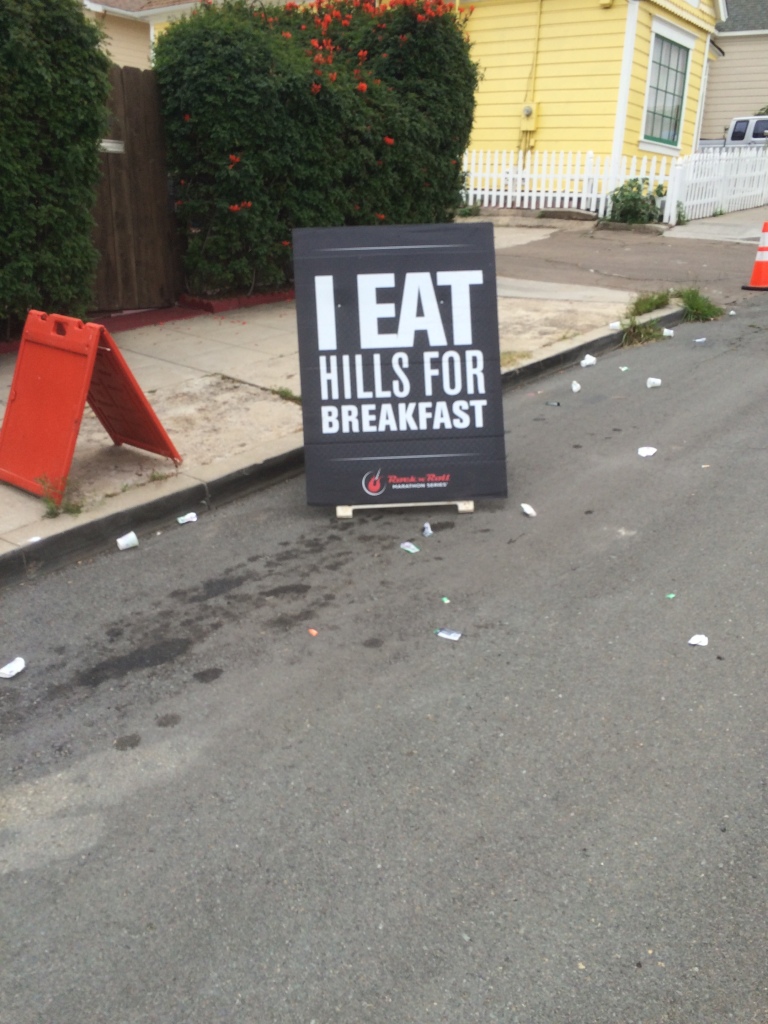 Knowing that the Rock n Roll San Diego Half Marathon has plenty of hills along the way, I knew that I’d need to start running with hills to get ready. Counting this 11 mile run, I had 4 long runs left before the big day. So, I decided to take my first long run with hills easy and see how it went. I decided to run 25 seconds, walk 95 seconds the entire way. 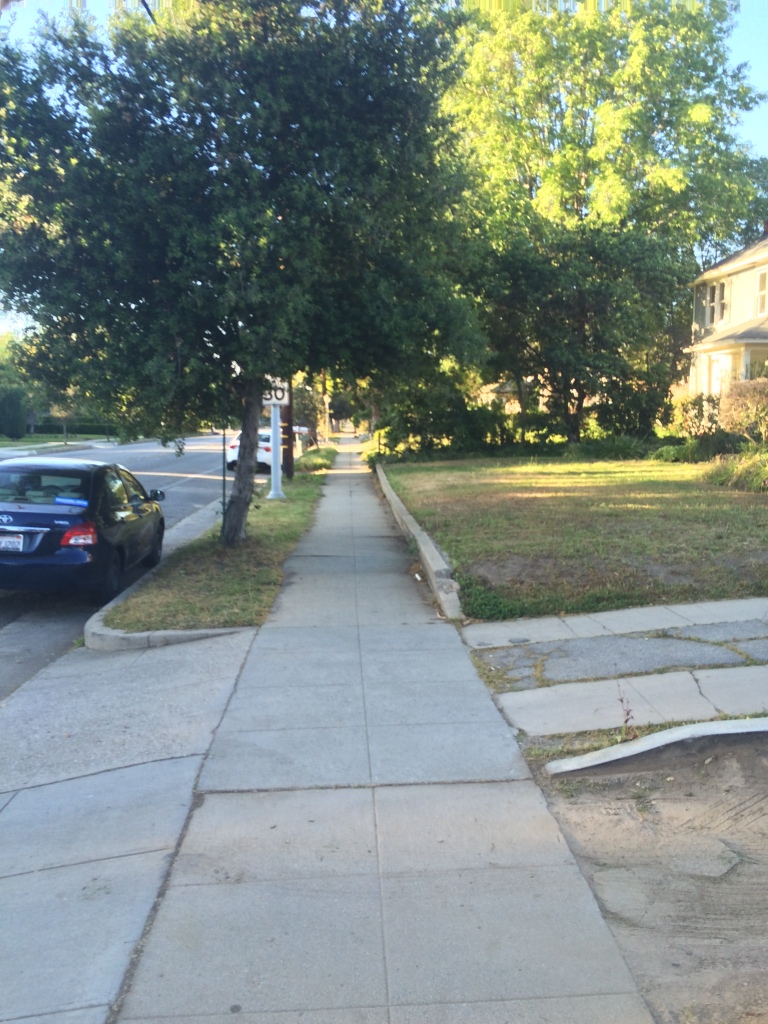 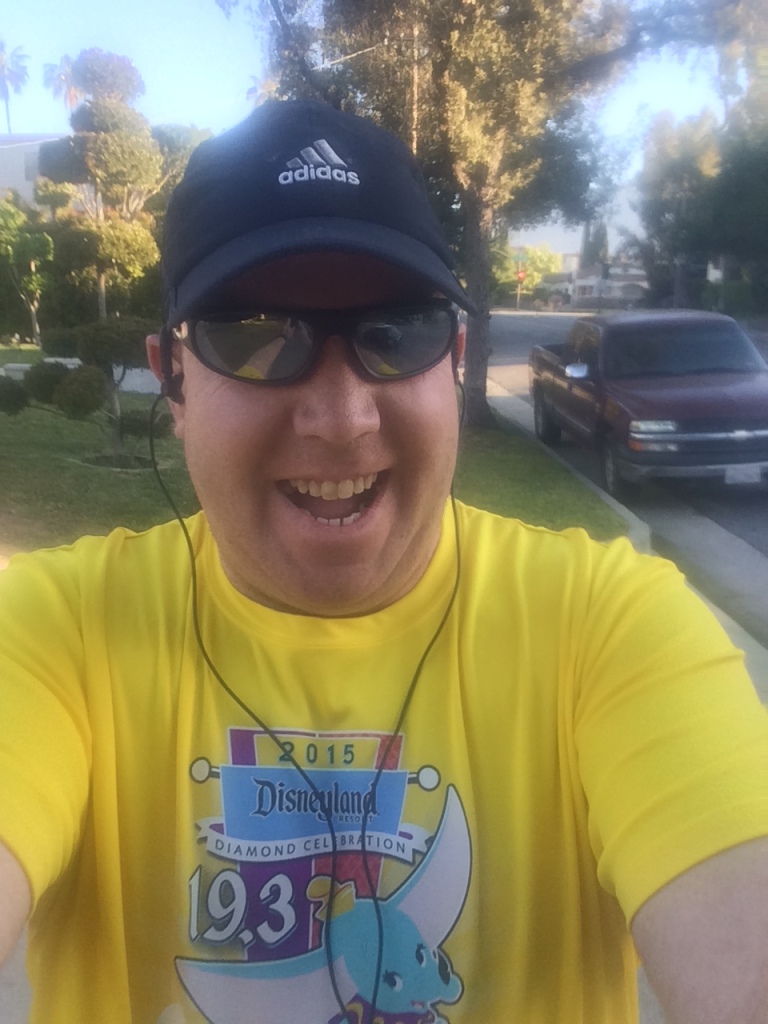 I wanted a before picture when I still had all the energy in the world! Mile 1 was pretty easy. I felt really good for the entire first 2 miles actually! This run 25 seconds, walk 95 seconds was working well for me. Each mile took longer than 12 minutes. But, I was feeling good! I took on hydration every 2 miles. So, as I got close to the end of mile 2, I made a very conscious effort to not miss out on the liquid. 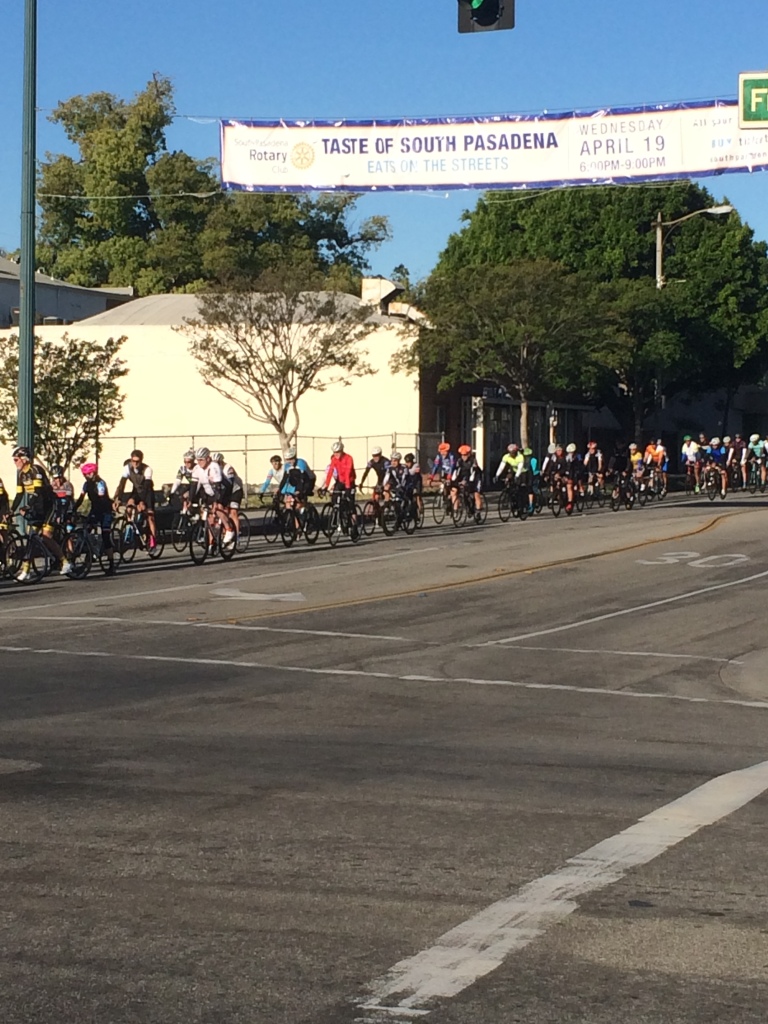 Towards the end of mile 2, I saw this large group of cyclists! There were also several Pasadena Pacers out and about in South Pasadena. I love seeing others out while I’m running! 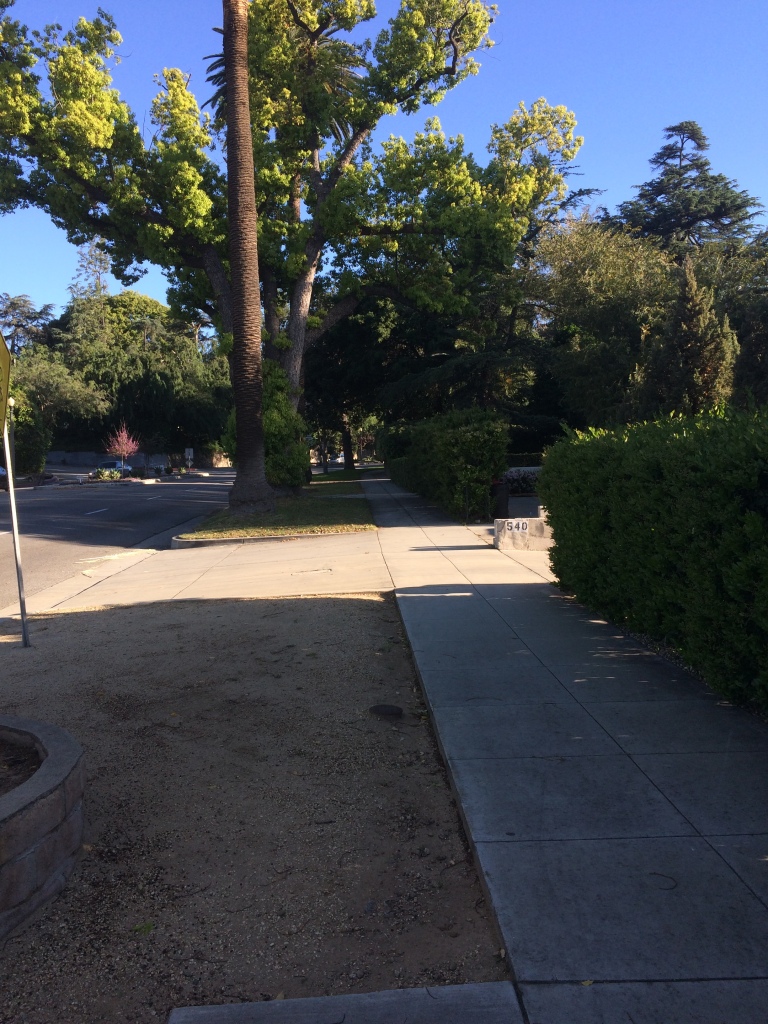 About a quarter mile into mile 3, the first big hill started. 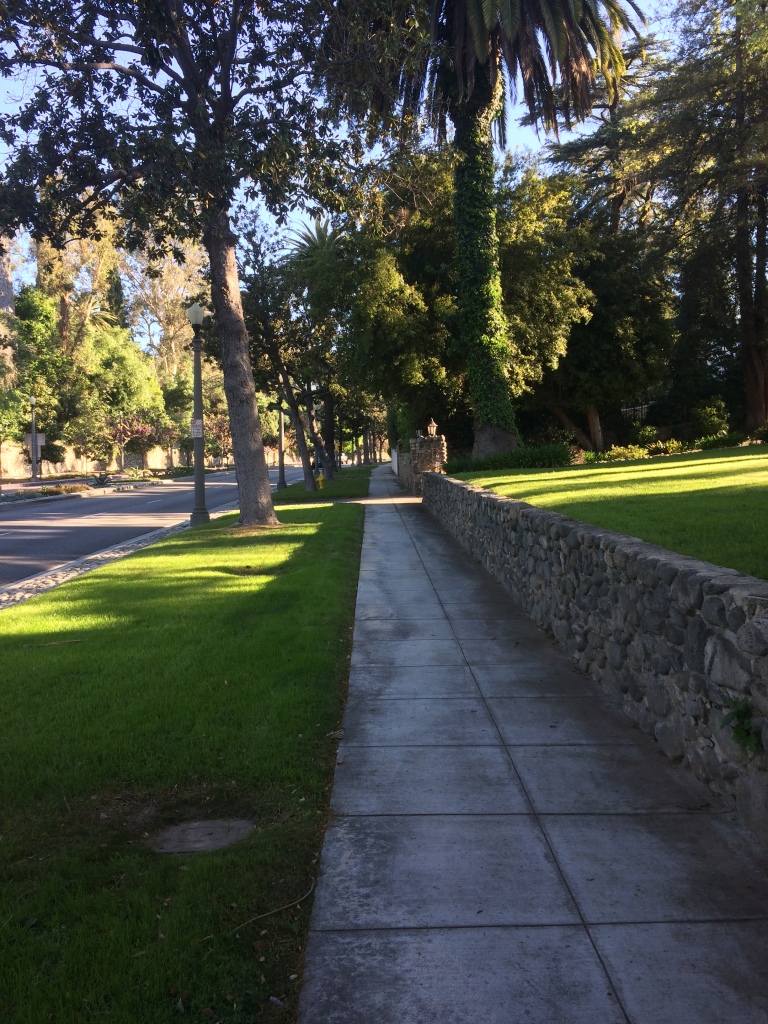 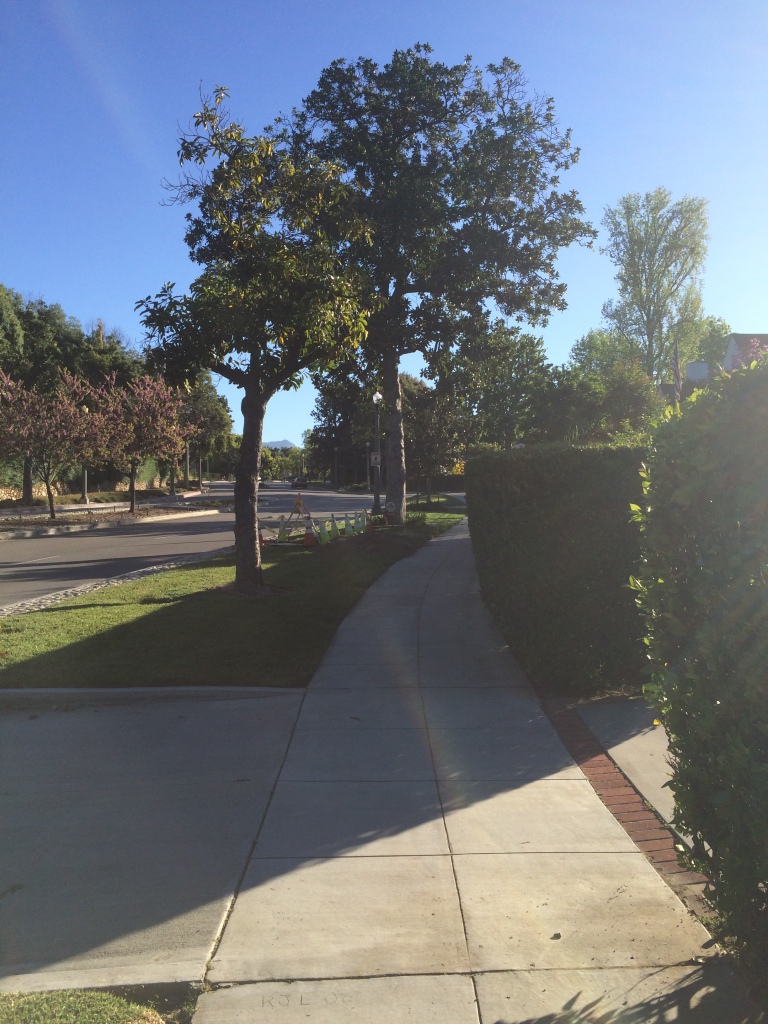 and going for a little more than half a mile. Even when the steepness leveled out, I kept climbing. This route, going up Orange Grove Blvd. is challenging to say the least. The incline continues for around 2 miles. Even before the climb I took the pics of, I was on the way up in elevation. It’s just that the climbing is the steepest from 3.25 – 3.75. Then, it levels off, but continues to climb all the way to around 5.25 miles. The steep climb went better than I thought it would go. I didn’t need to skip any run intervals. I did stop a couple times on walk breaks to get the pictures. But, I didn’t skimp on the runs. 95 seconds gave me just enough time to catch my breath and get ready for the next run interval. 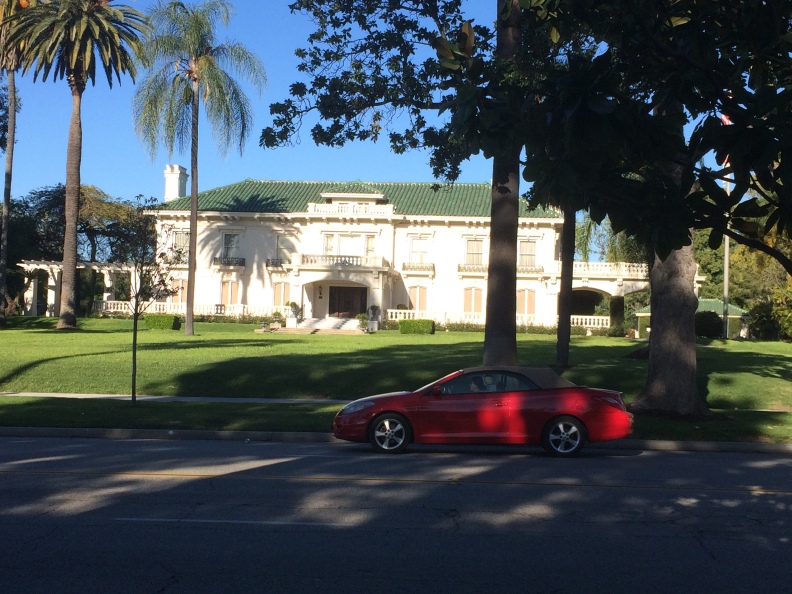 Orange Grove Blvd. is a nice looking road to run up. You even get to pass by the Tournament of Roses House. If you’ve ever seen the Rose Parade…this is where they’re headquarters. I pass here around 4.1 miles into this route. One thing that surprised me was how fresh I felt by the time I got here. Those 95 second walk breaks almost seemed too long. I’ve never experienced that before. 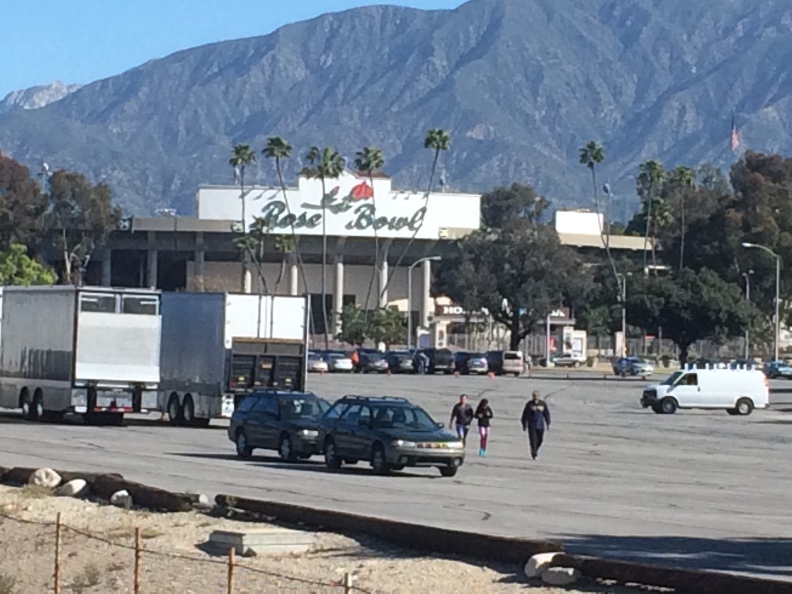 Getting into the Rose Bowl loop is fun. It’s a nice downhill into the bowl. I kept telling myself to not push the pace too much. I really had to hold back. Although, at the end of mile 5, I did have a few run intervals that went over 25 seconds. 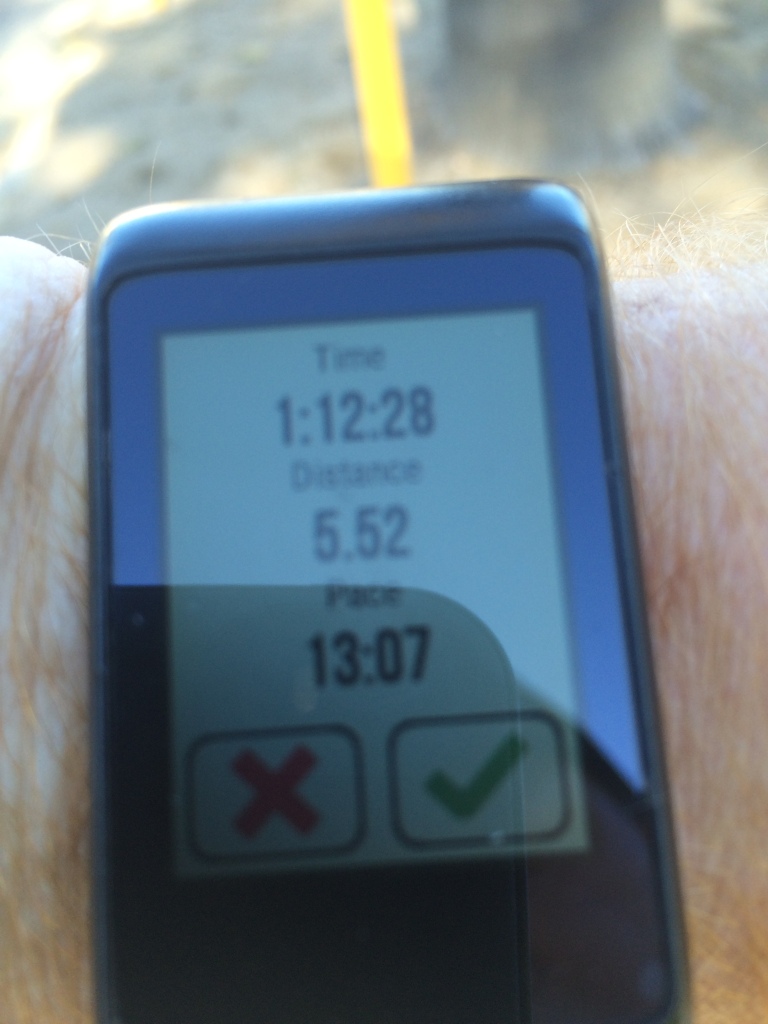 Shortly into the Rose Bowl loop, I got to around the mid way point of the run. With so much climbing in the first half of this run, I decided to stop for a quick documentation of this point to see if I could get negative splits. Even though I wasn’t pushing for a fast time, I really liked my time for this first half. I would like to get faster in the first 5 miles as I go forward. I was around 1:06:00 when I got to the end of mile 5. I want to be 5 minutes faster. But, the time I had was okay for now.

I loved running around the Rose Bowl loop. It’s a glorious 3 miles at times! Knowing that I only had one lap made the lap go by even faster for me. Yes, the first mile is slightly difficult as you are increasing in altitude. It’s not as bad as running up Orange Grove Blvd., but it is still felt. 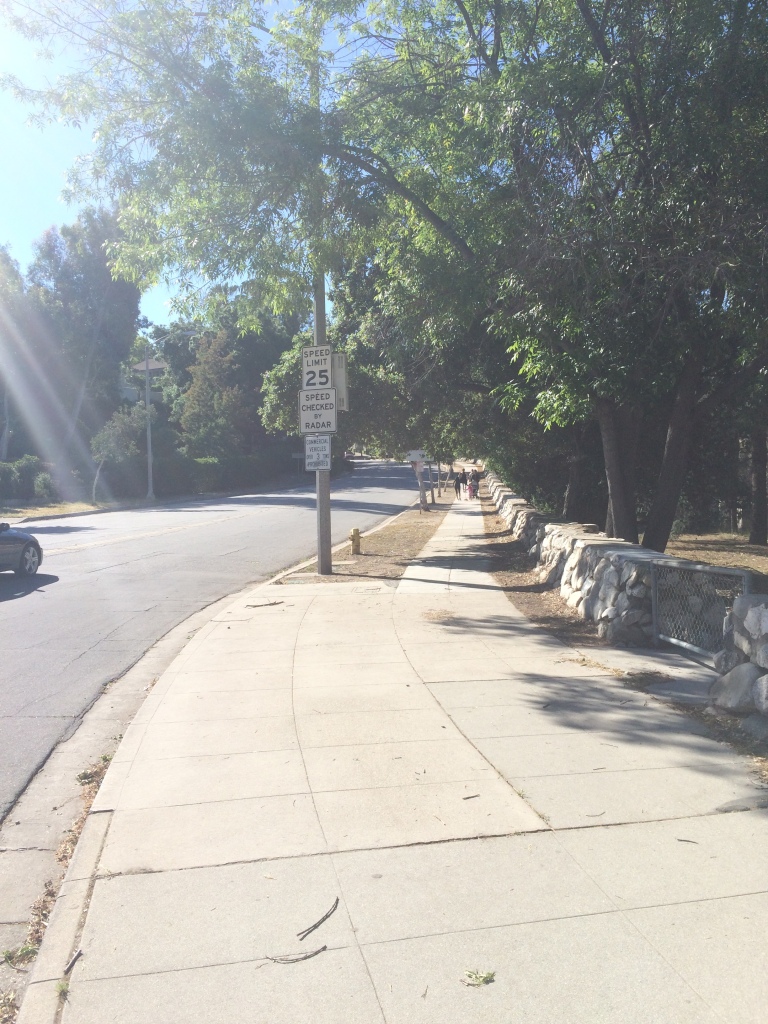 At the end of the loop, I faced the second major climb of the day. Coming out of the Rose Bowl is around another half mile climb. This one, however, does have a part where it levels out a little bit. On my first run interval, I made it through 20 seconds. Then, I needed to walk it out. It was my first missed 25 second run interval. Since it happened in mile 9, I was okay with that. As I walked and recovered, I prepared for the last up hill push. By the time I got back up to Orange Grove Blvd., I was happy to be at the start of a walk break! My time was looking better than when I ran the 9 miles around the Rose Bowl two weeks prior. 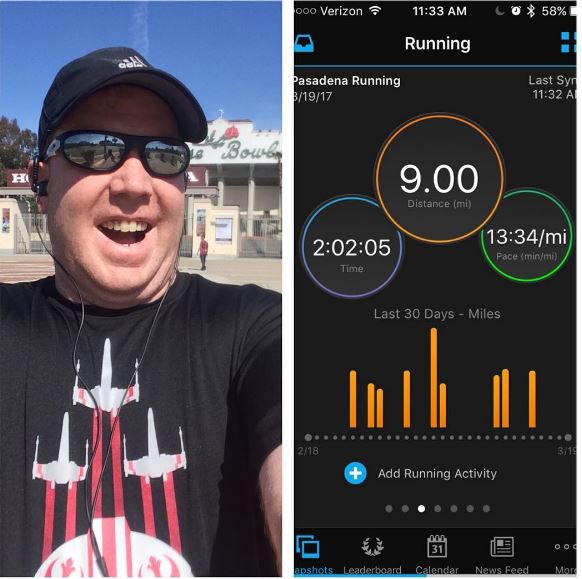 I ended that awful run with a time over 2 hours. Not cool! 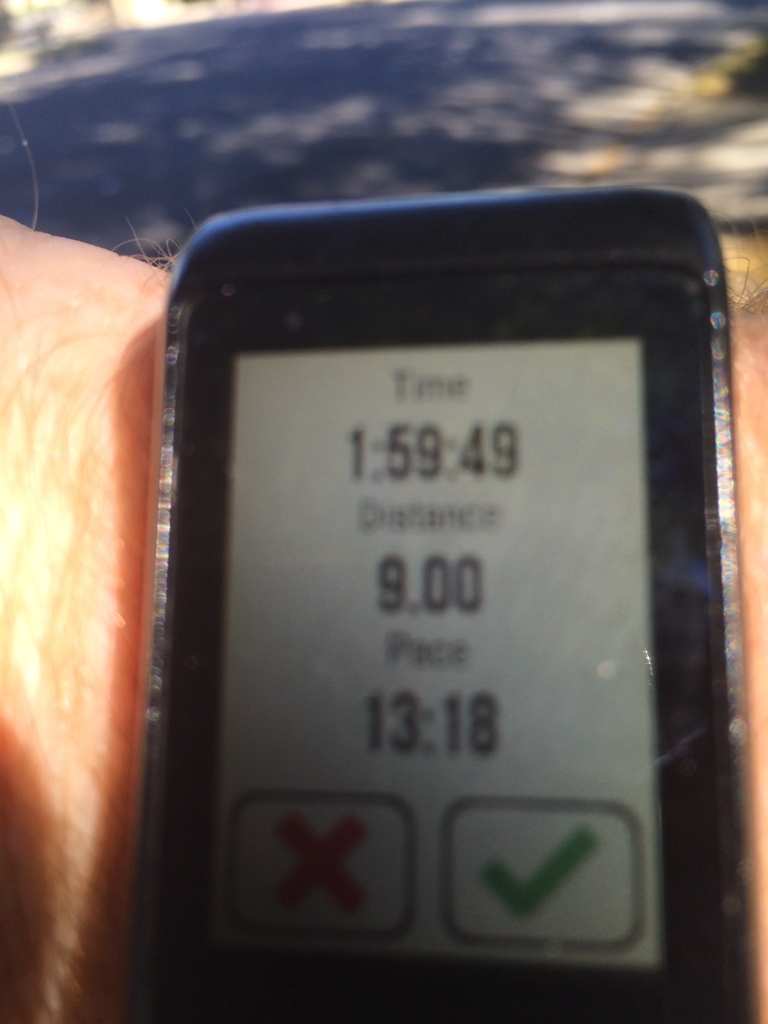 By the time mile 10 started, I knew I’d faced the worst this route had to offer. All that was left was to finish out the last two miles. There’s a nice downhill as I started down Colorado Blvd. At the bottom of the hill, I felt my left calf start to tighten. Uh-Oh. Not a good sign. I decided that was a sign that I might be pushing a little too hard. So, I tried to slow down a bit on my runs and make sure to breathe right. I love running through Old Town Pasadena. 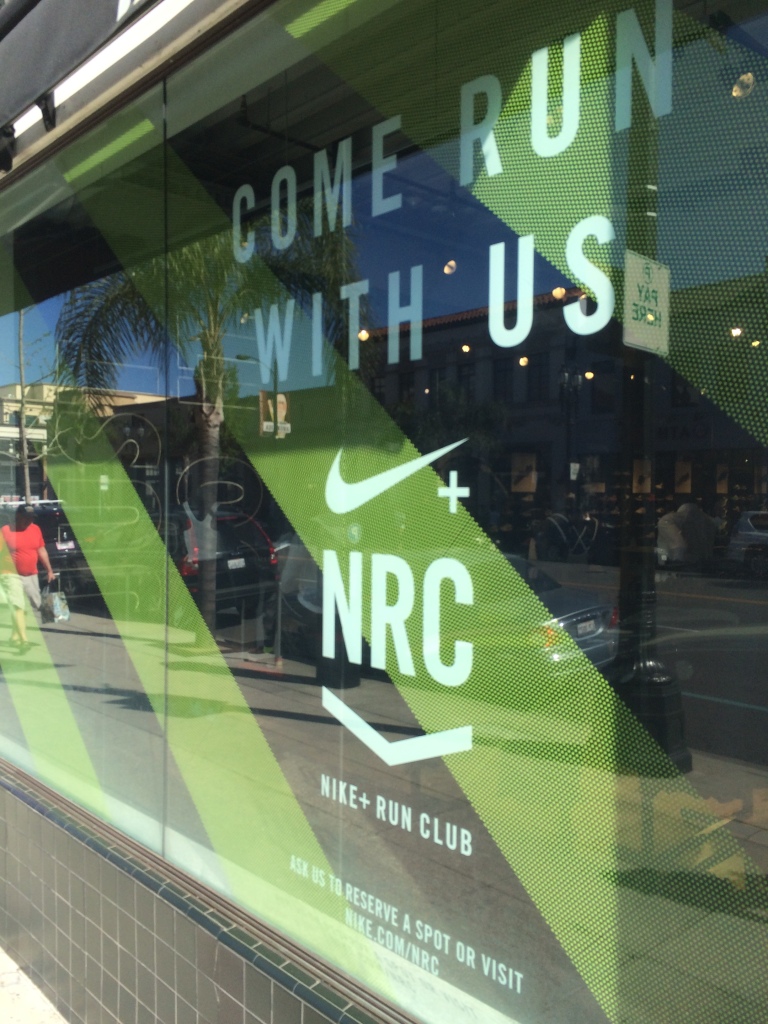 Normally, when I run down this way, I’ll cross the street once I get past the freeway. This time, I wanted to run by the Nike Store. Come run with us! Absolutely! I finished mile 10 at 2:13:04. To hit my goal in the RnR San Diego Half Marathon, I’d like to be at the end of mile 11 by this point. Since this was my baseline run over this route, I was okay with my time at the end of mile 10.

As I mentioned yesterday, it was in the last quarter-mile of mile 11 that I experienced that darn twinge in my lower left calf again. To be honest, while I wasn’t happy to see that happen, I was happy that it happened at the end of mile 11. I ran through the twinge in two run intervals in a row. Since I had a run interval coming up at 10.90 miles, I decided to walk it out. 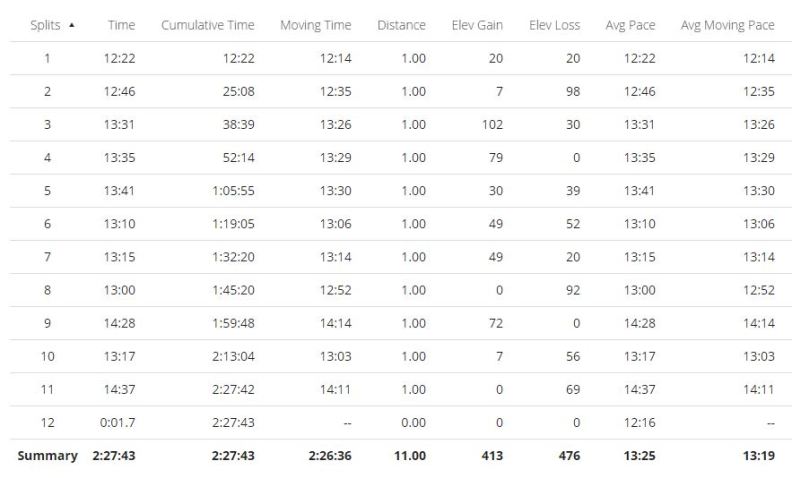 Here’s the splits from this 11 miler. Miles 3, 4, 5, and 9 are where the big climbs were located. So, it makes sense that my times are the slowest in these miles. I kept the pace pretty steady through the Rose Bowl Loop (Miles 6 – 8). Mile 11 was slow because of the calf problems which slowed me up a bit. 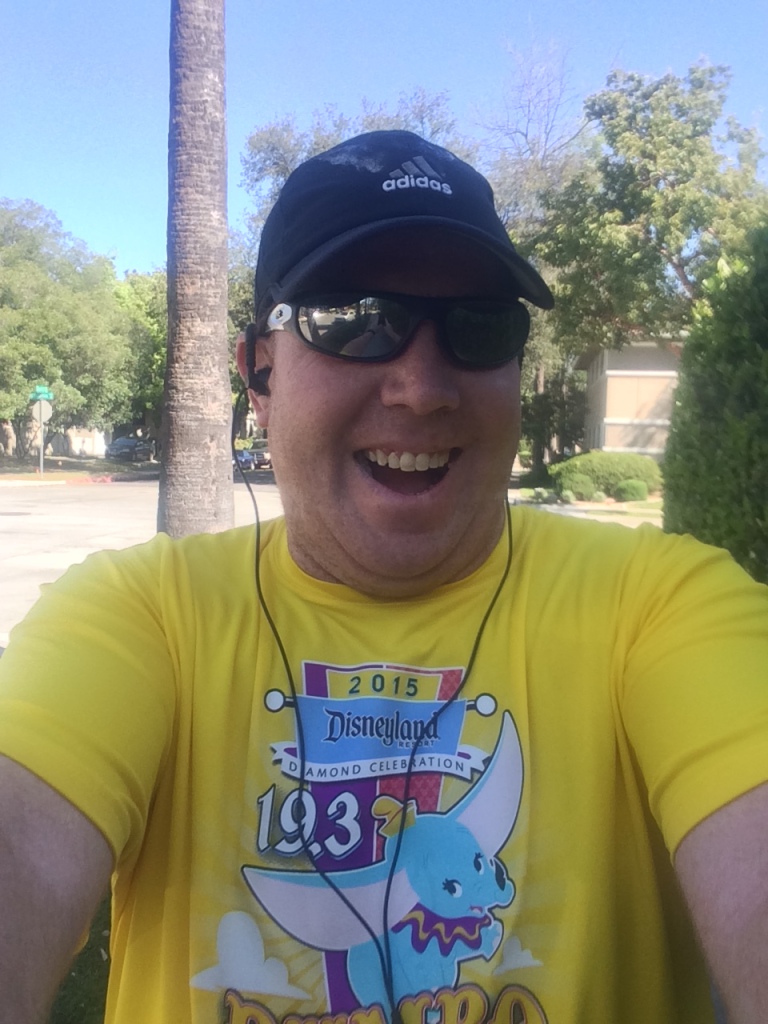 All things considered, I was really happy with this 11 mile run. I got in some hill work and used run/walk intervals that worked okay for this first time through the hills. I also liked that this run didn’t leave me feeling exhausted. I actually felt pretty good all the way through the run. I did feel pretty gassed at the tops of the two big hills. But, that is to be expected. Each time, I soldiered on knowing that I would recover. Additionally, I beat my 9 mile time from two weeks ago and I had my fastest 11 miles since at least 2015! So, things are looking good as I enter week 10 of training.

One Reply to “Bring On Those Hills!”