In Southern California we’ve been blessed with more rain in 2017 than usual. It’s actually brought parts of California out of a drought! As good as it is to have rain fall, on a race weekend, we all want the rain to stay away. The weekend before the Star Wars Half Marathon Weekend, runDisney had to actually cancel the half marathon due to thunder and lightning storms. It was kind of crazy. So, when the first day of the Expo for the Star Wars Half Marathon featured rain, I’m sure it had the runners and race organizers checking their weather apps to make sure the races would be okay…and they were. However, attending an expo on a rainy day made for a different kind of Expo day.

I started off the day by getting in line for the official runDisney merchandise booth. This year, there was no showings of the original Star Wars trilogy like they had the previous two years. That was okay. The wait to get in always gives you the opportunity to make some new friends. It’s so fun to hear the stories of the various runners in line around you. 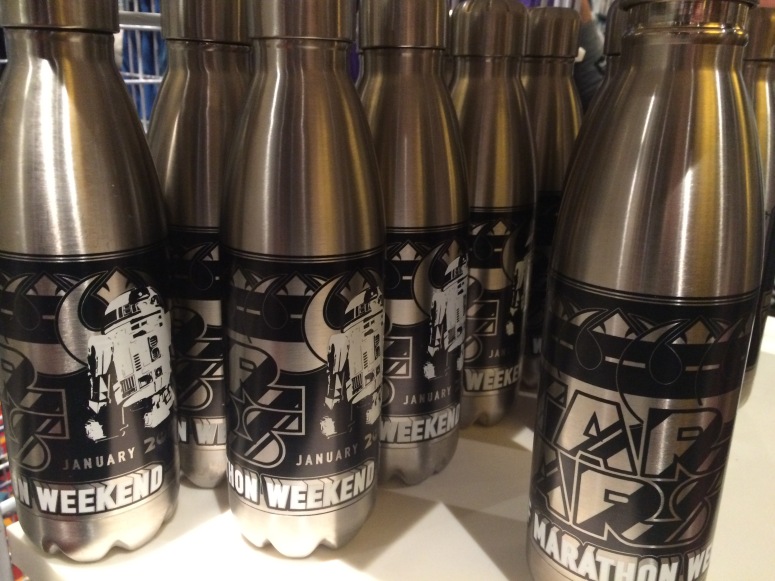 I’m a huge fan of the Star Wars franchise. So, getting to the official merchandise area early was a must. With a little one in the home now, I couldn’t spend as much as I would have liked. I really liked the drink ware for this race! 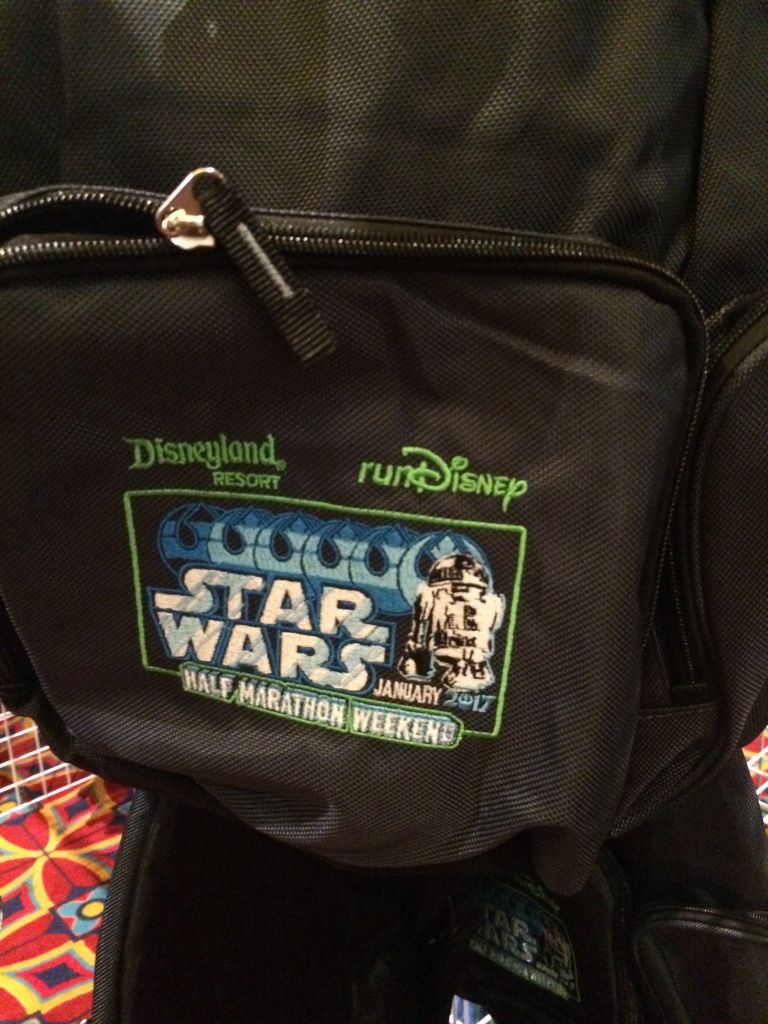 Last year, I bought the sling pack they sold. So, this was a little easier to pass on. However, I was a little bummed that the price was slightly cheaper than the year before. Oh well. 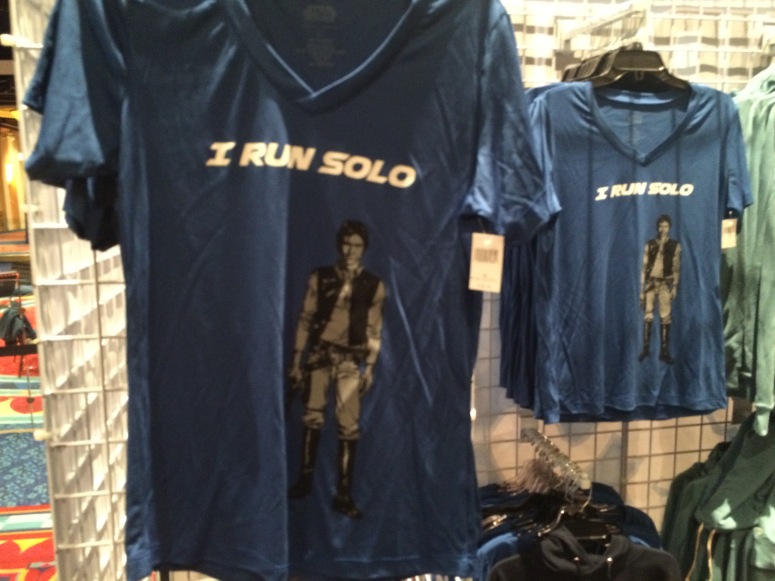 There were two “I Run Solo” shirts featuring Han Solo. One for men and one for women.

The official shirt for the weekend wasn’t too shabby. If I wasn’t trying to keep everything in budget, I might have been tempted. After all, I don’t own very many purple shirts.

This shirt was showed that, once again, the women tend to get the better shirts. I loved this one. However, it doesn’t work for a guy.

As you can see, the Rebel symbol was on several options for merchandise. Neither of the above were tempting to me, however.

This shirt did speak to me. So much that I ended up wearing it for the half marathon!

However, I ended up purchasing this runDisney Star Wars Half Marathon Weekend ornament instead. It was a difficult decision, but the right one for me.

Once I had the official merchandise purchased, it was off to get my bib. As you can see, a casualty of the rain was that the normal carpet with race logo on it was missing.

This time around, I not only got my race bib, but also the bib for my boy! Both times, I walked right up and got the bib…no lines!

The rain didn’t keep runDisney from keeping up their welcome to the race weekend area, though. So, after getting my bib and my boy’s bib, I headed into the main expo floor.

There were banners for all the races. This one was for the Star Wars 5K. I know that I wasn’t running the race. However, I loved Rogue One: A Star Wars Story.

With Luke Skywalker being one of my favorite Star Wars characters of all time, I couldn’t resist the selfie! I’m not sure what race he was representing. It was probably the half marathon.

Once inside, I picked up my race shirts….and Colton’s.

Then, I headed to the Expo floor. One of the stops I made was at the New Balance booth. All of the new 2017 shoes were out on display. I’m not 100 percent sure that I’ll actually buy any of these this year. I just knew that I wouldn’t be purchasing any of them at this Expo.

I kind of loved that there was an official Star Wars Half Marathon – The Light Side car!

I also made sure to stop by the runDisney booth.

After leaving the Expo, I ran into Kim and Gail…the Run all the Races ladies! If you don’t know them, you should look them up. Both Kim and Gail are super nice people and they come up with some of the best race costumes each and every runDisney race weekend.

After a quick lunch at the Earl of Sandwich, I headed back to my car. It was still very wet from all the rain. I always love getting a pic like this on Expo day. 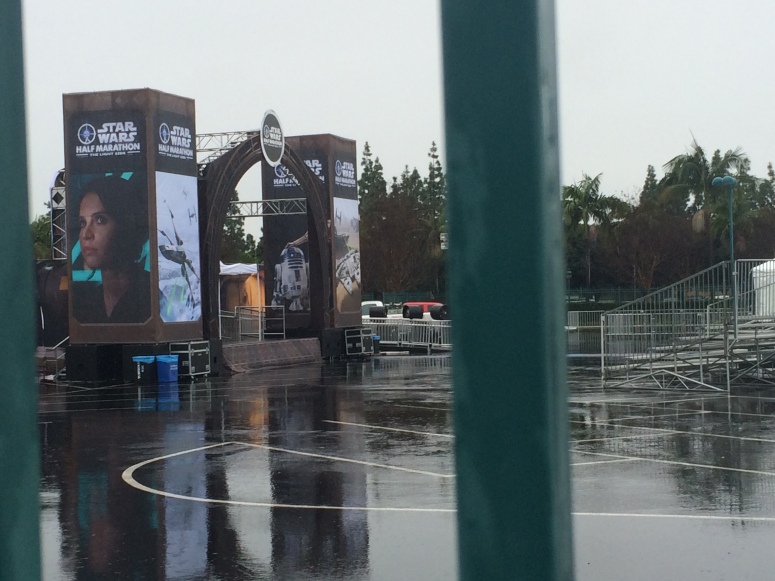 Here’s what the family reunion area was looking like one day before the first race. The signage was all about the two most recent Star Wars movies. It was a fun Expo. I’m probably never gong to be bummed about a Star Wars themed Expo. I just wish I didn’t have to deal with all the rain. Outside of the rain, I wished that there was a good free photo offered at the expo…

In the Inaugural Star Wars Half Marathon, they had this fun free picture…

Then, there was this picture from last year… 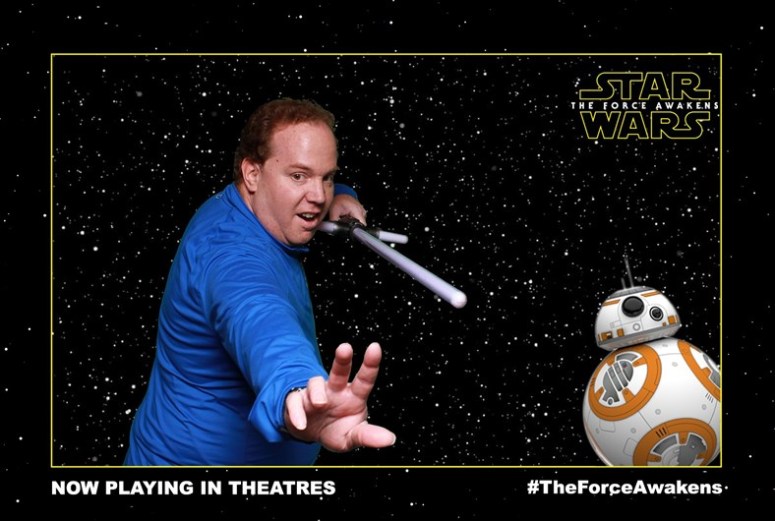 and this one. It’s too bad we didn’t get a cool freebie like these this year. Oh well, no Expo is perfect.