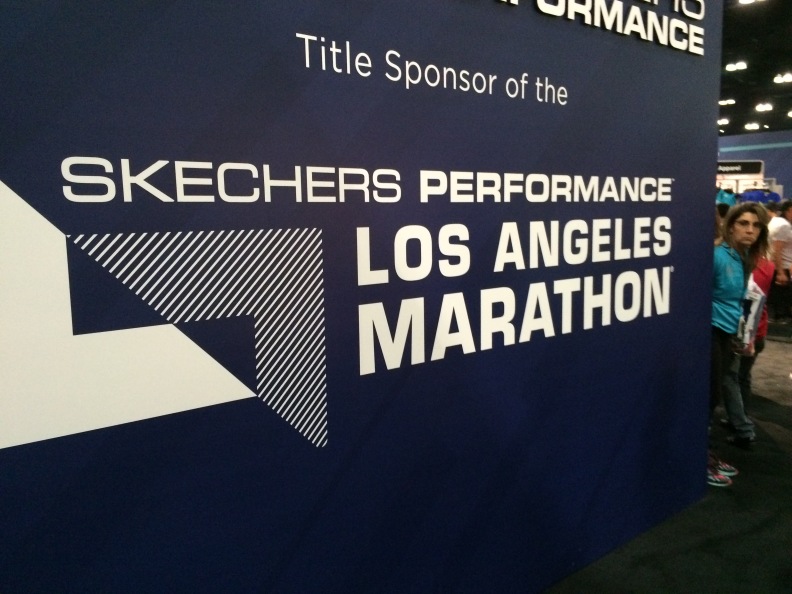 As I mentioned on Monday, the Avengers Super Heroes Half Marathon did not go as I had hoped. So, I failed at my first goal race on the way to the 2017 TCS New York City Marathon. That’s okay. Each goal race I have along the way is what will keep me moving forward. The end goal is, and always will be, to finish the 2017 TCS New York City Marathon in under 6 hours. As long as I do that, it really doesn’t matter if I hit the other goals. While it’s important to me to chase those goals. Missing isn’t the end of the world. The next goal race is the 2017 Sketchers Performance Los Angeles Marathon on March 19, 2017. I spent my week off from training working on getting my mind ready to start a new cycle of training. 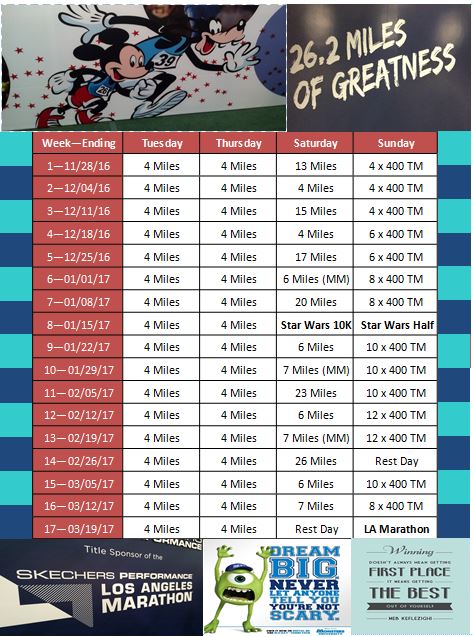 So, here’s the training plan for this cycle. Don’t you like what week 1 has for its long run? I’ve used the Jeff Galloway training plan for the WDW Marathon to help build this plan. This is the last 17 weeks of that plan. The idea is that I’ve worked myself up to the half marathon distance. So, I’ll just build from there. Tomorrow, I’ll have my 3rd 13 mile run in 6 weeks. 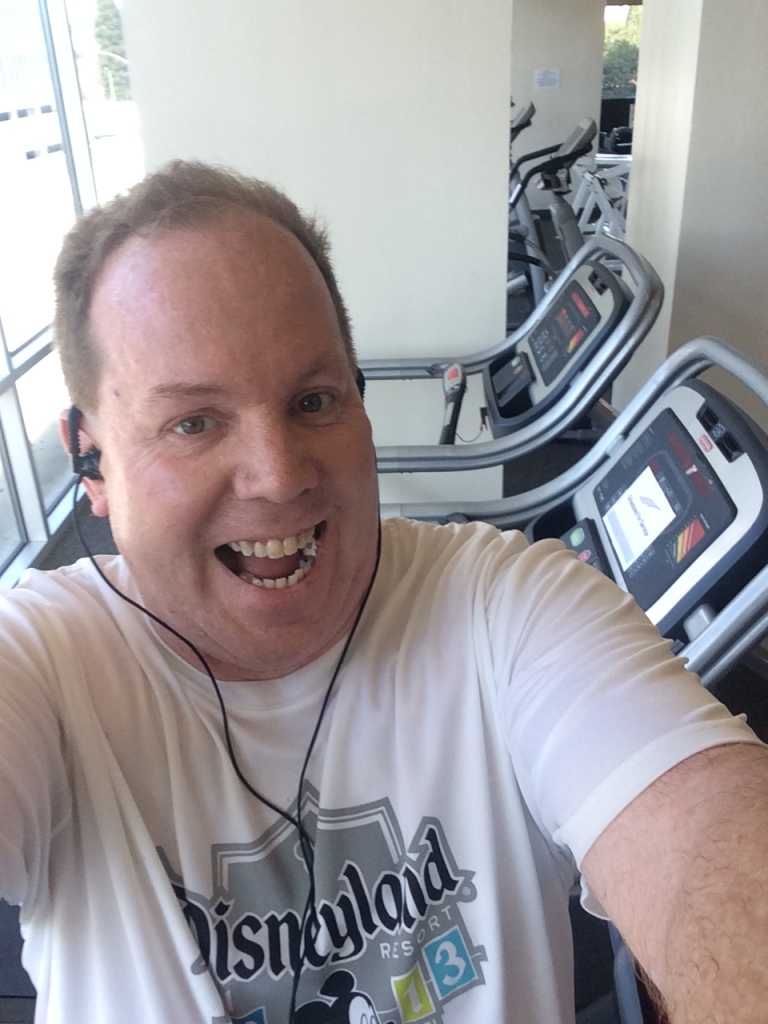 Something I think will be huge for me in this cycle is getting back to gym workouts. As you see on the training plan, I’ve got X x 400’s each Sunday. Those will be done on the treadmill as part of a gym workout. When I trained for the 2015 Asics Los Angeles Marathon, I think that the gym workouts I got at the end of my training cycle benefited me greatly. So, I’m bringing them back. 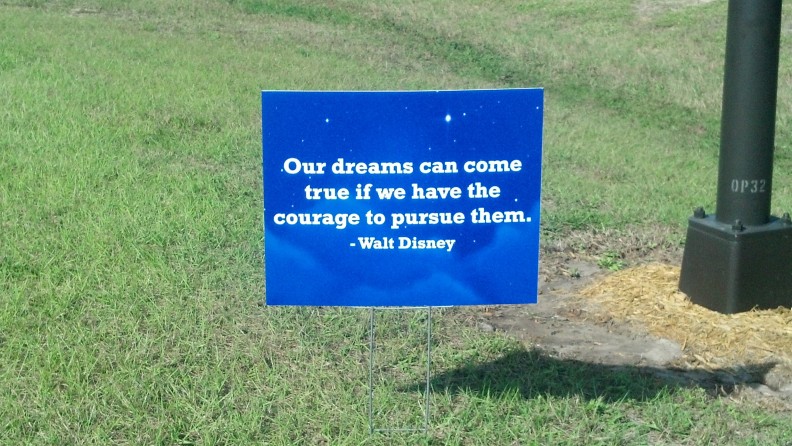 Running and training for a full marathon is no joke. 26.2 miles is a long way to go in one day. So, I need to pursue this race wholeheartedly or this race will eat me alive. As always, I’m pursuing consistency in my training. It’s one thing to have a training plan in place. It’s another to execute that training plan. I trust the plan I have. However, the big key is to hit each and everything on the plan. 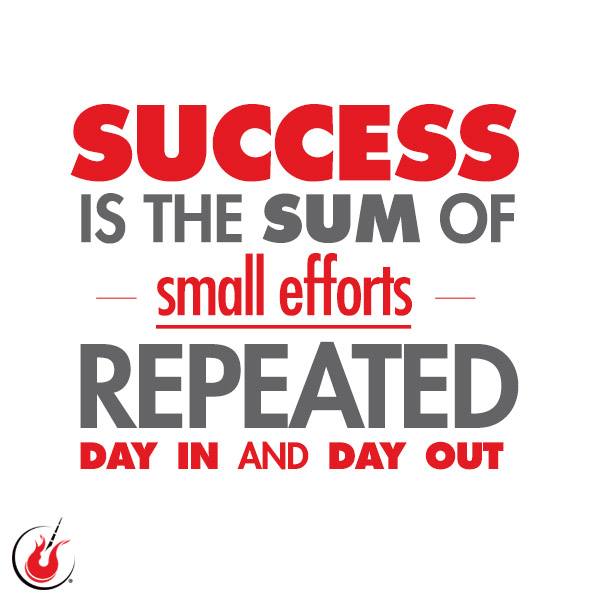 I started using new run/walk intervals before the Avengers Super Heroes Half Marathon. I plan on using those same intervals through the entirety of this training plan. I believe that as I continue to repeat these run/walk intervals on both the short, mid-week runs and the long runs, I’ll build the stamina needed to carry it out through the marathon. Each and every workout matters on this 17 week journey. 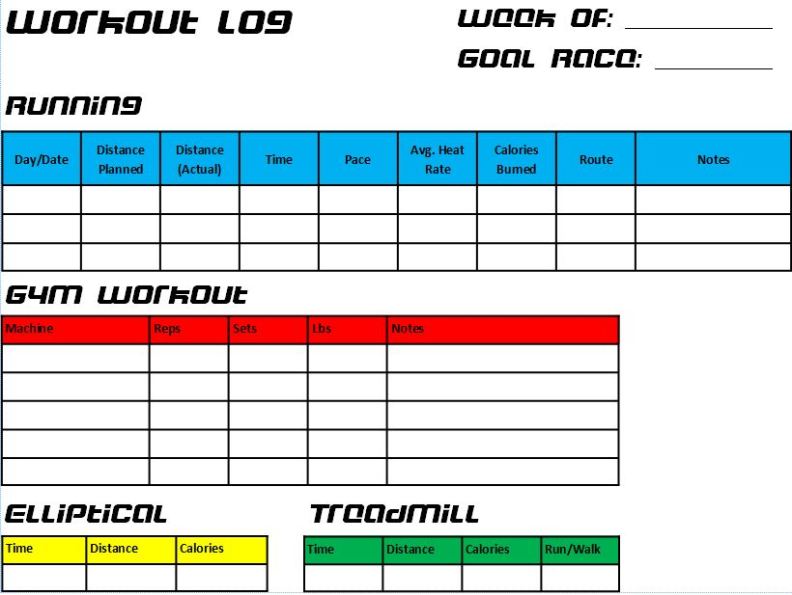 To help me keep on track, I’ve created the above Workout Log sheet that I’ve printed out. Each and every week, I’ve added a graphic of motivation to keep me going as well. I used to write out all of my workout information. Maybe, the act of doing so again will help keep me motivated for all 17 weeks. 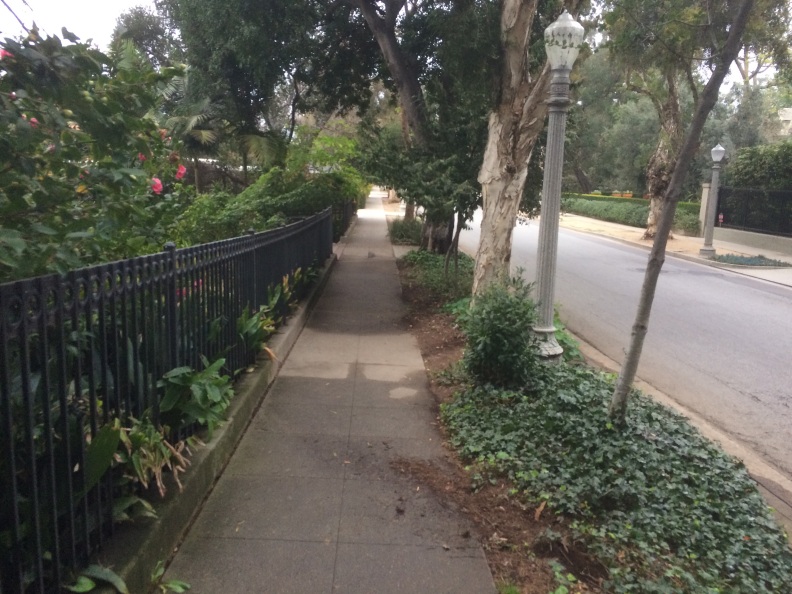 The overall trajectory of the Los Angeles Marathon course is a decrease in elevation. However, there are plenty of hills along the way. So, I’m not planning on doing any beach runs this time around. Instead, I’ll take advantage of the hills in Pasadena and South Pasadena in my training. Especially in the long runs. I’m planning on including these hills tomorrow, on my 15, 17, 20, and 23 mile runs. Hopefully, with 5 runs over these hills, I’ll improve and build confidence that will help me on the Los Angeles Marathon course. For my 26 mile run, I’ve got a plan to run around Disneyland, the Honda Center, Angel Stadium, Knott’s Berry Farm, and Medieval Times. It’s the course, I wanted to run when I got ready for my very first marathon. On that day, however, I only finished 17 miles due to a fall I had in mile 8. That fall broke 2 of my 3 water bottles and I lost all the liquid in both bottles. Once I got to the end of mile 13, I had to quit and walk back to Disneyland (4 extra miles) because of lack of hydration. I want to conquer that route this time around. But, the hills I’m planning on running for this cycle should help me. 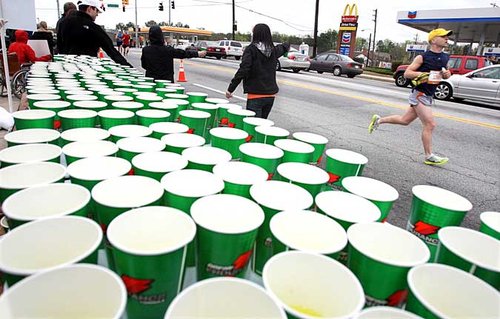 One thing that doomed my Avengers Half Marathon was improper fueling during the race. I got the same twinge in my lower calf for my 11 mile and 13 mile long runs. I’ve had the same twinge before. As a matter of fact, the first time I experienced this twinge was on my first attempt at 20 miles. As I’ve researched what could cause this twinge, I’ve learned that over training and a lack of salt could be the reasons. The last time I had this kind of a twinge in a race was the 2014 Surf City USA Half Marathon. In that race, I ended up getting some pretzels in mile 13. By the time I got to the 13 mile marker, I decided to try running out the final 0.1 miles and did so successfully! So, I have every reason to believe that this problem in me could be solved by adding pretzels to my fueling strategy. As I go through my long runs, I’m going to experiment with using pretzels and maybe potato chips to see if it helps. I cannot get this same twinge in mile 9 or 10 of the marathon and expect to finish. It’s one thing to walk the final 4 miles of a half marathon. It’s another to walk 16 to 17 miles of a marathon.

So, in addition to building consistency, running hills, adding pretzels or potato chips to my fueling, I need to solve one other problem that’s plagued my previous two full marathons…blisters. In the 2015 Los Angeles Marathon, I had blisters pop on both feet in successive steps right at the 23 mile marker. At the 2015 Chicago Marathon, it happened in the 22nd mile. Any hopes of setting a new marathon PR at the 2017 Los Angeles Marathon hinge on my ability to stay blister free through the whole race. When I got to the 25 mile marker at the 2014 WDW Marathon, I remember thinking about how great it felt to not have my feet killing me. That was the race I set my marathon PR (also my very first full marathon). I want to be at that place again at the 25 mile marker of the 2017 Los Angeles Marathon. 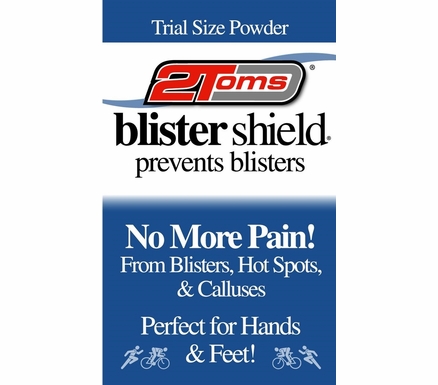 When I talked with Jeff Galloway about this problem during the 2016 Disneyland Half Marathon Expo, he recommended 2 Toms blister shield. He also mentioned how important it is for me to have completed a 26 mile run in training. While I don’t have this yet to use on my 13 mile run, I will try to get it by my 15 mile run in a few weeks to test out.

Last week, I spent a lot of time thinking about my goals for this training cycle and for the marathon itself. I’ve decided that merely saying I want to set a marathon PR is not a good enough goal. After all, good goals are measurable. So, I’m setting the goal of running the 2017 Los Angeles Marathon in 6:15:00 or quicker. This will be my “A Goal” for the race and what I’m training towards. I used the McMillan Running Calculator to set my goals. Here’s what a marathon finished in 6:15:00 looks like… 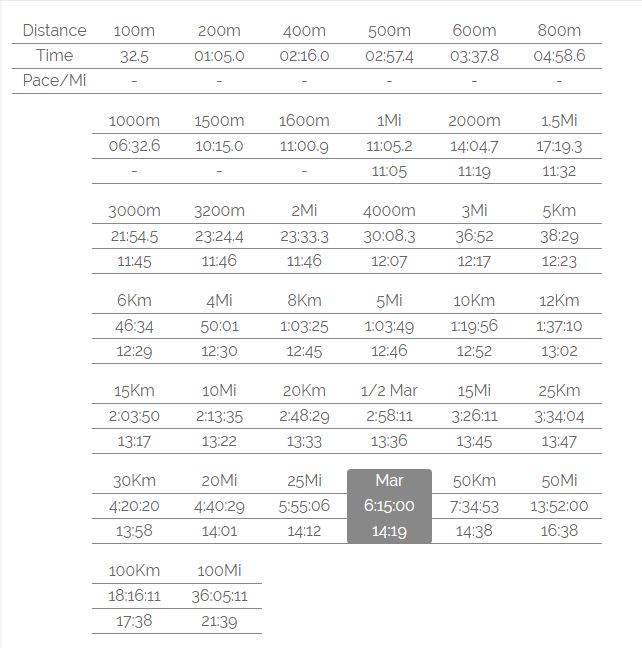 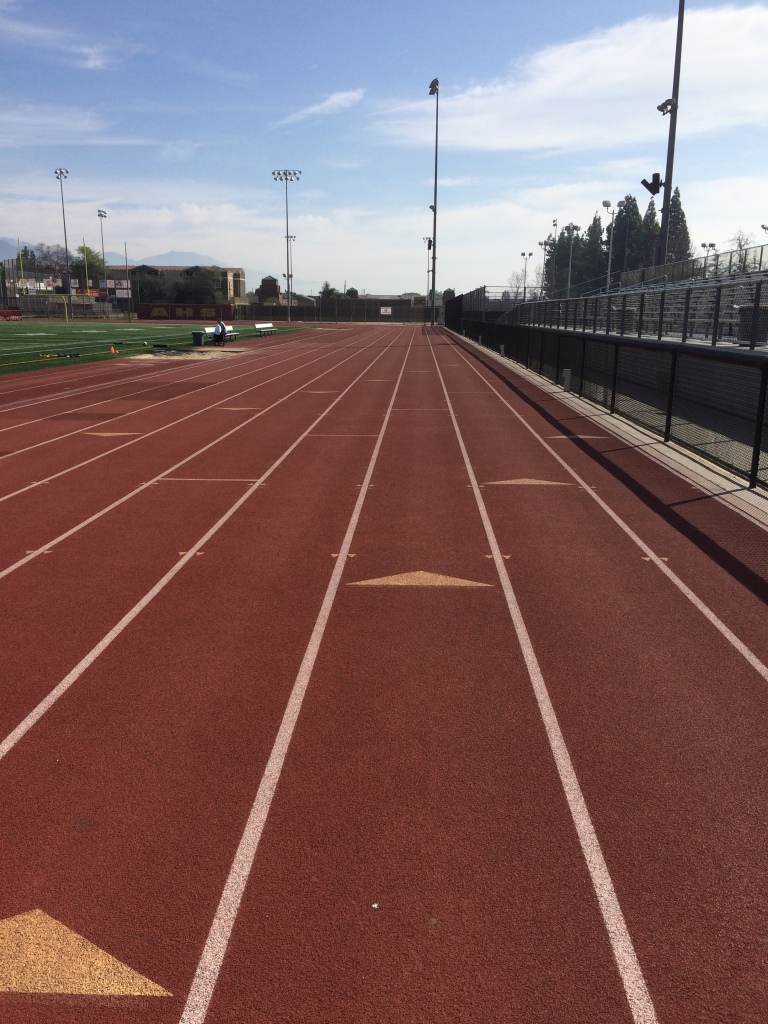 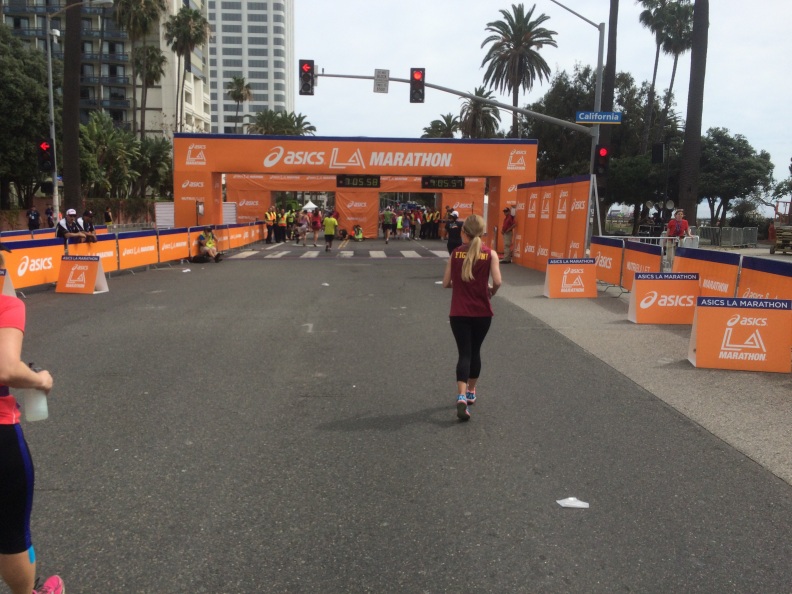 It is my hope that, if I put all this together, I’ll get to the finish line at the 2017 Sketchers Performance Los Angeles Marathon with a shiny new marathon PR!