What a difference a week can make! Last week, I was a little bummed by my 6 mile long run to end the week. Well, this week, I’ve seen some signs of progress! So, let’s look back at week 4 of my Avengers Half Marathon Training… 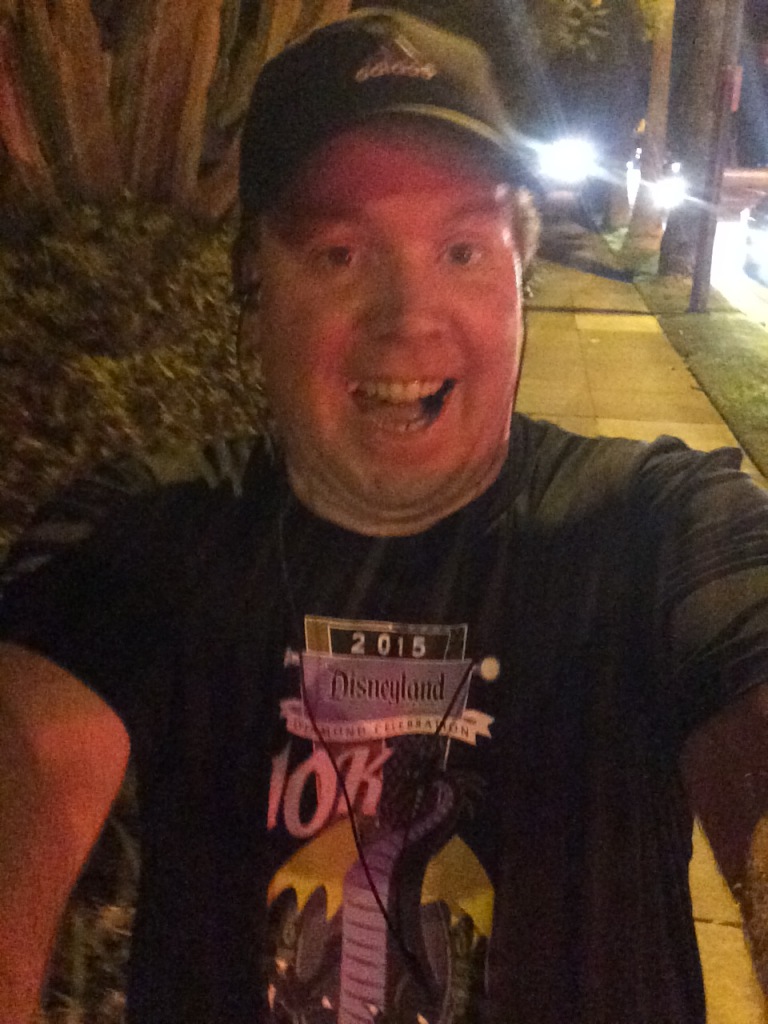 So, on Tuesday, I got for the usual 30/90 run/walk intervals in mile 1 and 30/60 in miles 2-4. I was tired heading out for the run. So much so, that I had decided in mile 1 that I would go back to the 90 second walk breaks in mile 4. After a sub-par 6 mile run the Sunday before, my head just wasn’t in this run. I tried. But, for mile 1, I wasn’t feeling it. All things considered, I was alright with finishing mile 1 in 12:26. This was pretty off from my previous few 4 mile runs. So, I knew from the end of mile 1 that this would not be a record setting day.

In spite of the slowness, I decided to make the switch to 30/60 run/walk intervals anyways. Mile 2 almost always feels better than mile 1. Tuesday was one of those days. I was huffing and puffing. But, I was running a pretty good speed.

The answer was no. I ended up adding 30 seconds to my overage…finishing mile 4 at 48:58. It wasn’t my slowest 4 miles in this training cycle. But it did bum me out because it was slower than the last time I ran 4 miles.

I stopped the clock at 4.02. So, that pushed the time over 49 minutes. One thing that was comforting was knowing I was faster than Sunday over 4 miles! 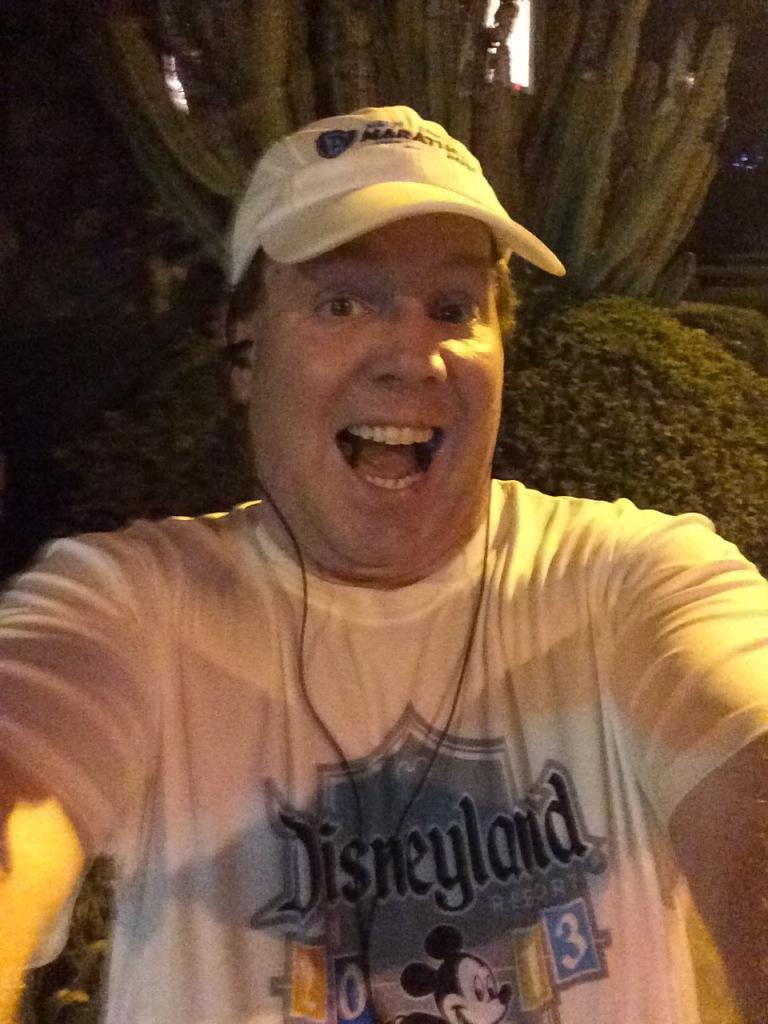 Wednesday, I got out for another 4 miles. Like Tuesday, I felt tired heading out. My plan for this run was to let mile 1 determine how the last 3 would go. If I was completely wasted and slow at the end of mile 1, I’d keep the 90 second walk breaks and finish the miles. This run should have been slower than Tuesday. However, a funny thing happened instead….

By the half mile point, I felt like and could see that this run was much better. My time was faster and I finished the first half mile under 6 minutes! Whenever I come to a red light, I’ll pause the run. The Nike Plus app does this automatically. I’ve kept doing it with my Garmin watch because it gives me good way to compare runs with each other. When I pause the run, I see my average pace at the moment I stop. This was the first time, in the first mile of this route, where I stopped and saw times under 12 minutes per mile for a half mile! I went on to finish mile 1 in 12 minutes, 12 seconds.

As I started mile 2, I felt stronger and was so curious as to how switching to a 60 second walk break would effect my time. I haven’t taken the time to look at it closely. But, this might have been my fastest mile as a running daddy. I finished mile 2 in 11:22! So, I went from being 12 seconds over the 12 minute per mile pace to 26 seconds UNDER that pace in 1 mile! Since I knew that mile 4 would be rough, I kept pushing in mile 3. I could fee the tiredness trying to overtake my run. I thought about slowing down a little. But, I knew I’d be giving up some time in mile 4. Push on! I’m glad I did. I finished mile 3 in 11:46. That was slower than mile 2, but it had me 40 seconds UNDER the 12 minute per mile pace!

I worked hard in mile 4 to keep myself under the 12 minute per mile pace. I really wanted this to be the run where I finally finished UNDER 48 minutes for a 4 mile run. Guess what??? 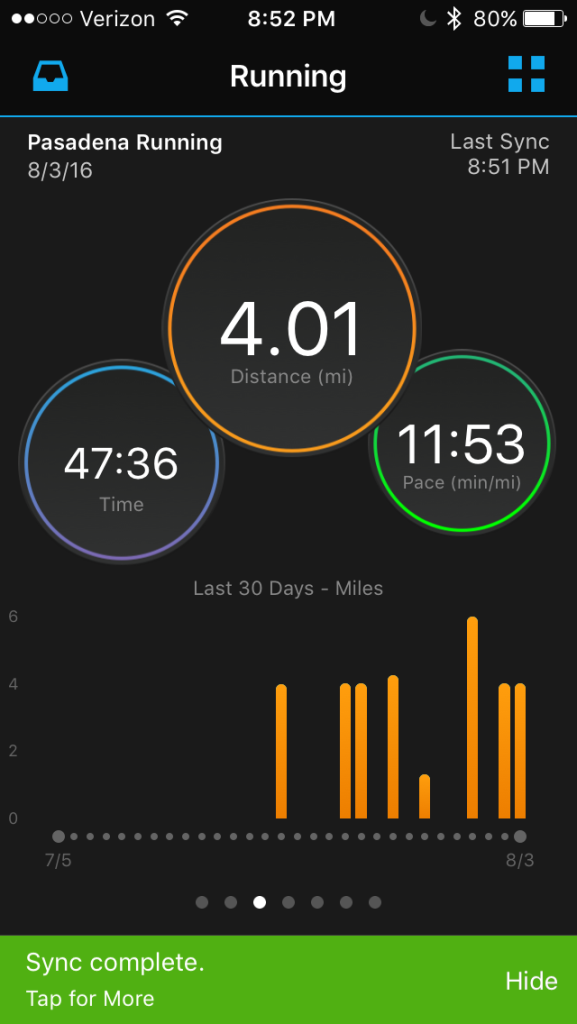 I did! When I got into the last quarter-mile still under the 12 minute per mile pace, I had to go for it. That was all the motivation I needed to keep pushing. I wanted this really bad and had worked too hard for 3.75 miles to give up. The lesson learned…Keep Pushing Hard for Your Goals. You’ll Eventually Get There!

Buoyed by the confidence of my first sub 48 minute 4 mile run in a while, I took to the track for my first track workout of this cycle. I’ve got to admit. I was nervous about this one. Track workouts are still very new to me. Putting your time up against the clock is intimidating. I mean, this run wasn’t about average pace. It was about hitting a certain time each 400 meters. The goal I’ve set for the 400’s on my schedule is 2:35. I’ve gone over how I came to that goal before. So, I’ve got this time goal for each 400. The question I had going in was how many of these 400’s I needed to hit in that time goal. I mean, it is only 2nd track workout since high school. So, I’ve got to give myself a chance to miss some of these. Right? What I had a hard time with is the justification of missing on any of these 4. The reason is pretty simple. I won’t just do 4 x 400 again on the track this training cycle. The number of 400’s will only go up from here. So, missing even one might prove to be problematic. In spite of this, I decided I needed to make my time goal at least 2 times. How did I do? 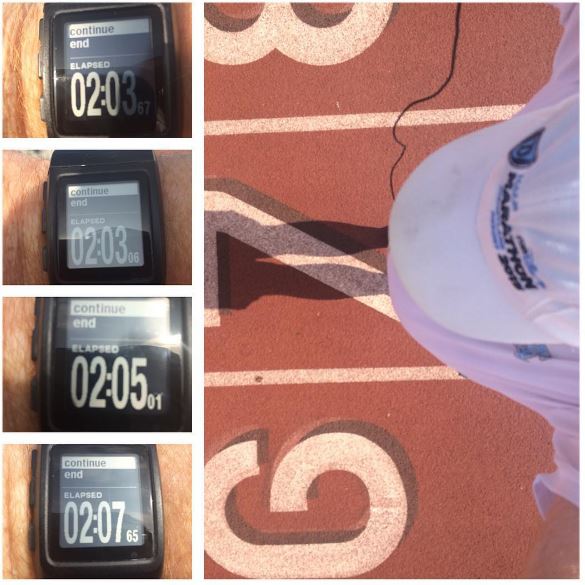 I beat the goal on ALL 4 laps! Call me surprised! Once I made the goal in the 2nd 400, I relaxed about it a bit because I had already hit my minimum. Anything else would be gravy. Even though I exceeded my goal on all 4 laps, each one was more challenging than the one before it. It’s totally different from running 4 x 400’s on a treadmill.

As you can see, I was happy with how this first track workout went. I’m still working on having confidence with the track workouts. They are still really new to me. So, it will be really important for me to get out and get that 6 x 400 workout in two weeks.

By the way…how many of you are watching the Olympics? I’ve been watching as much as I can. Life as an adult and dad limit my viewing. However, I’ve been able to watch some swimming, men’s water polo, women’s rugby, men’s and women’s basketball, women’s gymnastics, and the men’s cycling road race. These athletes are the bomb! I’ve enjoyed every single minute I’ve been able to watch! The men’s cycling road race had me glued to the television. The course was picturesque and was a difficult coarse to complete. Hard climbs, crazy descents with hairpin turns,  cobblestone roads, and some epic views of the Atlantic Ocean and Rio’s beaches. The race wasn’t decided until the the final mile. Loved it!

One thing that has struck me about watching the Olympics Opening Ceremony is just how cool it is for these athletes to be at the games. Many of the people we saw march into the stadium will never win a medal. However, they are so proud to be there representing their country. So cool! 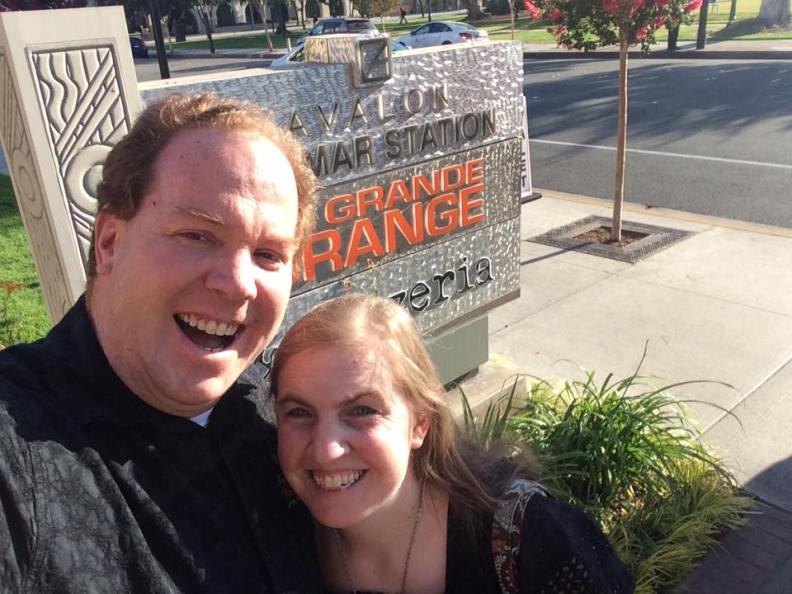 Lastly, on Sunday, Brooke and I went out to Le Grand Orange in Pasadena to celebrate our 7th wedding anniversary…and we got to do so without our little guy. He stayed with grandma and grandpa while we went out. Since our actual anniversary is TODAY, we decided to celebrate one day early. It’s always hard to work in celebrations that happen during the work week.

So, yea…7 years ago today, Brooke and I got married! We’ve been through a lot these last 7 years. However, I wouldn’t change a thing. As we enter year 8, I still can’t help but wonder how I got so lucky. Brooke is an amazing wife…and now a mom! Married life rocks! Bring on Year 8!

One Reply to “Making Progress in Week 4 of Avengers Half Marathon Training!”