This week, I’ve been seeing all sorts of videos popping up on YouTube from Shanghai Disneyland. The official opening day isn’t until June 12th. However, they’ve had a soft opening to give the Disney Cast Members an opportunity to learn what it’s like to work with actual guests in the park. Check out some of these videos I’ve been able to watch!

This video is an hour and a half long and so worth the watch! There’s the full new Soarin’ movie, Pirates of Caribbean ride, Voyage to the Crystal Grotto, Winnie the Pooh Hunny Pot Spin, Frozen show, Peter Pan’s Flight, Once Upon a Time castle walkthrough, and Alice in Wonderland Maze. I believe that Voyage to the Crystal Grotto is the boat ride that goes through the castle. Let me tell you right now…the Shanghai Disneyland castle is be biggest and baddest castle at any Disney theme park. Not only do you get the attractions in this video, but you get some walk around footage as well to give you an idea of what it would be like to walk around the newest Disney theme park. Seriously cool!

Up next? A few seconds of the Enchanted Storybook Castle Show. Even though it’s merely 41 seconds of the show, I thought it would be cool to include it here to give you a great view of the Shanghai Disneyland Castle. Pretty spectacular! Am I right?

This video is entirely in Chinese. So, the audio may not mean much to any of you reading this. However, I liked this video because it gives some great atmosphere images. Included are some stunning overhead shots of the park. Also, at around 3 minutes, you can see some of the parade! At around the 8 minute mark, you even get to see some of the queue for the Tron ride.

Okay, it’s time for a few ride videos. Our first ride video is of Peter Pan’s Flight. While this attraction isn’t earth shattering, it looks like an upgrade from the versions here in the United States.

Next up is The Many Adventures of Winnie the Pooh. I believe this ride is also found at Tokyo Disneyland and Walt Disney Studios Paris. Although, this version is entirely in Chinese. The ride vehicle system is pretty cool for this attraction. Enjoy.

Lastly, we’ll leave off this sneak peek virtual Disney trip to Shanghai Disneyland by taking on the Tron Light Cycle roller coaster. Y’all, after watching this video, you’ll be wanting Disney to bring this attraction to the USA. While Tron Legacy was a film with some serious flaws, the look and feel of the film was very cool. This roller coaster has all the cool elements to Tron Legacy without any of the flaws in storytelling. I’m a huge fan of Tron. So, I absolutely love it!

After Shanghai Disneyland opens, I’ll have to take a closer look at the park. For now, I hope this wets your appetite. Since I don’t have the elusive money tree, I can’t make it out to Shanghai. These videos give me a pretty good taste of what it would be like if I could visit. I’ve heard that this Disney park would be very Chinese. From the looks of it, Disney knocked it out of the park! Have a great weekend everyone! 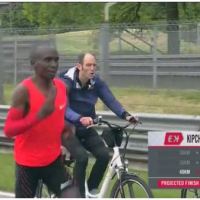 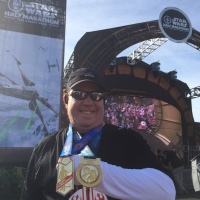 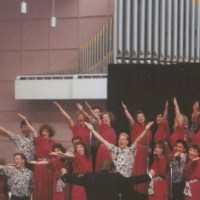 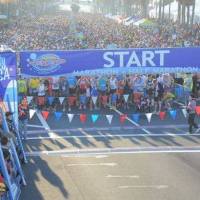 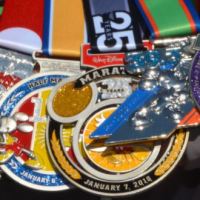