So, today, Star Wars Episode VII: The Force Awakens finally opens in theatres! I’m sure that there are some readers out there who have already seen the movie. After all, there are screenings beginning yesterday evening and running all night long. Not to mention those of you who live in other countries where December 18th starts before it does here in LA. In honor of this day, I thought it would be fun to look at one of the new offerings at Disneyland related to Star Wars.

Starting the day after the Avengers Super Heroes Half Marathon, Disneyland launched Star Wars Season of the Force in Tomorrowland. 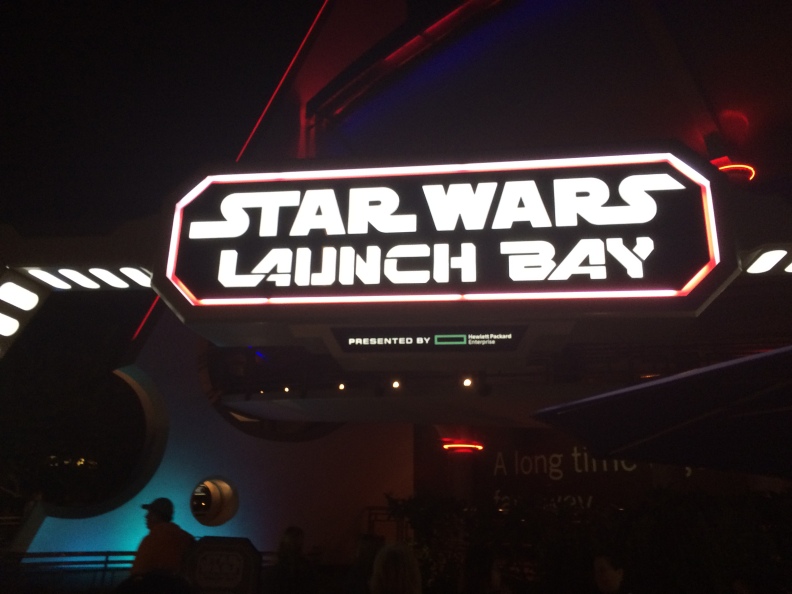 As part of that, the Imagineers have transformed the bottom floor of the formerly Innoventions to Star Wars Launch Bay. On Candlelight Weekend, I had the opportunity to venture inside to see what was happening.

The outside sets everything up… 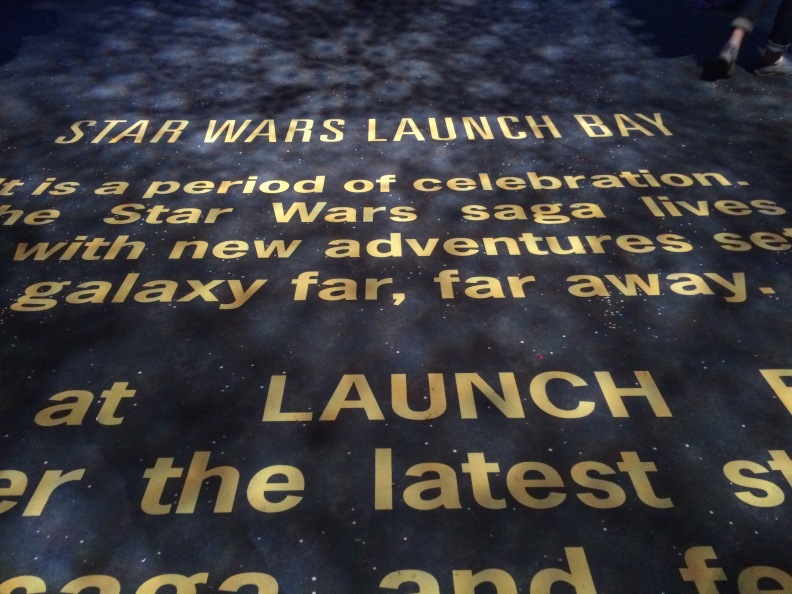 Inside, there are lots of cool displays. All of the movies are represented. 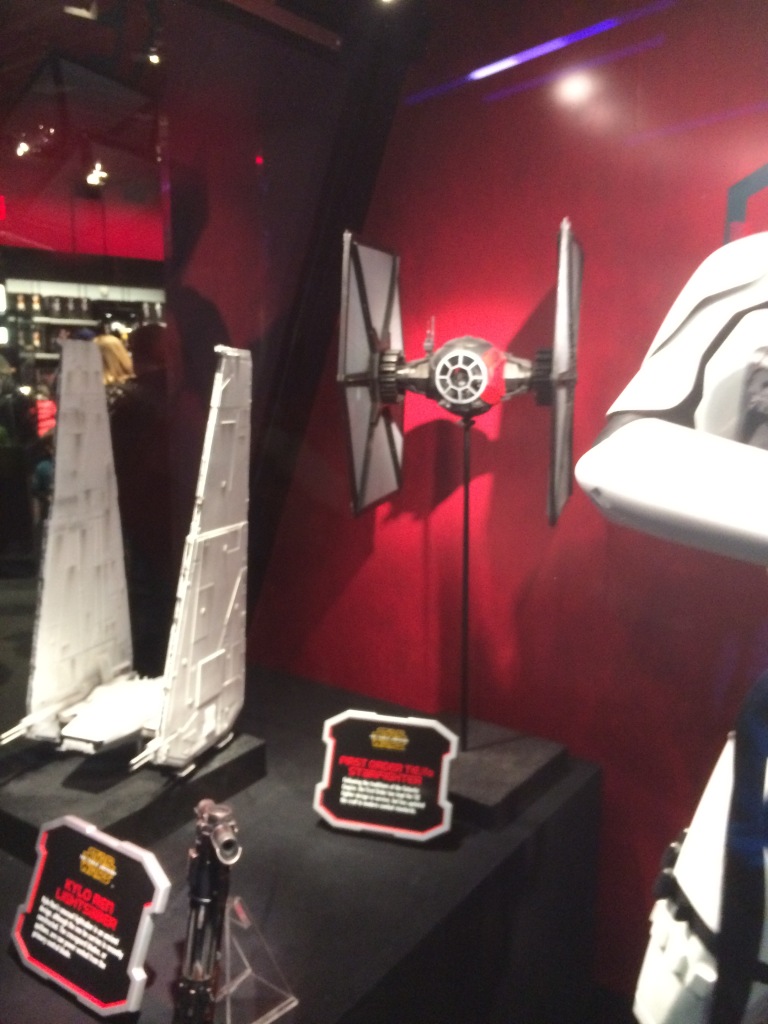 Love some of the new ships!

These ships are from the pre-quells. 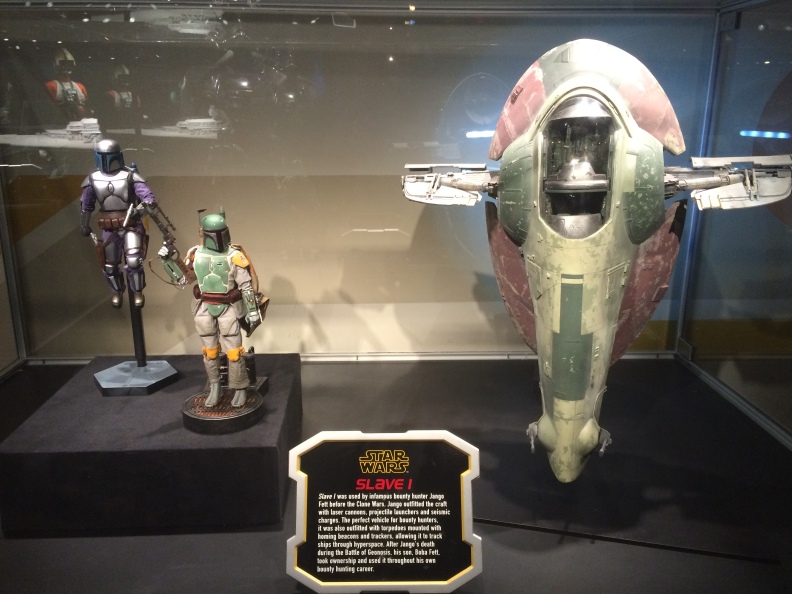 Slave I! Since both Boba Fett and Jango Fett used this ship, they had to be included in the display. 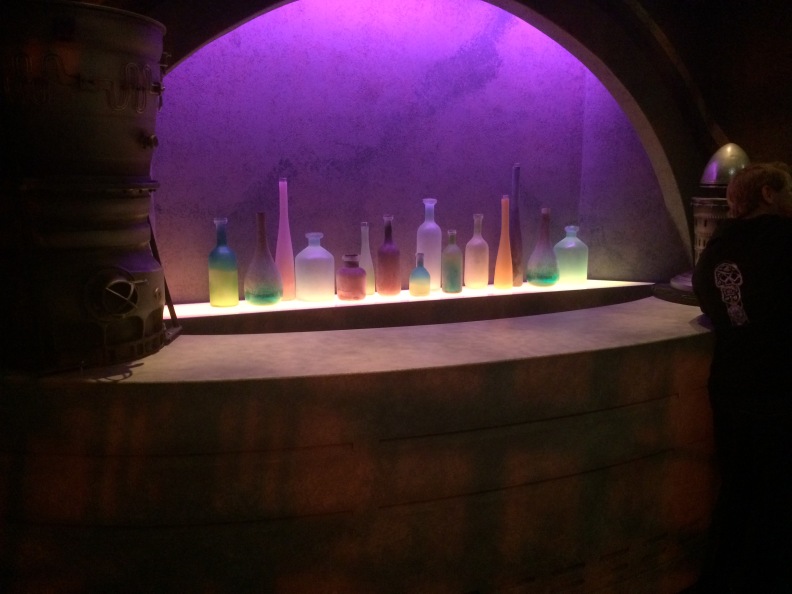 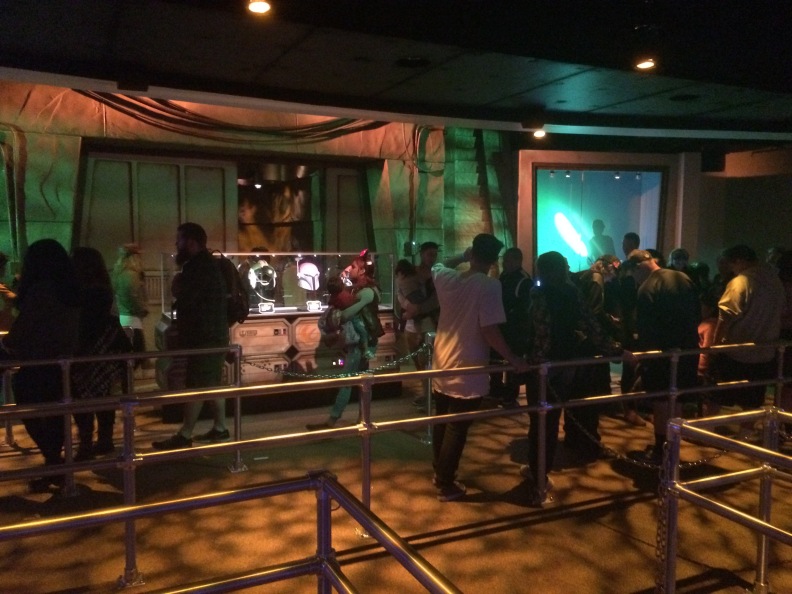 There are two meet and greet areas. This one is for Chewbacca. The other is for Darth Vader. I didn’t have time to wait in line when I went. 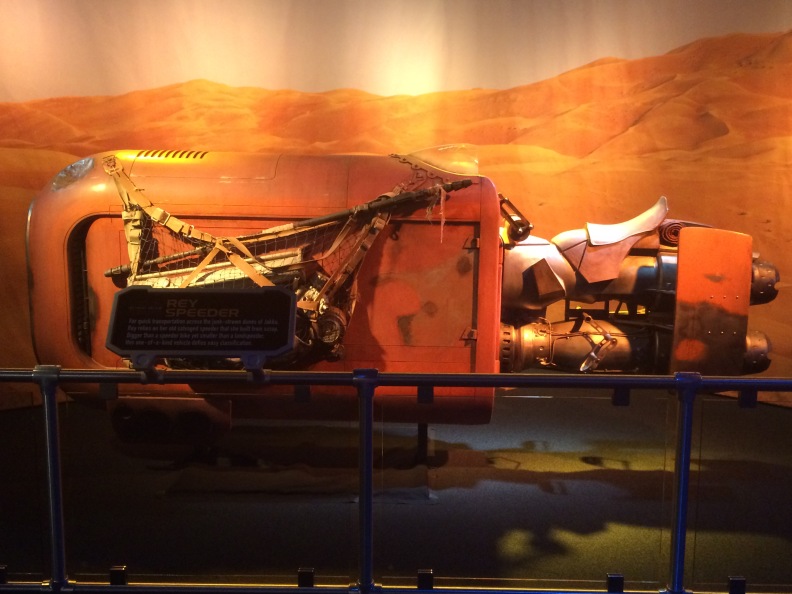 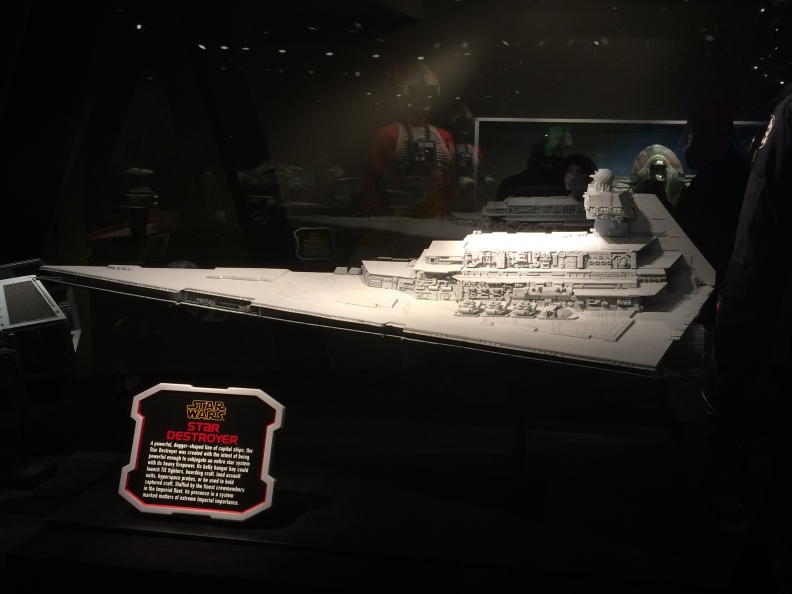 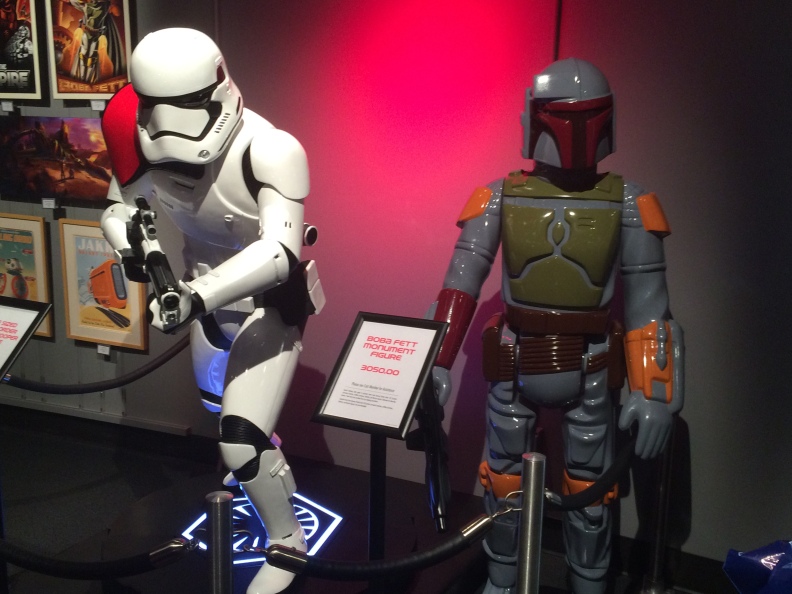 Of course, Disney wants you to buy stuff. So, there’s lots of cool Star Wars stuff to purchase.

Do you want your own Yoda? 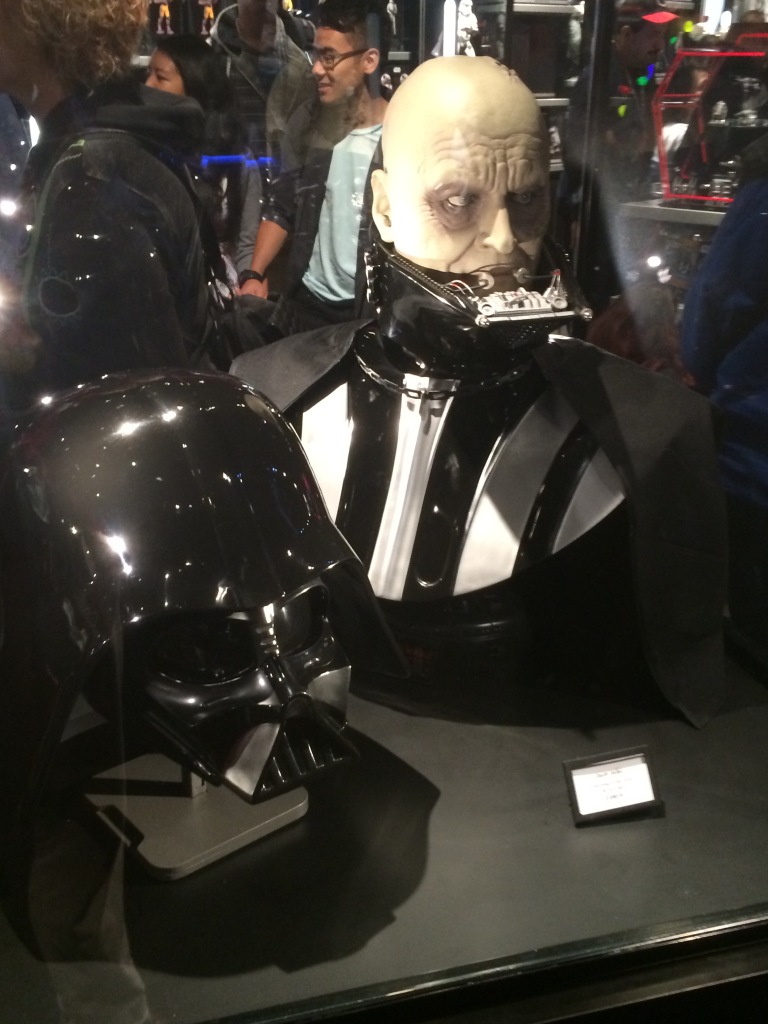 If I win the lottery, I might be tempted to buy this.

Do you want a Kylo Ren light saber? Launch Bay has you covered.

Love all the figurines!

For those that want to know where the design for the Star Wars Half Marathon finishers medal came from. Here you go. It’s from Star Wars Episode IV: A New Hope.

I love the new Tie-Fighters for Episode VII! 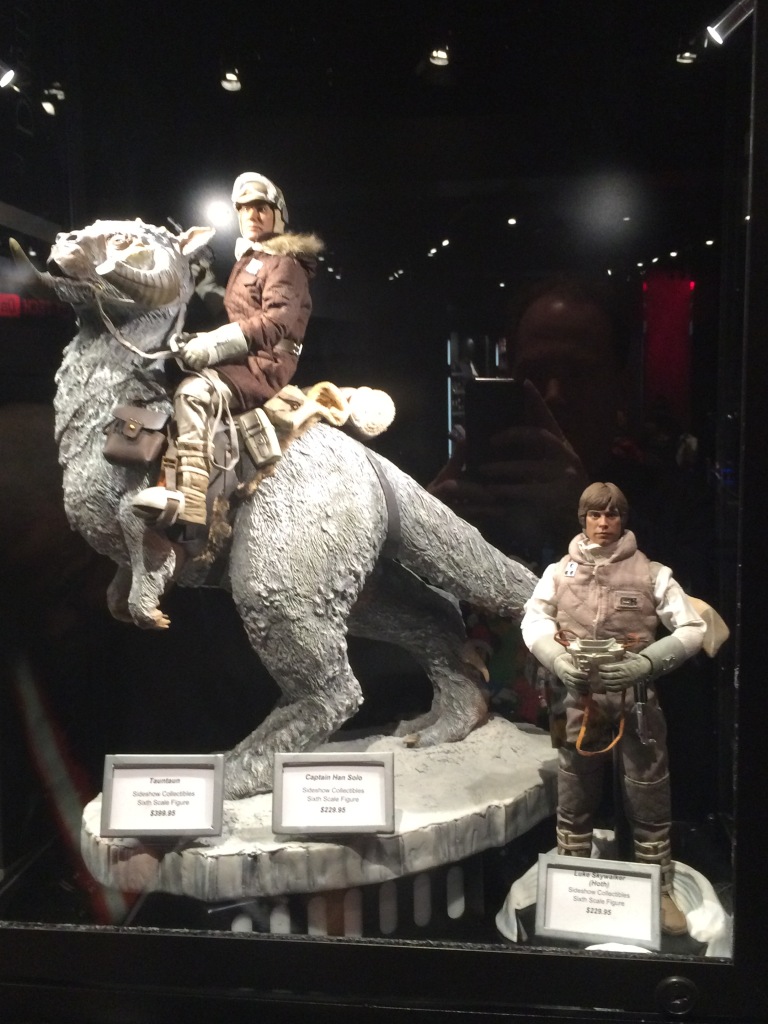 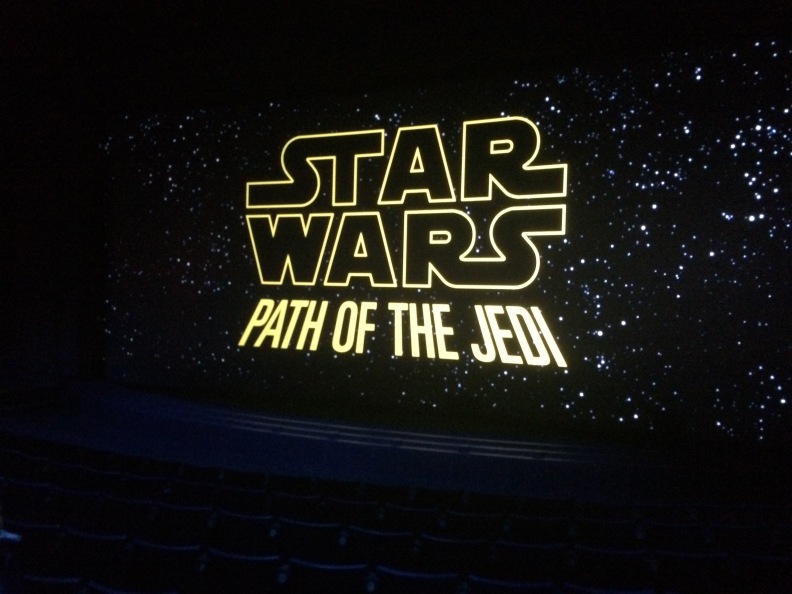 So much cool stuff at the Star Wars Launch Bay. If that wasn’t enough, head over to the formerly Captain EO Theatre for Star Wars Path of the Jedi to get you all psyched for the new film. By the way, I’ve posted this before, but if you didn’t have time to go through all the films again leading up to seeing Star Wars Episode VII, watch this film and it will have you all set.