There’s not tons to report this week. It was the last hard week of training before I enter the taper  for the Bank of America Chicago Marathon. 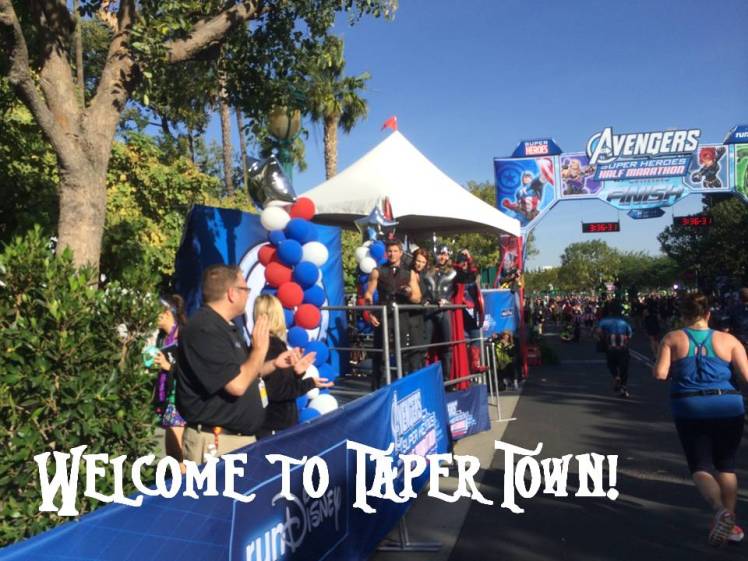 Wednesday was my only mid-week run this week.

The warm weather has continued out here in So Cal. So, I knew that my run on Wednesday was going to be a little slower than the week before. This run was slow from the start. When the temps are in the low 80’s at 7pm, it’s sort of predictable. I finished the first mile just over 12 minutes. That was more than 30 seconds slower than the Thursday before. Some days, you just take the run for what it is. I did switch up the walk interval to 60 seconds for most of the last 3 miles of the run. When I do that, I make up time. This run was no exception to that. However, the last mile was a hard one. Since I wasn’t on a record-breaking performance, I has a couple of 90 second walk breaks in the last mile. My average pace for the first 4 miles was a little quicker than I ended up with. You see, I paused the workout once I made it 4 miles. I thought I had stopped the workout, but didn’t. So, it continued with me walking, not knowing. Oops. That’s okay, though. I needed 4 miles and I got them.

I had intended to run on Saturday morning. The plan was for 23 miles. However, the Sunday before, when I failed in attempt at 23 miles, I realized that my LA Marathon Playlist (with a few alterations) has gone missing from my phone. So, on Thursday, I tried to make a new list. But, it didn’t save. I tried again on Friday with similar results. There is no way I’m making it 23 miles without my music. I know that others don’t like running with music. I’m not one of those people. I need it. So, I was up late on Friday evening to figure out how to get the playlist to save to my phone. That meant, I couldn’t be up early enough to run on Saturday. So, my 23 mile attempt came on Sunday instead. 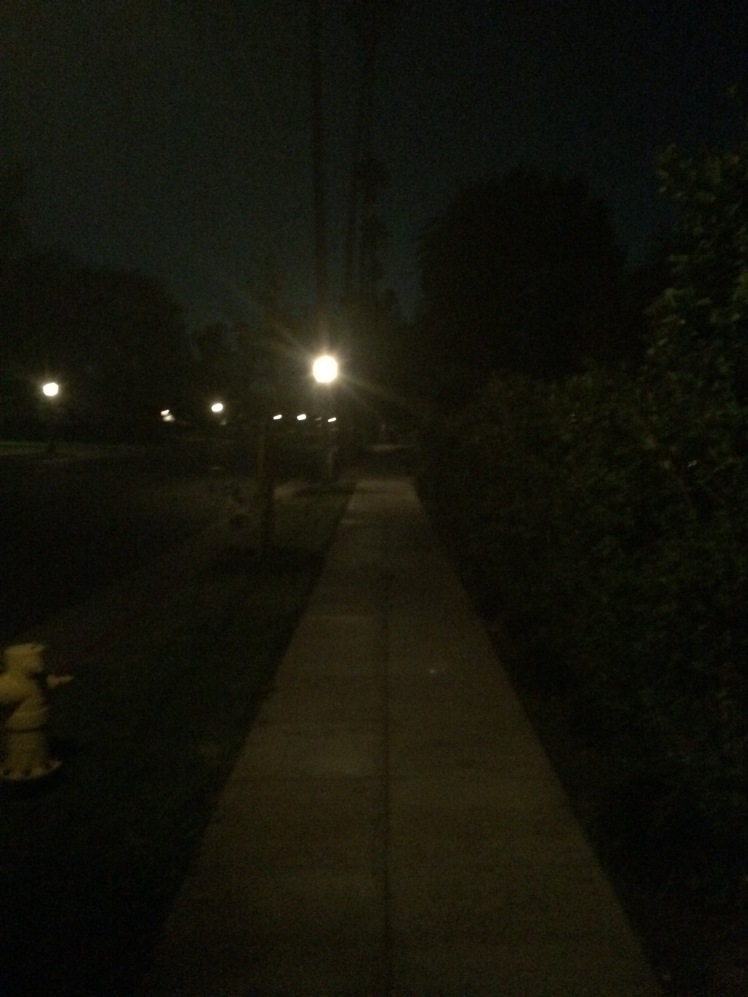 I was up at 4am and out the door shortly before 5am. In So Cal, August and September are the hottest months of the year. It seems like every weekend since August, the high temps have been in the 90’s – 100’s. The daytime high was predicted to be around 95 for Sunday (it was 97 on Saturday). The plan was go get out the door early and beat as much of the heat as I could. Additionally, the goal was to be militant about my run/walk intervals and fueling. I would run for 30 seconds, walk for 90. I would take on liquid every mile and a half until the sun came out. Then, every mile. I would take on a Cliff Shot Blok every 30 minutes. That was the plan.

Mile 1 went along just like it has every other time I’ve run this route. It was slower than I usually run on purpose. Mile 2 began with an uphill and down the hill in this picture. Rolling hills aren’t all too bad. The uphills don’t last too long and the downhills are a nice reward. Running this early is kind of cool because the streets are so empty. You’ll notice no cars on the road. For this road, that’s incredibly rare.

It’s a long winding hill that never seems to stop.

Since I knew this hill well, I made the decision to walk the entire thing. After all, the Bank of America Chicago Marathon course doesn’t look like will have any hills like this one. So, it was better to walk and save some energy for later. Even though I walked the hill, I was still trying to not loose too much time. So, it wasn’t a casual walk.

At the end of the hill, I went back into my run/walk intervals. The end of mile 3 serves as a recovery time and gets me back into the run/walk groove. One thing that always amazes me whenever I run this way is how wiped out I feel while I’m going up the hill and for the end of mile 3. Somewhere towards the start of mile 4, I start to feel better. Mile 4 is still going on an incline. However, the elevation grade is not steep at all. So, it’s very doable. At the end of mile 4, I get to run by the Tournament of Roses House. I’ve never come by it in the darkness before. Kind of cool. 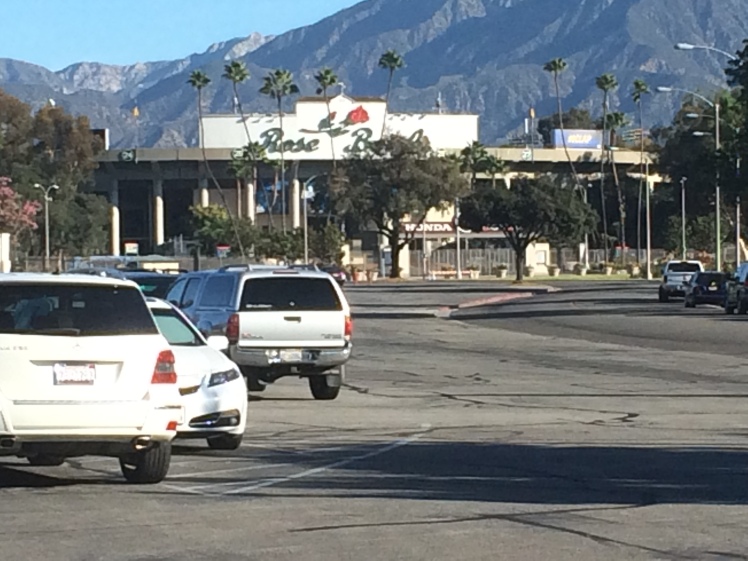 I got into the Rose Bowl Loop at the start of mile 6. I was a little slow (for me), but was happy to have made it. I’d have to run 3 laps around the Rose Bowl. It was fun to see the sun rise as I went along. The first lap wasn’t too bad. Mile 6 was a little hard. Miles 7 and 8 were easier. This is the pattern for the Rose Bowl. First mile is hard. Then, the next two are easier. As I got towards the end of the second lap, I could tell that the sun wouldn’t be too bad for the third lap. When I ran for 20 miles, the third lap had a lot of sun and not enough shade. So, I was happy that this time, I’d have much more shade to deal with! Hooray!

I finished the last lap around the Rose Bowl loop just past the end of mile 14. So, that meant I’d have this fun hill to climb at the start of mile 15. It was fun to run down it earlier. Going up, I had no desire to run at all. I walked the entire 0.5 mile climb. It is still taxing because I was in mile 15. Also, the temps were warming up. So, I was taking on more liquid to try and stay hydrated.

In mile 15, the temps were rising and there was less shade for me. The end of mile 15 was actually not as bad as I thought it would be. I surprised myself with how much I ran. Once I got to the top of the hill, I was feeling pretty tired. However, I went right back into my run/walk intervals. There is a slight uphill to get over the 210 freeway. I knew that, once I got there, I had a lot of downhill for the next few miles!

Once I turned to go down Colorado Blvd., the shade was gone completely. I was in the sun. I looked at my phone to see the temps were 79 degrees. Yikes! I knew that within an hour, it would climb to the mid 80’s. So, that kind of freaked me out. I started having trouble keeping my run intervals. There was some cramping in my left calf. So, I switched to run 15 – 20 seconds/walk 100 – 115 seconds. Either way, I wanted to keep running on the even numbers.

By the start of mile 17, I was running low on liquids. I was also taking them more often. The cramping in my left calf continued. By the start of mile 18, I was at my apartment. I had planned this route this way to give me the chance to replenish liquids if I needed them. So, it was always the plan to stop here to replenish. My problem is that I was having some cramping issues.

Once I got up into the apartment, I decided to end the run at 17.1 miles. It wasn’t what I wanted when I started. However, given the problems I was having, I thought it was a smart decision to not take a risk of injury. Am I bummed that I didn’t get all 23 miles? Yes. However, the training I’ve done will have to do. I’m out of chances. There is no way I’m attempting 23 miles again next weekend (the weekend before the marathon). So, I’m hoping that, given the heat and the hills, I’ve had to run in, it will be alright that I only hit 20 miles once. On Wednesday, I’ll say some more about this because I want some time to process it all. For now, I’m okay with where I’m at.

This has been a HUGE week for my fundraising efforts. I have now raised $1,150 for Holt International & Adoption-Link! That means, I have $350 to go! I know that some of you have made a donation. If you haven’t, please consider making a donation TODAY! I’ve got just under 2 weeks to raise those $350. Please consider helping out. I’ve said this before and I’ll say it again…Every Child Deserves a Forever Home! So, click on the link and make a donation today! 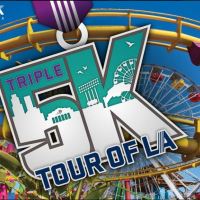