I really wanted to write up a race recap for the Disneyland Half Marathon today. However, a technology fail kept my pics from uploading to WordPress. So, Instead, I’ll talk about what happened after the Disneyland 10K instead. Sorry about that. 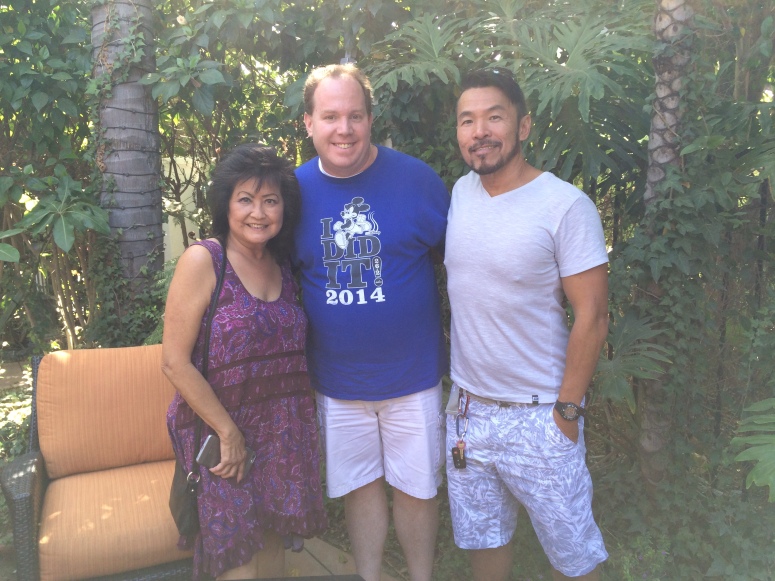 After the 10K, I headed back to the Anabella Hotel (where I stayed) for a shower, nap and some breakfast. As luck would have it, I was able to meet up with my friend Greg and his wife Debbie and their friends for breakfast! They went to the Expo on Friday and had dinner before I could make my way down to Anaheim (gotta love LA rush hour(s) traffic!). We weren’t able to meet before or after the race. As I was at the restaurant at the hotel, waiting to be seated, I got a text from Debbie and then from Greg telling me that they had reservations a few minutes later. So, I got to join them for breakfast! It was lots of fun to hear their stories from the race. Especially since Greg and several of his friends had never run any race before. Fun times!

After breakfast, I headed back to my room for a half hour nap before heading off to the We Run Social Meet Up.

So, what happens at these meet ups? A lot of socializing and selfies! 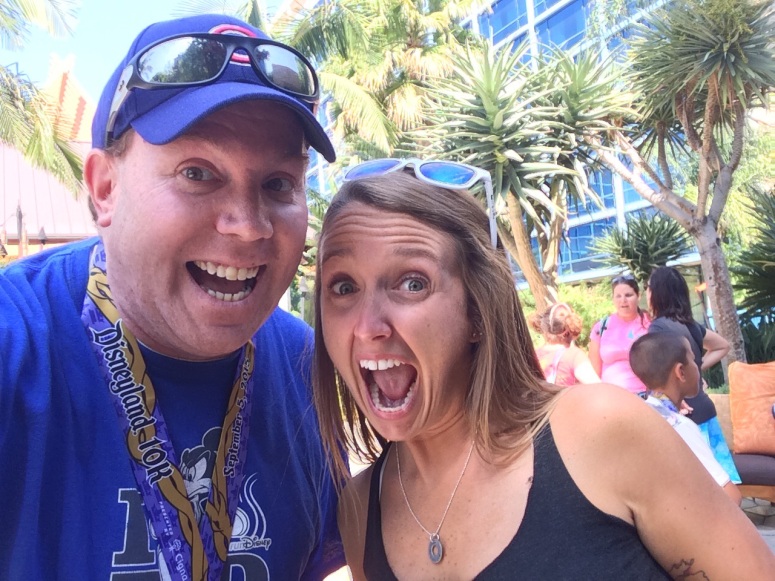 Of course, I had to grab my share of selifes. Carlee was one of the hosts for the event. She wrote a great recap of the meet up on her blog. Check it out here.

The other host was Linzie. Both of the hosts are super cool people and really fast runners. Both will also ambassadors for the 2016 Los Angeles Marathon.

One person I was hoping to chat with at this meet up is Justin who writes the blog Always Running Forward. Justin is from Chicago and has run the Chicago Marathon several times (including this year)! So, I wanted to ask him about the race to hear about the good, the bad, and just what to expect.

Justin is known for his #makinglemonadeoutta pictures. At the Wine and Dine Half Marathon, his spinner medal broke. Justin took the opportunity to have fun with the broken medal as opposed to just complain about it being busted. You can check out his recap of the Disneyland Half Marathon Weekend, here.

Another person I was excited to get to meet was Krissy. She’s quite an accomplished runner and blogger who is also quite the Disney fan. I’ve been following her blogs for several years. So, it was cool to finally get to meet her. I was also excited to meet her because she ran the Chicago Marathon last year. Of course, I took the opportunity to ask for her take on this race. I was loving all the info that I received from Chicago Marathon vets! Like everyone I was meeting, Krissy was super nice and had some great advice about the race. If you haven’t checked out Krissy’s blog, you should. Click here for her recap of the Dumbo Double Dare.

Also, in the We Run Social crew is Andrea Barber. She had never run the Disneyland Half Marathon before. So, I got to give her the heads up on what to expect.

As you can see, we had quite the turnout for this meet up. There was a give away of some Pro Compression socks. If you read Carlee’s awesome recap, you will get all the 411. 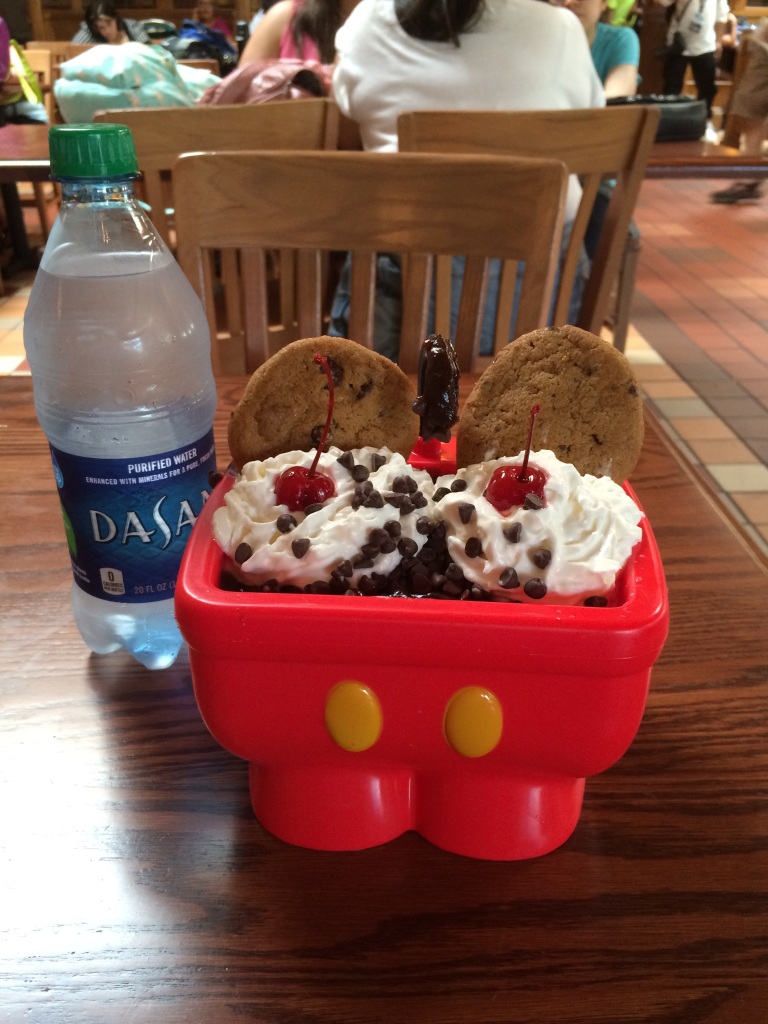 After the meet up, I headed off to Disney California Adventure for a little bit of fun in a theme park. This served as a lunch/snack. My eyes were bigger than my stomach. For those of you interested, I did not finish this. I had to dump a lot of it. However, the Mickey sink was too much for me to pass up on. With out hot it was outside, ice cream sounded and tasted amazing. It was just too much. If only my wife could have been there with me. Maybe we could have finished this.

After wandering around DCA, several rides I wanted to ride were down. So, I headed over to the Hyperion Theatre for a showing of Aladdin. Disney announced last week that they were going to be shutting this amazing show down for a Frozen show early next year. So, I’m really glad I got to see it…even if it was one last time. 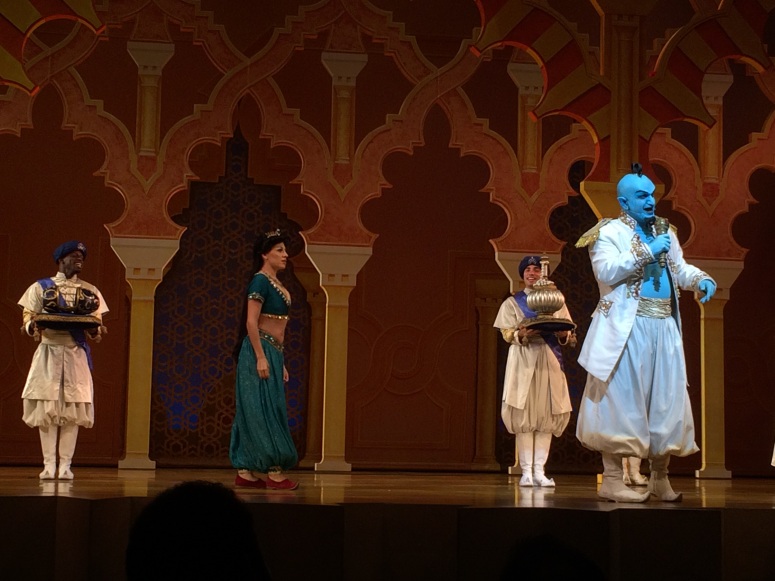 The Genie was in fine form as usual. It never ceases to amaze me how he is able to keep his jokes current. When Aladdin got turned down by Jasmine in the show, he came up to Aladdin and said, “Boy, that’s got to be deflating. You must feel like a Patriots football.” One of my favorite lines from Genie was…”I found Nemo…(licks his teeth)…quite tasty.”

These were the best seats I’ve ever had to watch the show! 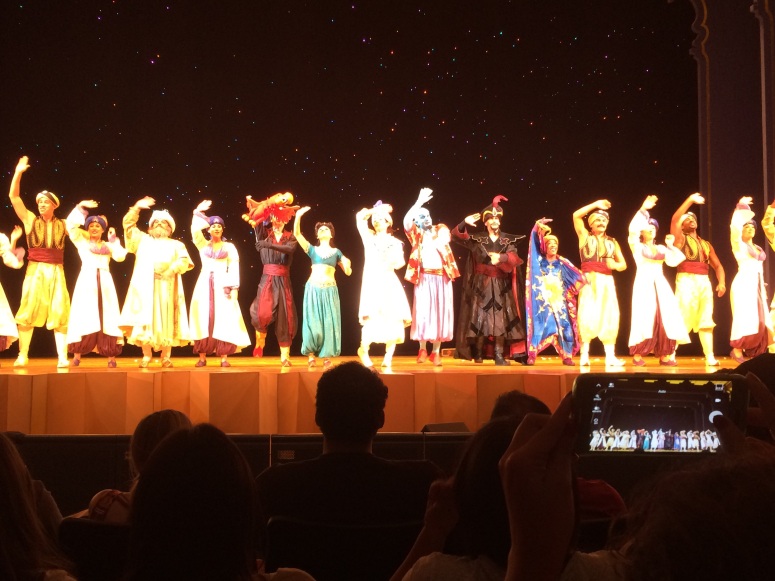 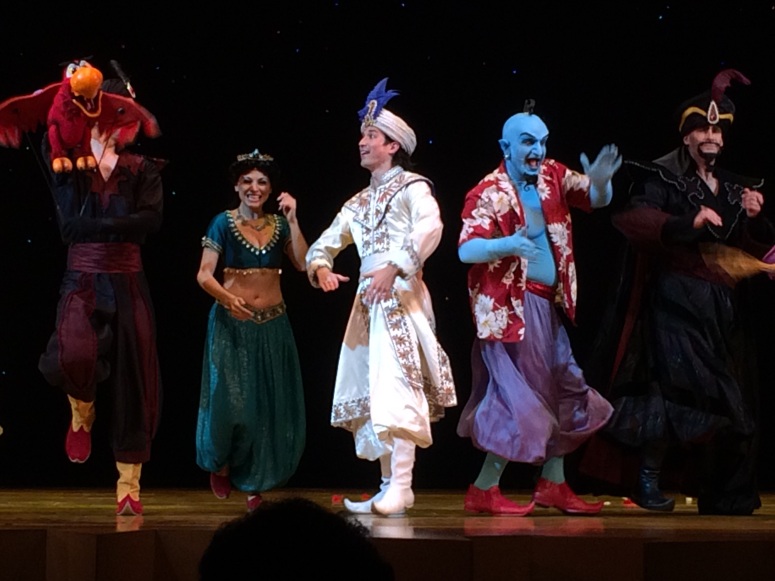 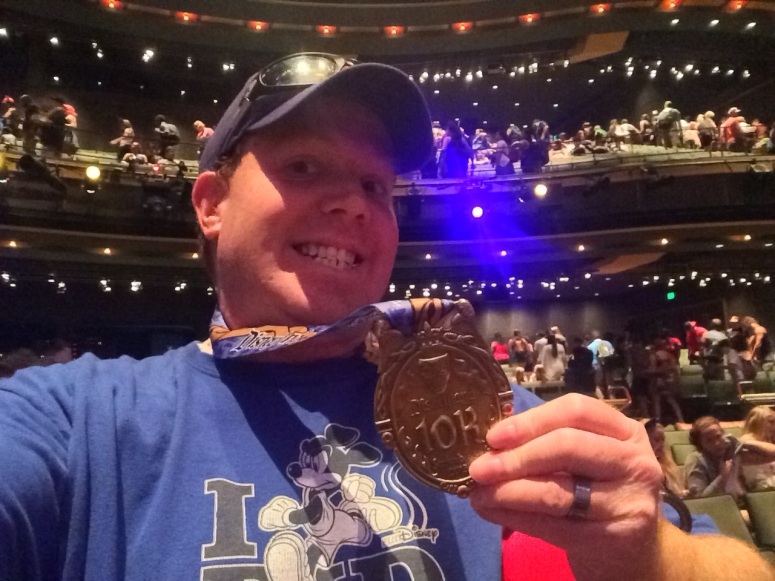 I loved the show. By the time it was over, it was time to head out of the park. I needed to head off to Big 5 Sporting Goods to get some fuel for the half marathon. Then, I was off to Target for a few miscellaneous items. After that, dinner at Subway (which turned out to be a great pre-race meal let me tell you). Then, it was off to bed for the night.

I had lots of fun on Saturday. Between setting a new 2nd fastest 10K time to the We Run Social Meet Up to the awesome seats for Aladdin, who could complain? 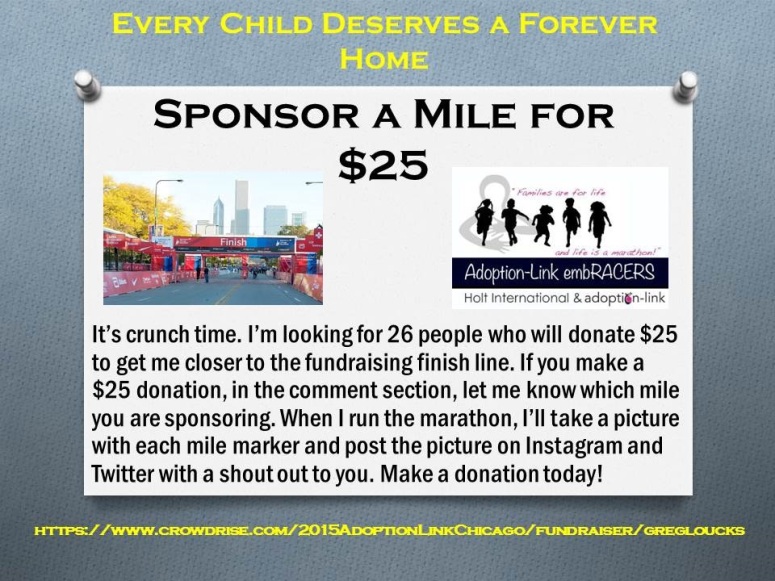 I want to close this off again by mentioning my fund raiser. I’m still looking for 26 people who would be willing to donate $25 to sponsor a mile of the Bank of America Chicago Marathon and help Adoption-Link and Holt International as they work towards a world where there no more orphans. It’s crunch time. Please consider sponsoring a mile. It’s only $25. Please consider helping me out.

Have a great weekend y’all! I’ve got 23 miles to cover on Saturday…my final long run before the marathon. Hopefully, by Tuesday, I’ll have the Disneyland Half Marathon Recap up on the blog. Sorry again for the delay.

2 thoughts on “After the Disneyland 10K”