So, today, runDisney has revealed the medals for the 2015 Disneyland Half Marathon Weekend. I don’t have much time to write. However, I wanted to let y’all see what they look like.

First, here is the full set of medals that runners will be receiving for the weekend.

I’m not gonna lie. I love the Disneyland 5K medallion! It makes me wish that I’d registered for this race. I know that these “medals” aren’t viewed by some as cool as others because they aren’t medals, but medallions. However, the medallion of the 5K races change every single year. Something to think about for future runDisney races.

Thee is a Disney Villains theme to this year’s event. The 10K medal is pretty cool. This will be the 3rd of the Disneyland 10K and it looks like the Disneyland 10K medal will be different each year as well. This is my favorite runDisney course to run. So the fact that they keep changing the medal makes me want to run this race every single year! 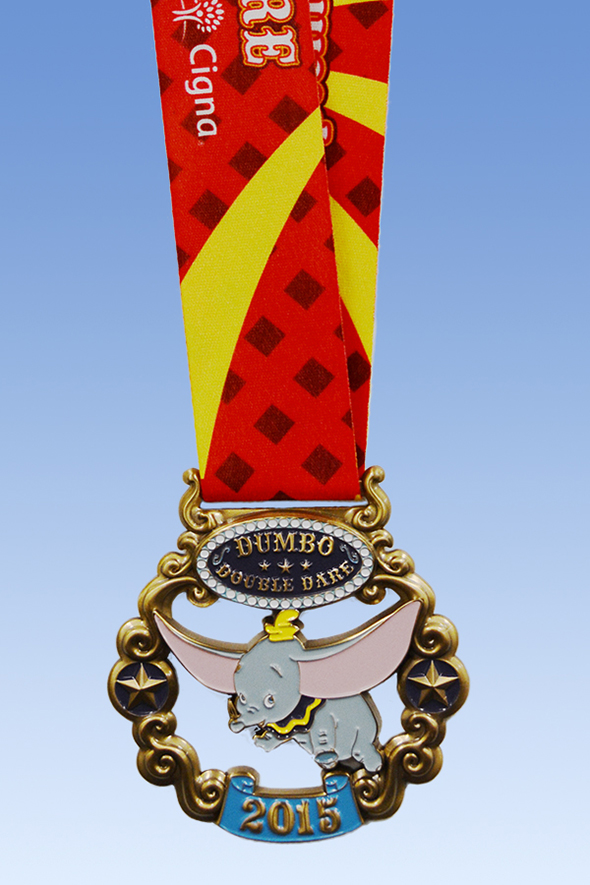 Last, but not least is the Dumbo Double Dare medal. This medal is very similar to years past…

As you can see, the colors have changed slightly. This years medal will be a darker blue (with no other colors) and there are diamonds in between the Dumbo and Double Dare in the medal. Again, they are keeping to the Disneyland’s 60th theme pretty well.

Since this post is about the 2015 Disneyland Half Marathon Weekend, I wanted to include some information for you guys who didn’t get into the race and would still like to run (especially after seeing these beautiful medals!). I’ve been contacted by Kelly Thomas from the Children’s Bureau to let me know they have around 20 spots left for the Disneyland Half Marathon and Disneyland 10K this year! Check this out!

An Awesome Community of Fundraisers!

To learn more about this charity that works towards preventing child abuse, visit their official sponsorship web page here. Or, you can send an email to Kelly (kellythomas@all4kids.org) for more information.

So, what do you think of the medals? Which one is your favorite of the bunch?

One Reply to “Disneyland Half Marathon Weekend Medals”