Sorry for the delay in getting this weekly recap up. There were some technical issues the prevented me from finishing this post on time. That being said, the training cycle for the 2015 Los Angeles Marathon has had its ups and downs. However, it’s finishing very strong! Let’s quickly look back on the week before the marathon. Shall we? 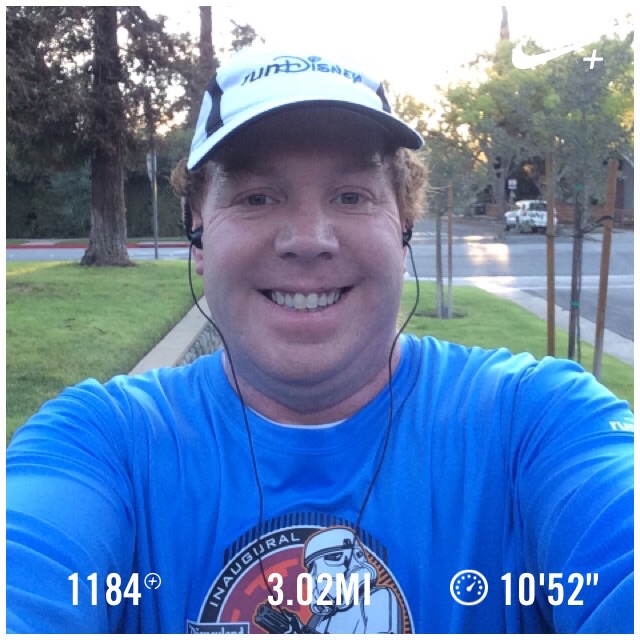 Tuesday got my week off to a fantastic start! It was another day of running in 40 degree temperatures. I must say that I’m not a big fan of running in such cold weather. I don’t know how I’d survive running in parts of the country where it snows. Considering that the week before, I was finishing my 3 mile runs in a little over 33 minutes, I was so happy to be back under the 33 minute mark! 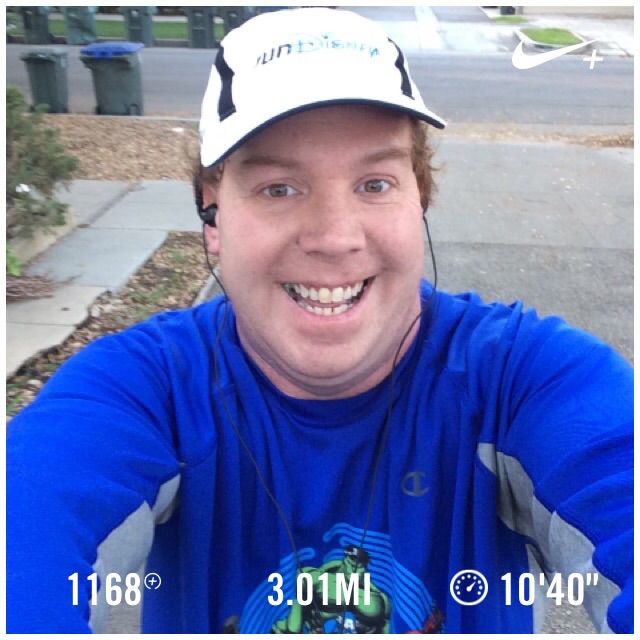 Thursday proved to be a record-setting morning. The temps were in the upper 40’s and I was ready to get out the door for another 3 miles. Right from the first mile, I knew that this was going to be a fast run! I finished the first mile quicker than on Tuesday. At the end of 2 miles, I was just over 22 minutes! It was my quickest 2 miles over this route! That meant that I had to switch to the 1 minute/1 minute run/walk intervals and see what would happen. I felt so strong and fast. Towards the end, it started looking like might just break 3 miles in 32 minutes. As I got into the last run interval, it wasn’t looking like I’d break 32 minutes. However, I hoped for 32 minutes, 30 seconds (which would have set a pre-work 3 mile record for me). You might imagine my surprise when I looked down at my watch when I heard the 3 miles announced over my Nike Plus App and saw that I was only a few seconds over 32 minutes. I was over the moon happy! What a great run! 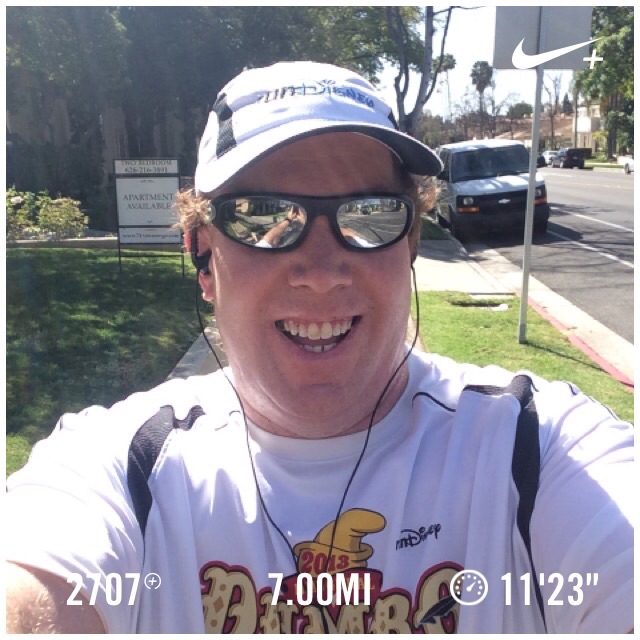 Saturday was my final weekend run before the marathon. By this point, I knew that the marathon had pretty warm temps predicted. Saturday was going to get warm as well. So, I decided to sleep a little longer and run with warmer temps to help prepare me for race day. My initial plan was to head off to the Rose Bowl to run the loop. However, when I got there I saw there was a run going on. So, that meant that I’d have to come back home. It also meant that I would be running in even warmer temps than I thought I would. Not good. By the time I got home, I decided to just see how it would go. I had pretty low expectations going into this run. With the warmer temps, I made sure to have plenty to keep me hydrated.

The first mile went by just as fast as my run from Thursday and felt amazing! The fun just kept rolling into the second mile. I crossed the end of the 2nd mile in just over 21 minutes! Score! I was running stronger than ever over this route! I kept going into the third mile. I knew I’d give up some time because there was some incline in the third mile. By the end of the mile, I was at just under 33 minutes. For a long run, this was the fastest I can remember in a while. I couldn’t help but wonder how much longer I could keep my pace under an 11 minute mile.

Well, my under 11 minutes per mile streak came to an end in the 4th mile. I finished that mile in just over 44 minutes (but under 45). This was by far my fastest time over this distance on this route! The fifth mile was a little more difficult. However, much like I did 3 weeks prior, I finished 5 miles in under 1 hour. This time, it was around 57 minutes. As I entered the 6th mile, I knew the last two were going to be a little easier. I made up some time in the 6th mile. The hard thing for me in this mile was determining whether to switch up my run/walk intervals on this mile. I did switch it up to the 1 minute run/1 minute walk for the last half mile. That worked well.

By mile 7, I was wondering whether to switch back to the 30 second run/1 minute walk or keep the 1 minute/1 minutes going. That might have cost me  a little time. That didn’t matter. I finished this 7 mile run almost 2 minutes faster than I finished the 7 miles from 3 weeks ago! This is how you finish up a training cycle!

After running Saturday, Brooke and I were off to the high desert to celebrate my dad’s 75th birthday! We went to a restaurant that I haven’t been to since living in Nashville…Steak n Shake. We had a wonderful time celebrating my dad!

Later in the day, my alma mater, Belmont University, won the Ohio Valley Conference Men’s Basketball Conference Tournament to earn its 7th NCAA Tournament bid in 10 years! We did so by upsetting the number 25 ranked team in the country! Congrats to the Belmont Bruins! Hopefully, we will get to experience our first NCAA Tournament win this year!

Sunday was a super busy day. Brooke and I watched our church service online because there was so much to do. After the service, I was off to the gym to get in my last workout before the Los Angeles Marathon. It was as good as could be expected from a taper time gym workout. You know, it’s much easier to complete these workouts because I’m missing a couple of parts! At the end of the workout, I felt pretty good!

After I got back from the gym, there was time to get cleaned up and then Brooke and I headed out the door. Our friends Josh and Wendy are expecting a little one pretty soon. So, it was baby shower time. Brooke went to the shower. Josh and I headed off to the best way to kill time while your wife is at a baby shower ever….a trip to the Disneyland Resort! We knew that we’d only be at the park for a few hours. So, I picked Disney California Adventure. That way, we could ride the Radiator Springs Racers! So much fun! 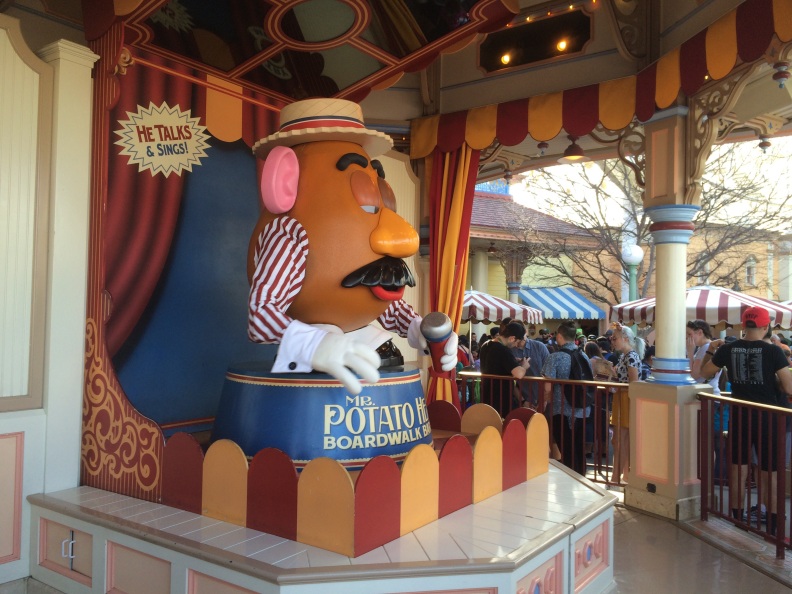 We also had time to hit up Toy Story Mania! 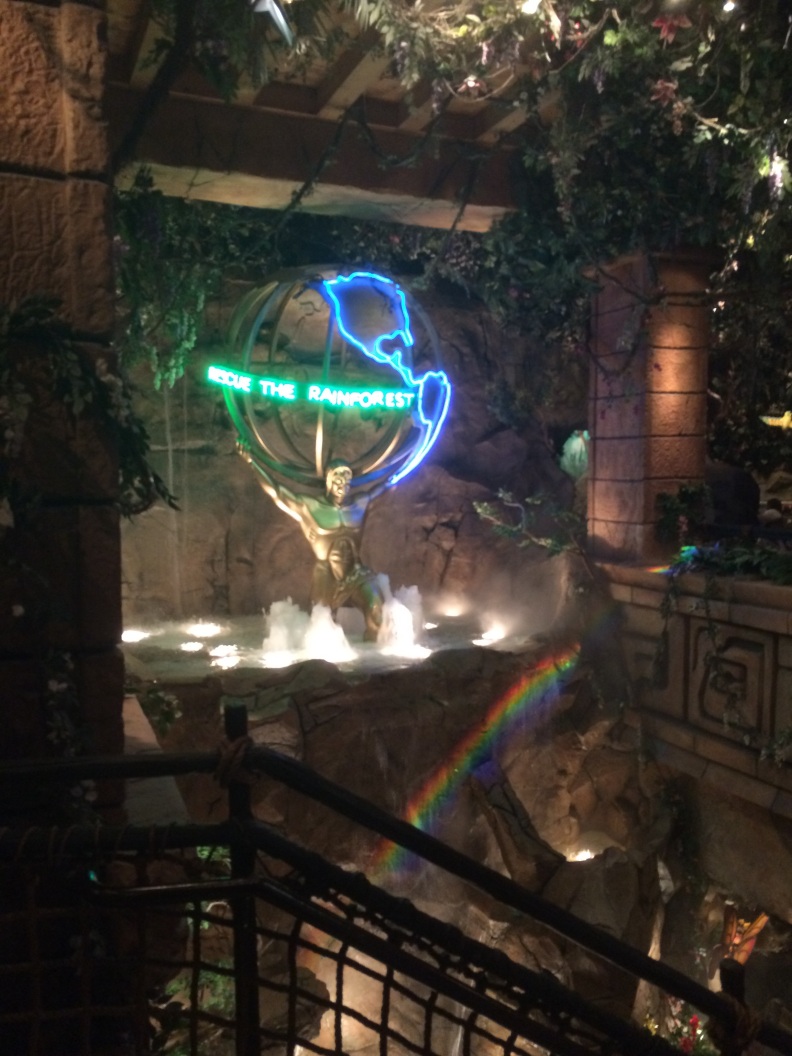 After Toy Story Mania, we got the text from our wives that the shower was over and they were going to meet us at Downtown Disney for dinner at the Rainforest Cafe.

Thus, the last full week of being in taper mode came to an end. I am now in the midst of Los Angeles Marathon Week! This is the week I’ve been waiting for an entire year to come around! As I enter this week, all signs look really good. The weather forecast for the race is on the warm side. As of Monday, the projected high in Santa Monica will be 88 degrees. I’m most likely not going to be starting until between 7:30 and 8am. Which means, I’ll be running through really hot weather. So, I’m concerned about that. Otherwise, I feel really good about where my conditioning is. I feel like I’m finishing this training cycle really strong and I’m ready to take on that marathon!

6 Replies to “Finishing the Week Before the LA Marathon Strong!”