Now that my race calendar for 2014 has come to a finish, it’s time to start thinking about 2015. I’ve already registered for 4 races in 2015 already. My new training cycle has begun and is squarely focused on the 30th running of the Los Angeles Marathon, March 15, 2015. However, I do have more on my mind than just my second full marathon. So, let’s look into what I’ve been thinking about for 2015. 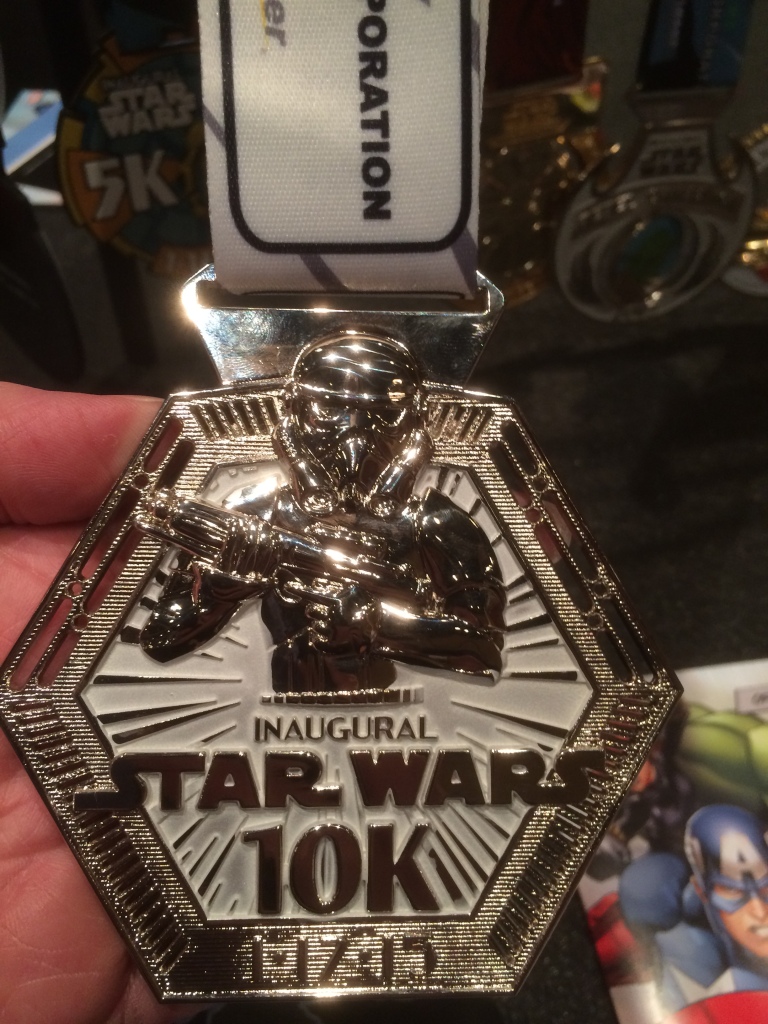 My next two races will occur during the Star Wars Half Marathon Weekend – January 16-18, 2015 as part of the Star Wars Rebel Challenge. First up is the Inaugural Star Wars 10K race on January 17, 2015. This race will be run with my wife. So, there are no time goals in the plans. I simply plan to enjoy whatever runDisney and LucasFilm have in store for us runners. Rudy told me there are big plans in the works for the entire weekend. I’m not going to be training for this weekend like I trained for the Dumbo Double Dare (even though it’s essentially the same challenge with a different name).  I have a 20 mile run on the calendar for the weekend before the Star Wars races as part of my training for the LA Marathon. Hopefully, if I can finish those 20 miles, finishing 19.3 miles over 2 days won’t be so bad. 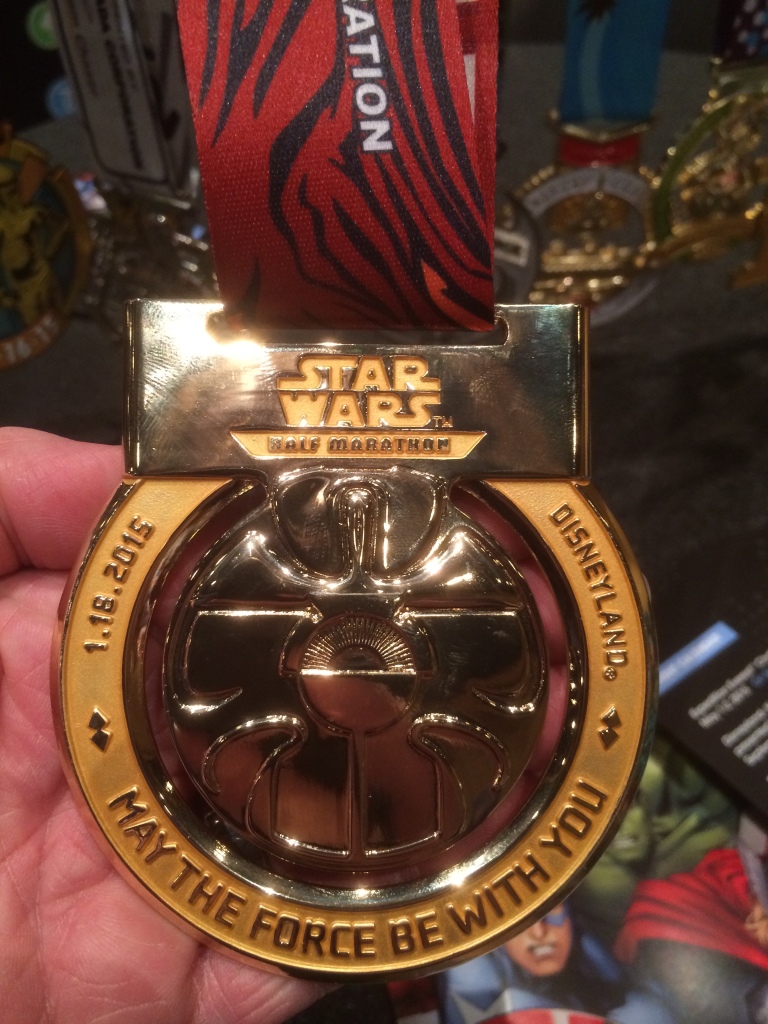 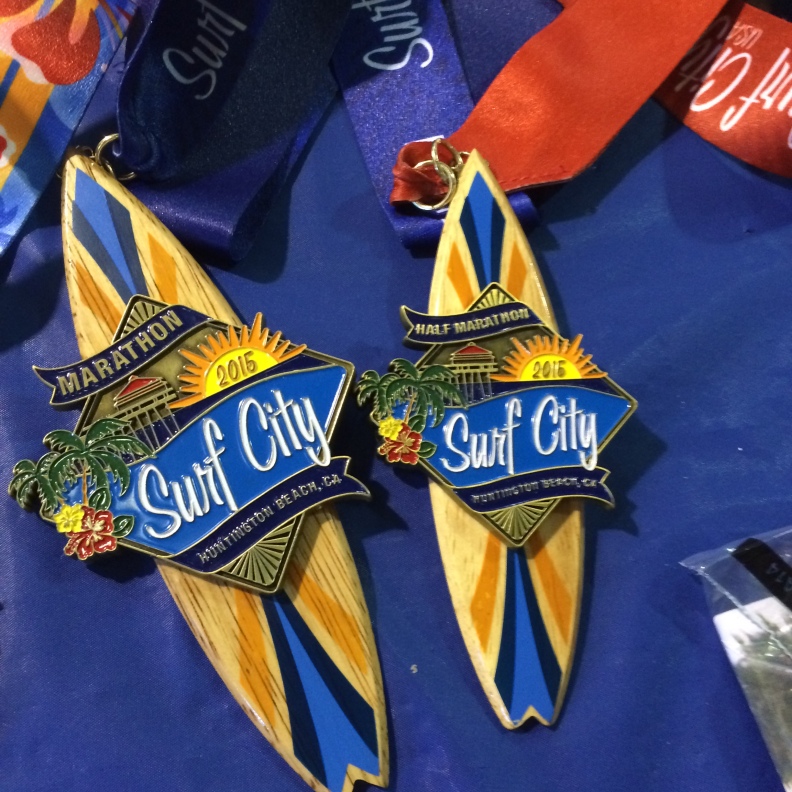 On February 1, 2015 (Super Bowl Sunday), I’ll be running in the Surf City USA Half Marathon in Huntington Beach. I loved running this race this year and can’t wait to run it again! They have surf board medals! To top things off, I love running at Huntington Beach anyways and the course is pretty flat and fast. My first time running here brought me my second fastest half marathon to date. On February 1st, I’ll be looking to set a new half marathon PR. When this race comes around, I’ll be in the peak of training for the Los Angeles Marathon. When I was training for the 2014 Walt Disney World Marathon, I set my current half marathon PR while running the Rock n Roll Los Angeles Half Marathon. In the three weeks leading up to this race, I’ll be running 20 miles, covering 19.3 miles as part of the Star Wars Rebel Challenge, and 7 miles. It’s almost like a mini taper period…except that I have 23 miles on the calendar for the week after this race. Given all of this, I think a half marathon PR is totally doable (of course, it’s only the start of December now and all things seem possible). 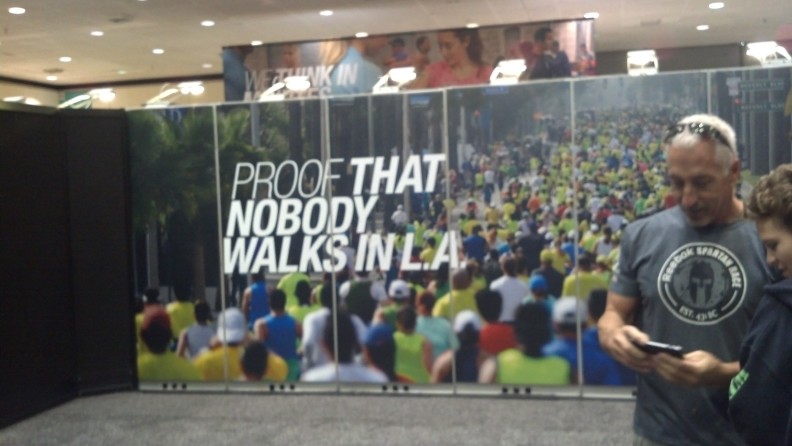 March 15, 2015 is what I’m training for currently…the 30th Los Angeles Marathon! Last year, I went to the LA Marathon Expo and felt bummed that I wouldn’t be running. Of course, I wanted to make sure how I felt after running 1 full marathon before registering for another one. I’ll be aiming to beat my 2014 Walt Disney World Marathon time in this race. I know that the course is more difficult than the Walt Disney World Marathon and I won’t have 4 theme parks to distract me. However, when I first even thought of running a marathon, it was the Los Angeles Marathon that I thought of. So, running this race will be a dream come true. Of course, it could also turn into a nightmare…they are dreams as well. Either way, everything I’m doing from now until March 15th, is all about finishing my second full marathon. Is it too much to ask for a half marathon PR on February 1st and a full marathon PR on March 15th? I’ll find out. 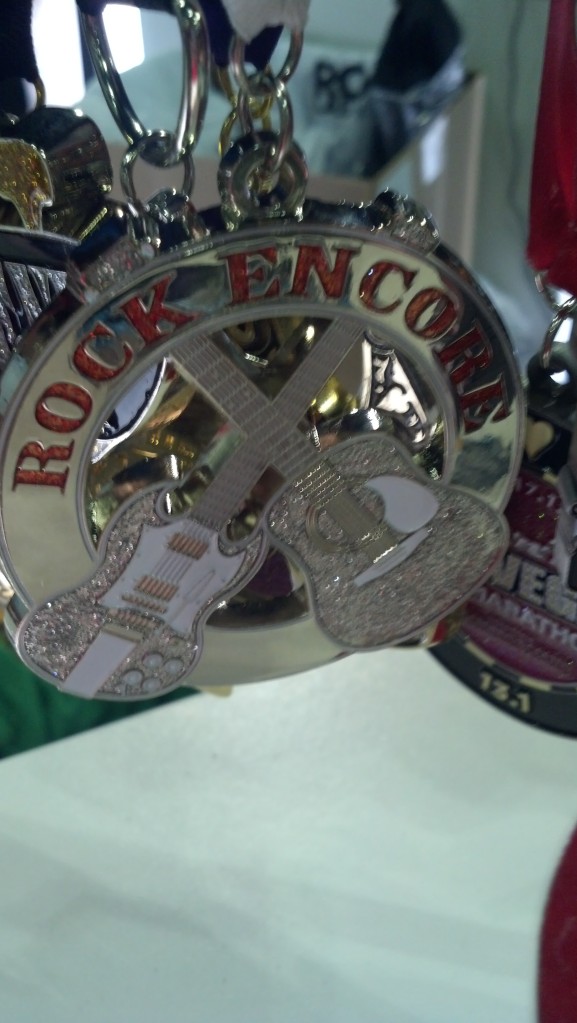 I want this medal in 2015. So, running 2 of the Rock n Roll Half Marathons is in the plans. I’m also still planning on running the 2015 Avengers Super Heroes Half Marathon. I truly feel like, in spite of the winds, it was a fantastic race course to run. So, I’ll be back.

As for 5K’s, the Angels Baseball Foundation 5K is on my radar for sure. It will be my 4th time running this 5K. This year, they really upped their game for this race. They finally had a finishers medal. They added cardboard stand ups of a few of the Angels players for pictures (and even had those areas staffed with Angels cheerleaders for taking pictures!). There were 2 bands on the course…not bad for a 3.1 mile race. And, you get to run through Angel Stadium. This Angels fan just can’t say no. Depending on whether or not I run this race solo, this could be a PR attempt at the 5K distance. The race is April 11, 2015…almost a month after the LA Marathon. So, I’m not sure it falls in a good place for a PR attempt.

The 5K PR will be the hardest one for me to get. When I ran my current 5K PR, it was towards the end of a couch to 5K training plan. In that race, I ran almost the entire first 2 miles before running out of gas. I ran almost a mile and a half without stopping. Then, at the turn around, I walked for a minute or two before running again to the end of the 2nd mile. So, to get to that 5K PR, I’m planning on adding some treadmill running to my gym workouts. I’m going to do what I did the last time I was able to run an entire 5K without stopping. This was before the running journey started. Back then, I started off with walking a quarter of a mile, running a quarter of a mile, walking a quarter of a mile, and running a quarter of a mile to get to 1 mile. I did this on the treadmill 3 times a week for two weeks. Then, I walked a quarter mile, ran a half mile, and walked a quarter mile 3 times a week for 2 weeks. Then, I walked a quarter mile and ran the final 3 quarters of a mile to finish a mile. Two weeks later, I ran a mile without stopping. From there it was a matter of adding a quarter to half mile at a time until I got to 3.1 miles. So, I’m going to start the same way on the treadmill and see where it goes from there. I’d love to be able to run an entire 5K without stopping before the end of the year. Maybe I’ll have to register for the Avengers 5K in 2015. Hmmm. 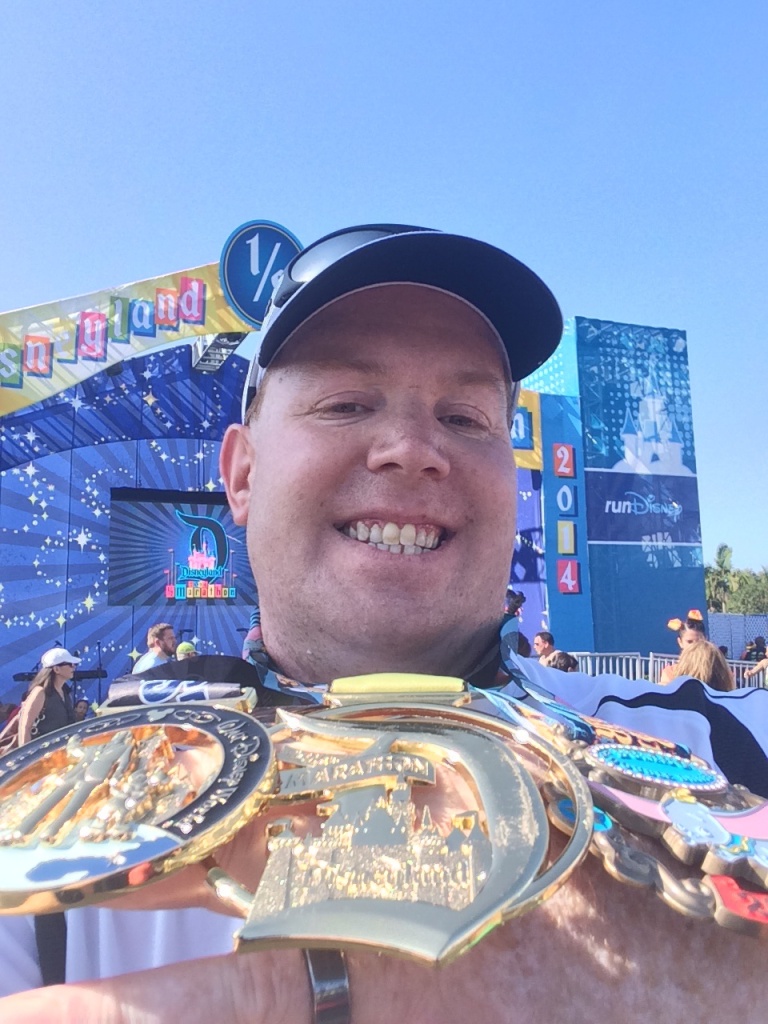 As of now, I don’t have any desire to run the Dumbo Double Dare in 2015. However, I have liked the Disneyland 10K course. This is a possible spot for a 10K PR for me. Of course, that means running the race for time and not for all the pictures. However, wouldn’t it be cool to say that you got your 10K PR at a runDisney race? There’s another 10K race in Cypress, California in July that could also be the landing spot for that 10K PR. I ran the 5K course a couple years ago and know it’s a very flat course and ideal for PR’s. 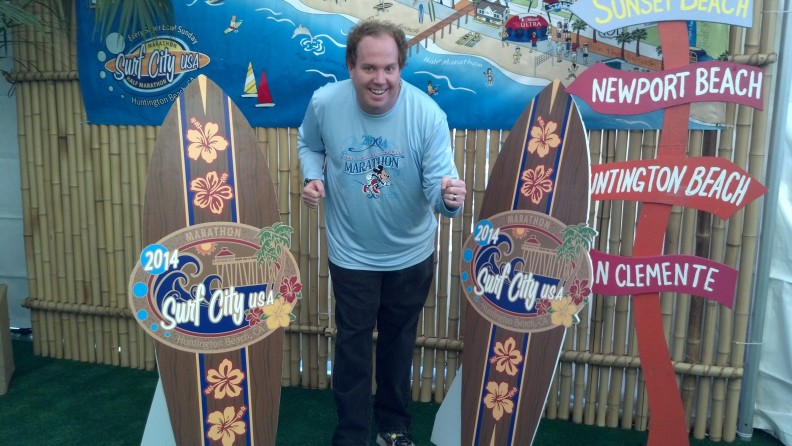 No matter what happens, I’m dreaming of making 2015 the year of PR’s! Have you started thinking of 2015 yet? What are your goals for the new year?

4 Replies to “Looking To The Future”