Yep, I’ll be running at Captain America himself for the Avengers Super Heroes Half Marathon. I tossed around a few other ideas. However, this is the one that I liked best given that we can’t wear masks. Otherwise, I had an idea for an Iron Man costume for the half. This isn’t my first time running as Cap. 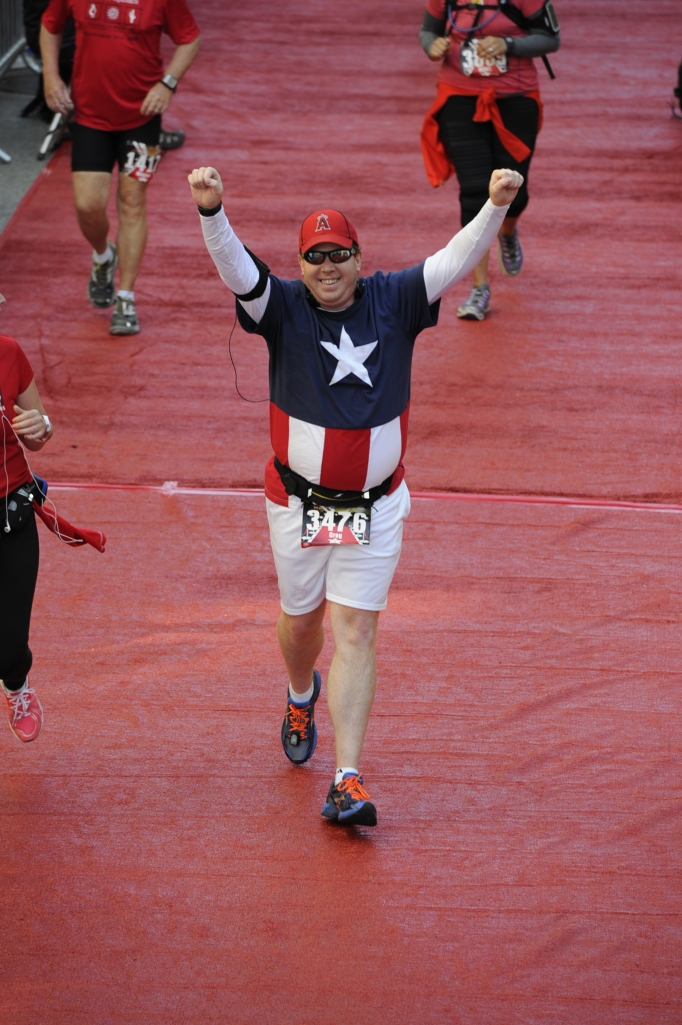 Earlier this year, I donned the star and stripes for the Hollywood Half Marathon.

Then there was the first time I donned a costume type outfit at the 2013 Los Angeles Rock n Roll Half Marathon where I set my current half marathon PR. 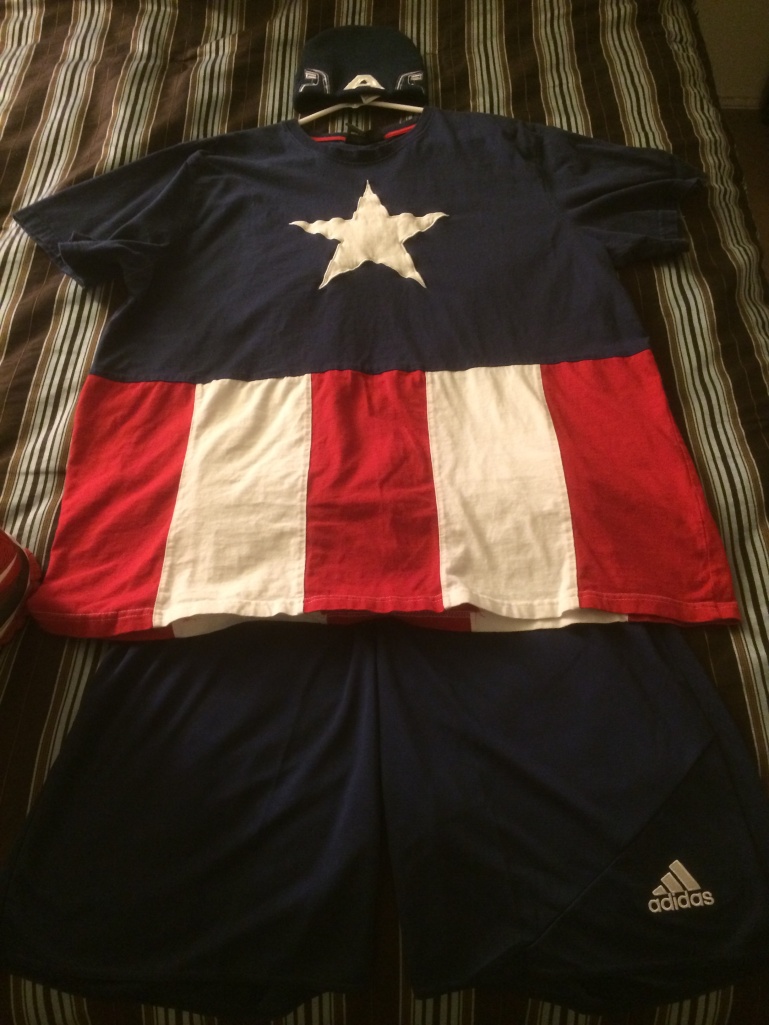 Here’s what I’ll be wearing for the Avengers Super Heroes Half Marathon. 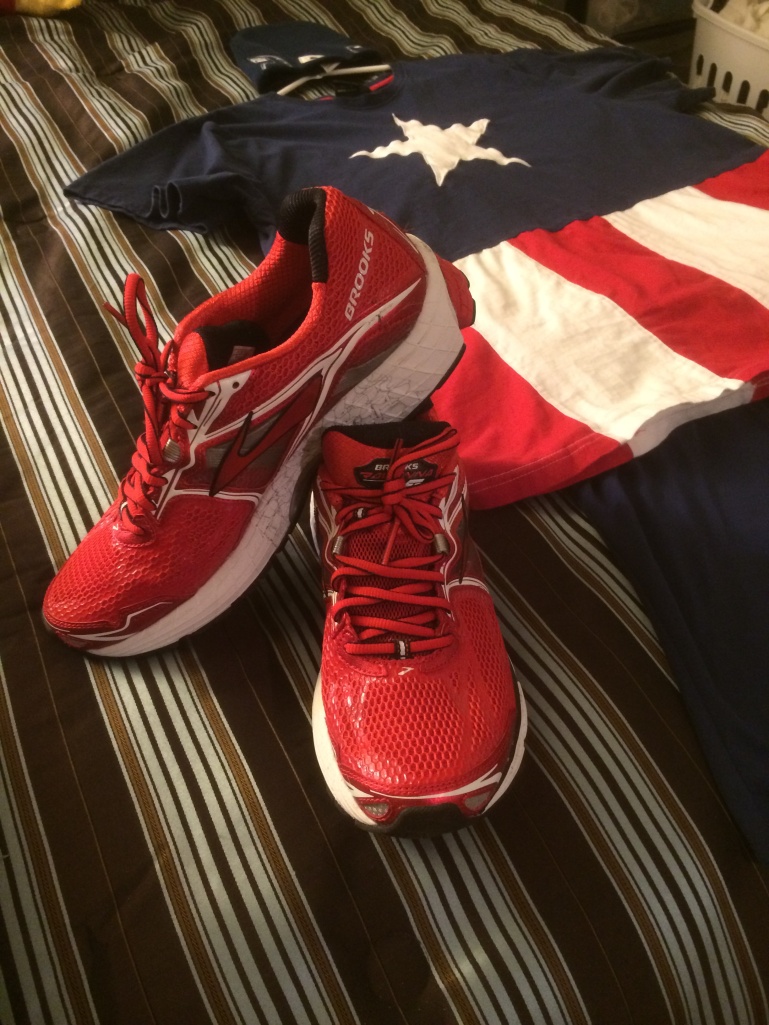 Here’s the whole ensemble.I know…Captain America without his shield seems wrong. However, I know I won’t be able to run with the shield for long. So, it’s just better to run without it. There you go…I’ll be running as Captain America. The folks at runDisney must have known.

If you’re running, are you running in costume? If so, who?

2 Replies to “For the Avengers Super Heroes Half Marathon, I will be Running as….”