In what is becoming a new annual tradition, the Disney theme parks are hosting another 24 hours of Disney that started today at 6am. So, from 6am today through 6am tomorrow, the  Disneyland Resort and the Magic Kingdom will be open for business. The first time Disney hosted such an event was on February 29, 2012. Back then, the event had two totally different outcomes. The 24 hours of Disney at the Magic Kingdom went off with very little drama. However, at Disneyland, which is much more of a locals theme park, the crowds swelled beyond the loftiest of Disney expectations for a day in the middle of the week in February. It was a day that was not blacked for annual pass holders. Once they got off from work, they headed to spend the rest of the evening at Disneyland. The bad part was that it happened after upper management at Disneyland left for the day, leaving the middle level managers to deal with the crowds they were not prepared for. To make matters worse, the traffic around Disneyland made it nearly impossible for reinforcements to be called in. All of that lead to keeping cast members well past their scheduled shifts. It was a crazy scene. Last year, they did this event on the same weekend it’s being held this year… Memorial Day Weekend. They planned much better and the craziness of 2012 was nowhere to be seen.

I saw this picture on the Touring Plans twitter feed. I love me some Marvel movies. So, this would be very cool to me. If you’re going to be at Disneyland for the full 24 hours, why not break up your day with some Marvel movie fun at the Captain EO theatre for no extra money? I’d be down for the marathon. The only thing that would make this cooler is if they also were showing The Avengers, Iron Man 3 andThor: The Dark World as well. With Captain America: The Winter Soldier still playing in theatres, I know they wouldn’t include that. How long until that Avengers Super Heroes Half Marathon again? 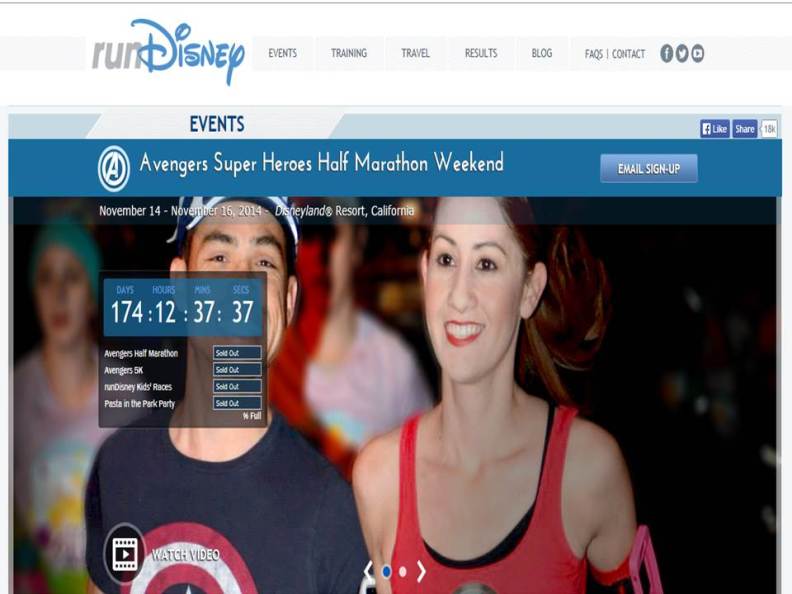 174 days? That’s still too many to wrap my head around. 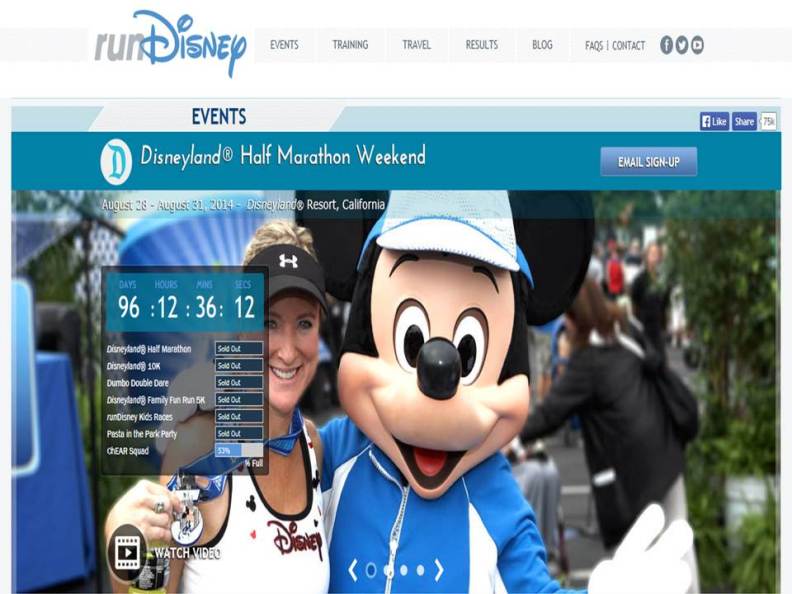 I know that I can’t wait until I’m crossing the finish line again at the end of the Disneyland Half Marathon! By the way, are any of you at one of the Disney theme parks for their 24 hours of Disney experience right now? If so, I hope you have a magical 24 hours. If you aren’t there, you can always go there virtually. The Disney Parks blog has this live feed of Disneyland. Click here to check it out! I love this idea! You can toggle through live feeds at Main Street U.S.A. and the Rivers of America at Disneyland. Also, you can see live feeds from Cars Land and Paradise Pier at Disney California Adventure. There will also be live coverage of Mickey’s Soundsational Parade (6:30pm and 12:30am PDT), Fantasmic (9pm and 10:30pm PDT), “Magical” Fireworks (9:25pm PDT), Sunset over Cars Land (approx. 7:40pm PDT) and World of Color (9:45pm and 3am PDT). I say that if you can’t be at the parks, there’s always a way to fill your day with Disney magic. Of course, nothing actually beats the experience of being at the Disney theme parks in person. Have a magical weekend everyone!

5 Replies to “Are You Rocking Your Disney Side Today?”