As you may recall from last year, the Dumbo Double Dare is a challenge to complete the Disneyland 10K 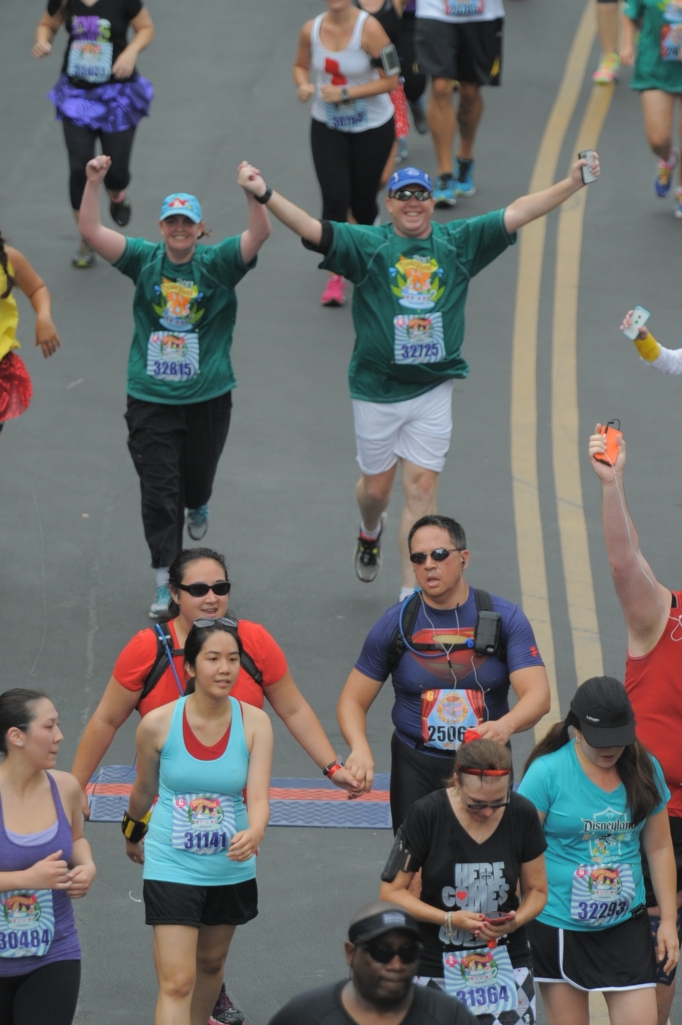 and Disneyland Half Marathon

on back to back days. Not only that, but you have to be registered for this challenge. Last year, the event sold out way quicker than I was prepared for. So, I had to settle for just running the same 19.3 miles in 2 days as the Dumbo Double Dare runners ran without the extra bling. You see, when you’re officially registered for the Dumbo Double Dare, you get an extra medal… 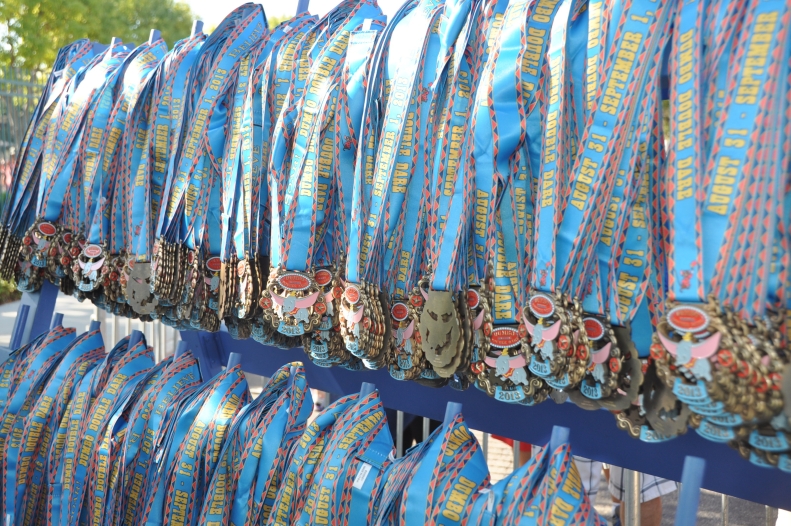 So, last year, I did the distance without the extra bling. This year, not only will I walk away with 3 medals for completing the Dumbo Double Dare, but, I will also be walking away with the Coast to Coast medal because I finished the Walt Disney World Marathon and Disneyland Half Marathon in the same calendar year. So, this extra medal will make 4 for the weekend…

I’ll get 4 medals after finishing the 2 races. Not bad.

On top of that, I’ve booked a room at the Disneyland Hotel for the weekend. It’s a bit of a splurge. However, last year, it seemed like the Disneyland Hotel was the best hotel to be staying at for the races. First, I’ve always wanted to stay at this hotel. As a Southern California native, it always seemed like a waste of money. However, for years, I wondered what it would be like to stay in the original Disney hotel. Second, it’s right there where the races start and end. Also, I noticed this more for the Disneyland Half Marathon than the Disneyland 10K, it would be much easier to get back to your room after the races if you stayed at the Disneyland Hotel. The 10K race finishes by running through Downtown Disney. So, if you finish on the earlier side of that race, you had to wait for breaks in the runners to cross into parts of Downtown Disney. For the Half Marathon, I noticed the same thing. Trying to get back to my hotel after the Disneyland Half Marathon last year, was a bit of a chore. I was tired and beat from running in the sun for 3 hours. However, the hotel I stayed at had an 11am check out time. So, even though I would have preferred to take my time getting back to the room to check out, I had to rush along. We barely made it in time. Not this year. This year, I’ve also decided to stay 3 nights at the Disneyland Resort so Brooke and I can play at Disneyland after the Half Marathon. Since we won’t be checking out until Monday and are just a short walk from the theme parks, it should be a fun night. That way, I can get this picture right after the race.

So, are there any other fortunate readers here to be running in the Dumbo Double Dare this summer? I’m really looking forward to Labor Day Weekend. Last year, the 10K course was one of the most fun race courses I’ve ever run! I also loved running the Disneyland Half Marathon! This year, my corral placement should be better as I’ve improved my half marathon time. Plus, I’m looking at running 3 more half marathons before the June 1st cutoff for time changes. It would be fantastic if I could beat my 2 hour, 43 minute finish from the Rock n Roll Los Angeles Half Marathon before then. My next runDisney adventure is now set. Can’t wait!