Back in 2008, as Brooke and I approached the two-year anniversary of our first date, we had decided to celebrate in our favorite place…Disneyland. There is a long back story to this, which I’ll spare you. However, what I knew and Brooke didn’t know was this trip to Disneyland would be more special than any other time we’ve been there. Even though I knew that we couldn’t get married (for various reasons) until the summer of 2009, I wanted to put an end to any thoughts she might have about us not getting married. Brooke is my princess. Where do you propose to a princess? A castle. Well, Disneyland offered the closest castle. So, that’s where I wanted it to happen. 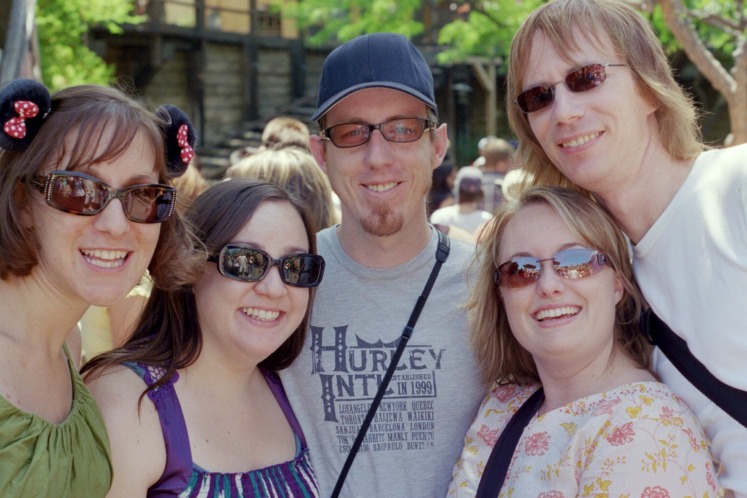 Above are some of the cast of planners who helped. There was a lot of planning that went into the day. I got several of our friends to join us (without Brooke knowing beforehand, of course). A search of you tube videos gave me the perfect idea for where everything would happen. I couldn’t propose right in front of the castle because so many people go through that area. Too many distractions. So, I chose to propose here… 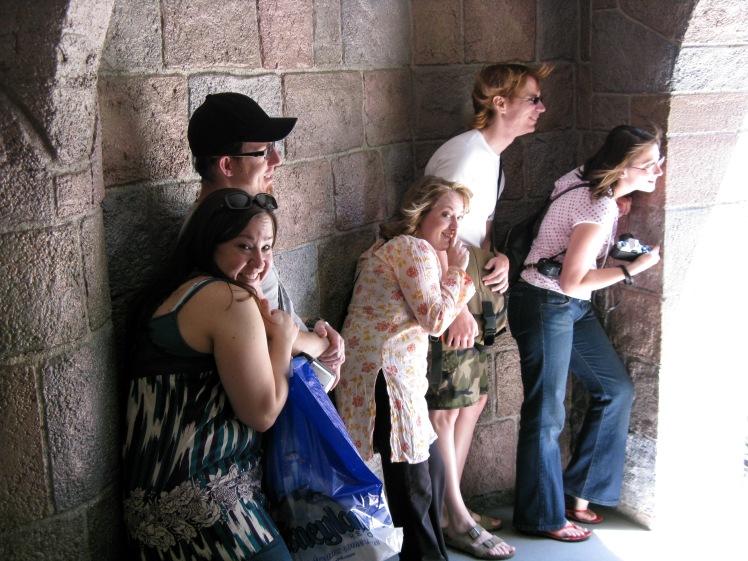 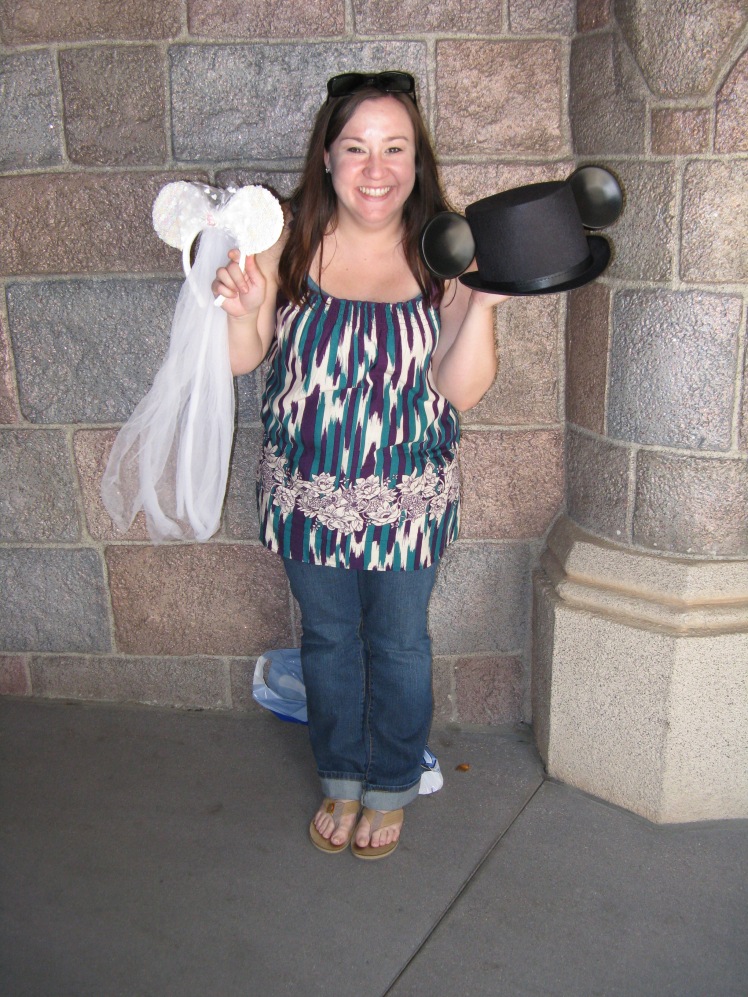 After riding the Buzz Lightyear Astroblasters, I told Brooke that we should go check out Peter Pan as our next ride. Then, I directed her through this way to get there from Tomorrowland. She didn’t remember seeing this place before. That gave me a good reason to have us stop. After all, we should get a picture there. Right? There was a family taking pictures here. So, we had to wait for them to finish. While waiting, I saw my friend Josh with his video camera (he was going to video tape the proposal). 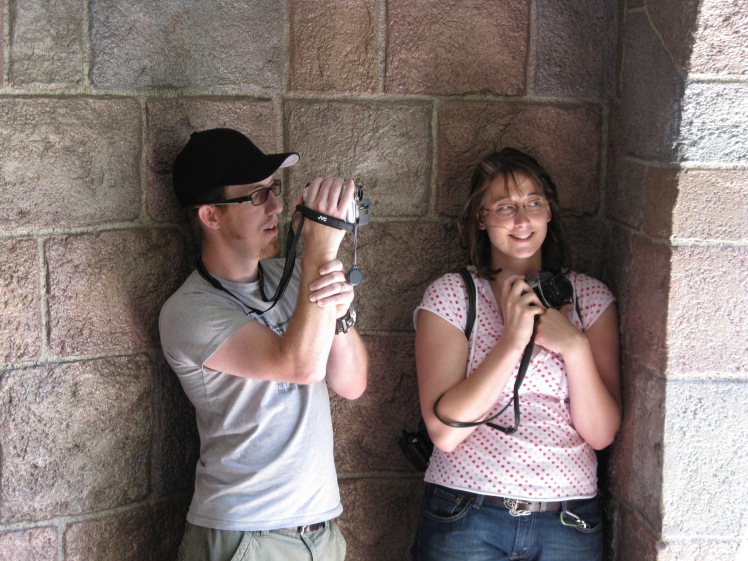 When I saw him, I knew that I needed to keep Brooke from looking his direction. Once the family before us was done, they agreed to take a picture of us. Call this picture, the before picture. Once the picture was taken, it was time for me to go into my prepared proposal. However, Brooke, not knowing what I was going to say, started taking pictures of the area we were in. So, I stopped after a few seconds of my proposal to wait. That gave Josh time to move in with the video…

And then, I finally got into the rest.

Our friends came out from their hiding places and yelled “Congratulations!” At first, Brooke thought that it was just some random strangers who happened to be there and noticed that a proposal was happening. Then, she realized…hey, I know these people!

Wendy came out with our bride and groom Mickey ears and also gave us anniversary celebratory pins (because they were out of the engagement pins at City Hall).

As you can see, it was smiles all around!

After chatting with our friends for a little bit, we went into the hallway that leads to Fantasyland to tell our parents the good news! That’s when the most unexpected and unplanned, yet completely magical, moment happened…

The Mad Hatter walked into the hallway and asked who was crowding his hallway. Our friends told him that we just got engaged. So, after seeing the ring, he had us re-enact the moment…. 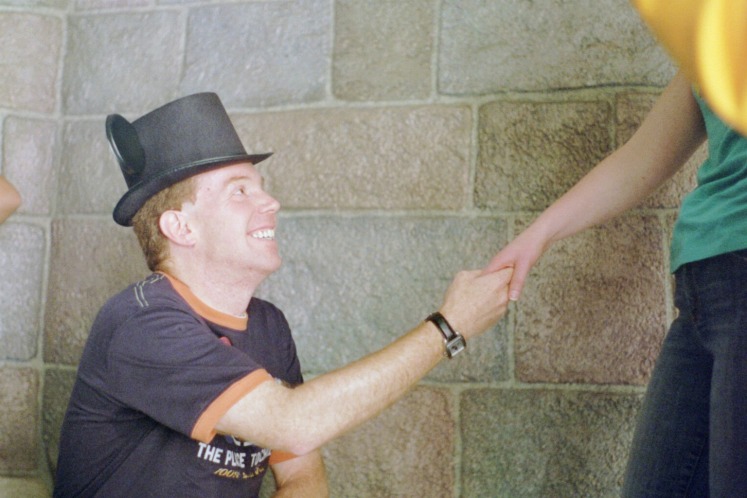 Although, he had his own words for me to say…

Needless to say, the Mad Hatter’s proposal was completely silly and had all of us laughing very hard. He wanted me to say, “I Greg ask you Brooke to get out of my life forever!” I told him that I couldn’t say that last part because I wanted her in my life forever. He replied, “Oh well, if that’s the case, then the future groom may kiss the future bride.” The best part, for me, is that I have the whole thing on video!

From there, we proceeded to go on Pirates of the Caribbean because there was still a little time before our lunch reservations at the Blue Bayou.

We timed the ride perfect for our reservation. When we got to the waiting area, it wasn’t long before we were seated. Of course, Brooke wanted a picture of her new ring.

In case any of you were wondering, this was the exact ring that she wanted. When we went out ring shopping, many months before, this was the ring she didn’t want to take off. 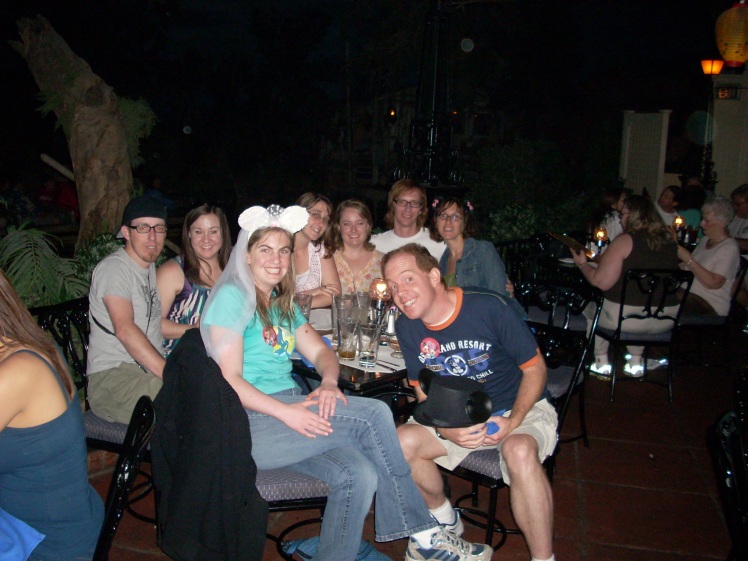 Getting seating for a group of 8 at the Blue Bayou was not easy. I guess that the max size of a group they take is 6 normally. However, after talking with a manager at the Blue Bayou (before the engagement), we were able to make the reservation for 8. I was really stoked that we got waterfront seating! 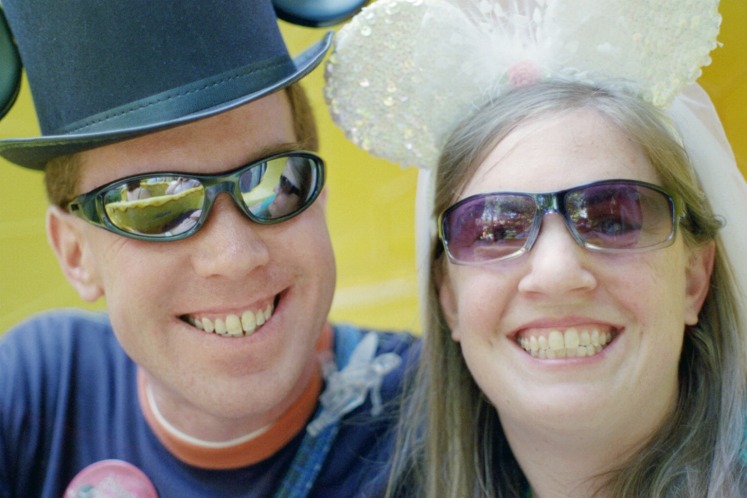 After lunch, it was off to play in the park. Brooke and I had fun with pictures in Toon Town…

While in line at the Peter Pan attraction, our friends had fun congratulating us at each turn the line made. The fun part of wearing “anniversary” buttons is getting all of the congrats from random strangers. We were asked quite a few times how long we’d been married. Then, when we’d set the record straight that we had just gotten engaged, we were asked when we were getting married. As we were in line for the Nemo Subs, Brooke decided we should just look at the calendar for the summer of 2009. You know…just for fun. Within a few minutes, we set our wedding date! And it turned out to be the actual day we got married…August 8, 2009.

Well, all good days eventually come to an end. So, after a fun-filled and magical day, it was eventually time to end our day. We came into Disneyland as a couple celebrating 2 years of dating and left an engaged couple! Yes, it was a magical day! 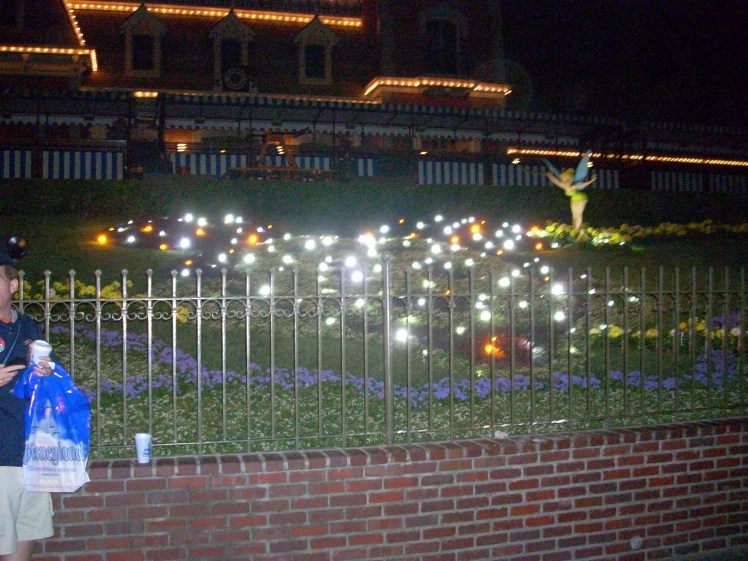 Thanks for taking this trip down memory lane with me. What was your favorite Disney day? 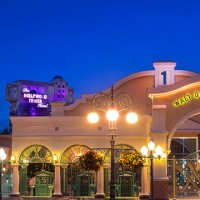