Yesterday, I mentioned that the running community was going to be wearing race shirts today as a show of support Boston, the runners and spectators who were affected by the terrorist attacks on the Boston Marathon. This is what I wore to work today.

In addition to wearing the shirt, which gave me several opportunities to share why, I decided to join other runners who were dedicating runs today to those in Boston.Some ran 2.62 miles in honor of those that were running 26.2 miles. A co-worker told me of a group of people who were running whatever was left in the marathon when it was stopped for those who were not able to finish (because of the explosions). I took the path of running 4.09 miles because the race clock read 4:09 when the first explosion went off. 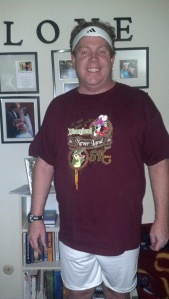 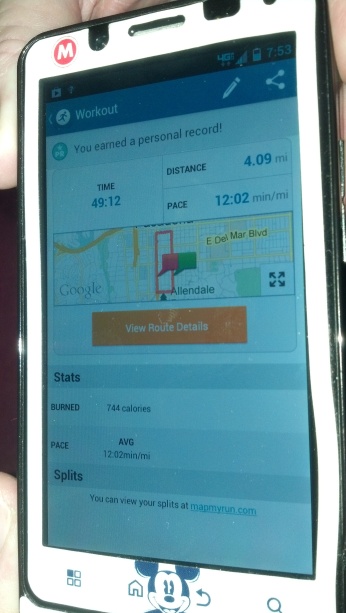 There are lots of things a person could run for. I love running for Disney. Tonight, I ran for Boston.